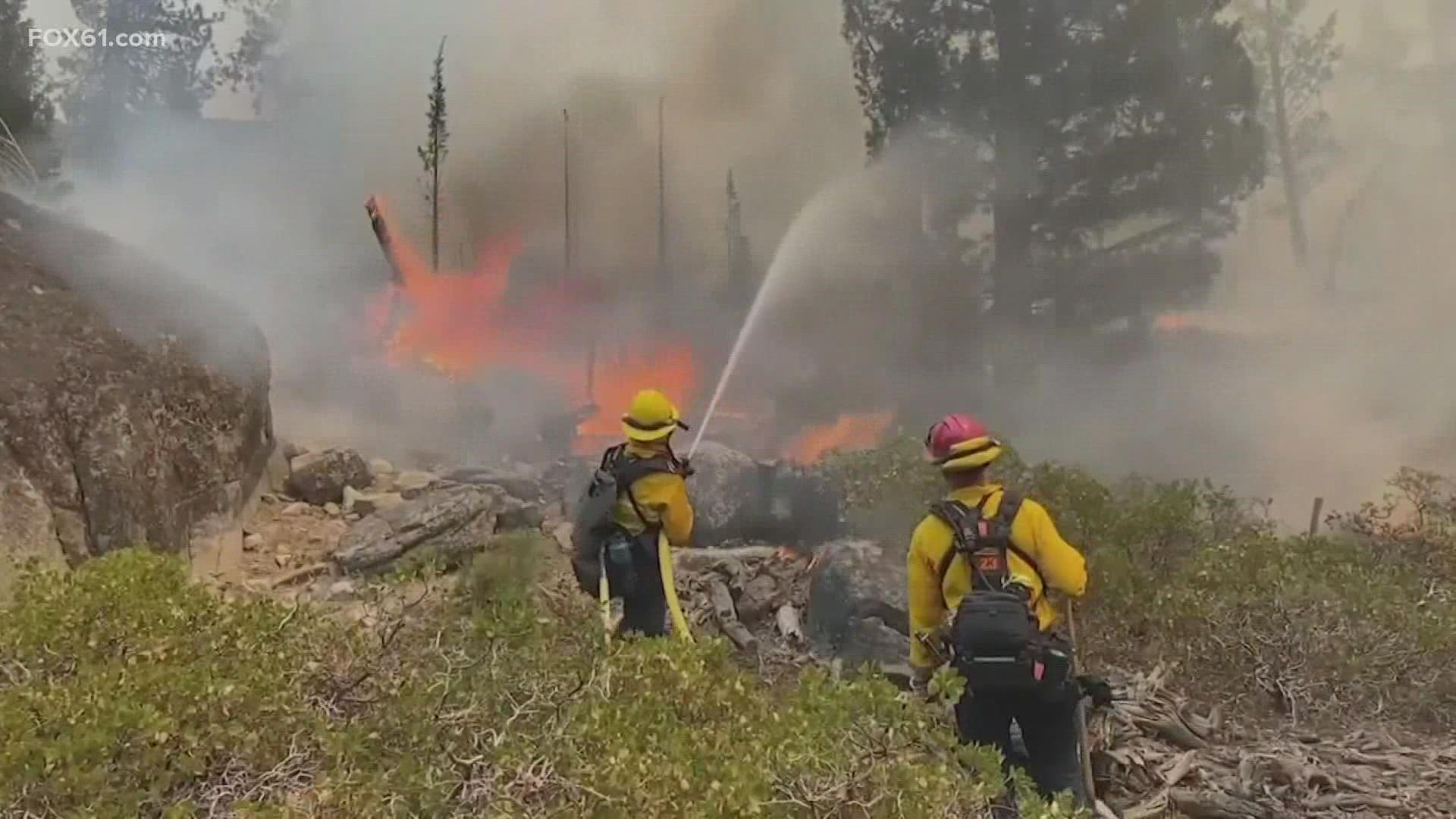 MARLBOROUGH, Conn. — Each Summer the raging wildfires seem to get worse, and, in 2021, fire crews around the country have kept busy battling back against flames that threaten homes and entire neighborhoods in western states.

The Connecticut Department of Energy and Environmental Protection (DEEP) has a hand in helping extinguish those fires from Washington State to Arizona, to California, and across the country. This summer, as wildfires spread across the western states, the DEEP’s Connecticut Interstate Fire Crew (CIFC) sent 48 members of its team to fight flames all over the U.S.

Amy Burgess, who has been a wildland firefighter since 2013 and is the Western Fire Control Officer with DEEP, volunteered to be deployed twice this summer to help fight fires, most recently on an assignment in Superior National Forest in Minnesota.

Burgess was working as part of a crew aboard a helicopter, helping to extinguish flames with water strikes from above.

“We were helping with resources like hooking the bucket up for those fires to be controlled with water,” said Burgess.

Fellow DEEP staffer Rich Scalora spent some time in Washington State this Summer and also volunteered for an assignment in Superior National Forest in Minnesota as recently as last month.

Scalora, who worked for years as a volunteer running the Berlin Fire Department, is the supervisor of the DEEP’s emergency response unit.

Working with an engine company on the ground in Minnesota, Scalora added that Connecticut firefighters on the Interstate Fire Crew truly make a difference.

“You know our little small state of Connecticut, our excellent equipment and our well-trained staff, we want to get out there and get it done,” said Scalora.

Both Scalora and Burgess are likely done with deployments to help fight fires in other states this season but both expect to return to the hose lines next year.

“Just knowing that I am helping out others throughout the whole country and even in our backyard to assist is pretty awesome," Burgess said.