CT DPH says they are ready for booster shot rollout

A Pfizer booster has already been available for those 65 and older and more than 110,000 people have gotten it. 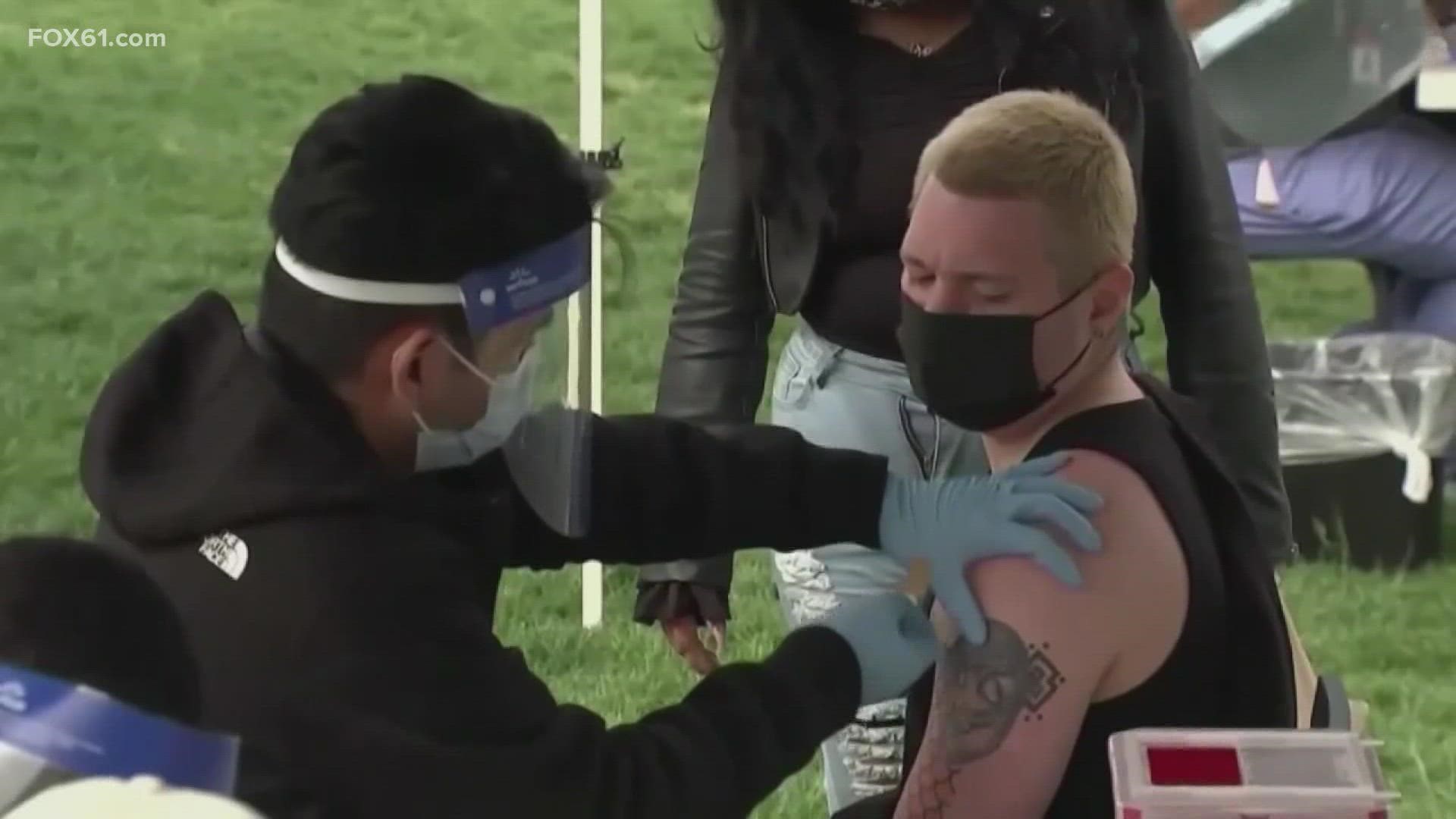 HARTFORD, Conn. — The commissioner of the Connecticut Department of Public Health says the state is ready for the rollout of COVID-19 vaccine booster shots.

After getting the green light from the Food and Drug Administration, a panel for the Centers for Disease Control and Prevention on Thursday endorsed extra doses for all three of the nation's vaccines. The panel also said people could choose a different company's brand for that next shot.

The endrocement is poised to pave the way for millions of people in Connecticut and across the country to once again roll up their sleeves.

“We really have the infrastructure in place between pharmacies and a number of different locations where people can get boosters,” said Dr. Manisha Juthani. “So, I don’t anticipate that people will see mass vaccination sites at the same rate that we had the first time around.”

Just a month on the job, Juthani is Connecticut’s newly minted public health commissioner. She told FOX61 she won’t let a focus on boosters overshadow the state’s outreach efforts to the thousands of Connecticut residents who still haven’t gotten the first dose.

“Our outreach efforts still show that there are people who are still considering vaccines,” she emphasized. “They just need a little more time and information and state mandates and private-sector mandates are coming into effect as well.”

A Pfizer booster has already been available for those 65 and older and more than 110,000 people in Connecticut have gotten it.

“I am planning on getting a booster. I think that the research presented thus far supports that,” David Lovejoy, of West Hartford, said. “I’m fairly conscious about wanting to protect myself and those around me.”

BOOSTERS IN CT: After @US_FDA green light, CDC panel is meeting now and seems poised to reccommend boosters for @moderna_tx and @JNJCares. @pfizer boosters are already being administered for those 65+. @FOX61News pic.twitter.com/xvgggBfUVm

A third shot of Moderna would likely be a half dose, as studies show the vaccine is still relatively efficacious. Meanwhile, J&J boosters will also be available, but with a potential focus on mixing and matching after a limited National Institute of Health study showed a benefit to getting an MRNA dose instead of another J&J shot.

“I would say I would be open to mixing and matching depending on what would be the most recommended, but I would like to see some data from the scientific community,” said J.J. Bronson of South Windsor.

BOOSTERS IN CT: Limited @NIHstudy shows mixing & matching might be most beneficial to J&J vaccine recipients. Scientists suggest it should have been a two-dose vaccine to begin with. Combining viral vector J&J with an MRNA vaccine may result in more broad protection. @FOX61News pic.twitter.com/vxswfxaO7s

Overall, Connecticut ranks 2nd in the nation with 70% of the population fully vaccinated. The percentage jumps to 80% if the number of residents who are below the age of 12 is subtracted as they are not yet eligible to get vaccinated.

Currently, there are 416 vaccine clinics across the state and most of them don’t require an appointment. For residents who need help to find where to go, call the United Way 211 vaccine assistance line.

BOOSTERS IN CT: I asked @CTDPH if this is considered herd immunity. @DrJuthani suggested that given the infectious nature of the Delta variant, we aren't certain what herd immunity is. She wouldn't be surprised if we see a COVID infection bump during the colder months. @FOX61News pic.twitter.com/1AFdn6jlXA

“The service we are providing to the residents of Connecticut is to help them find the location nearest to them that offers the vaccine at a time and under the circumstances most convenient for them to get it,” explained Lisa Tepper Bates, the President & CEO of the United Way of Connecticut.

Juthani told FOX61 that once the CDC signs off on boosters, they would be available almost immediately. The rollout would likely be done in phases, by age. And she said Connecticut has plenty of supply to meet the demand.