Manhunt Suspect: Who is Peter Manfredonia? 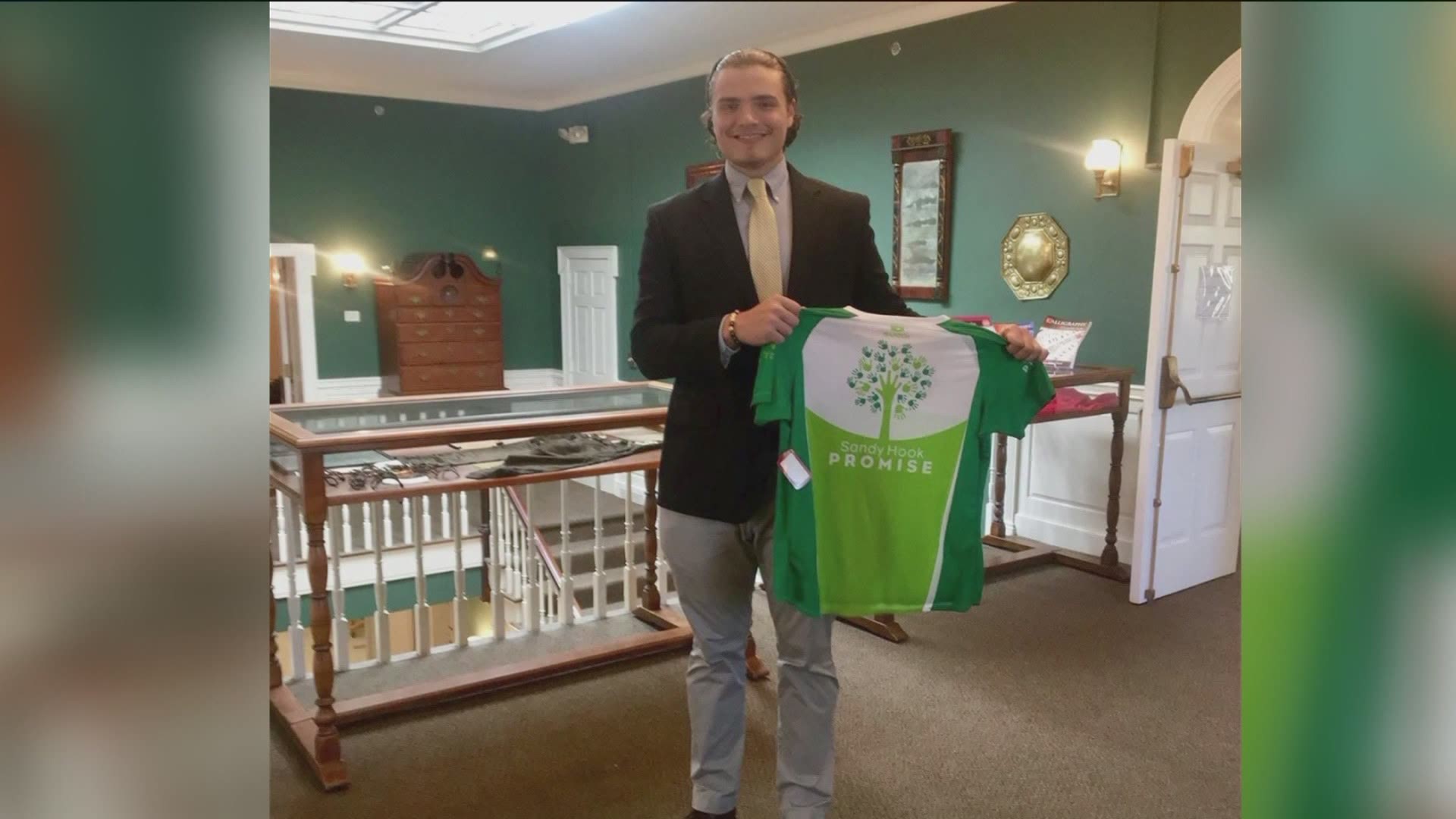 NEWTOWN, Conn. — Yet another tragedy for the residents of Newtown to deal with.

Peter Manfredonia, 23, a UConn student, who is the suspect in the killings of men in Willington and Derby over the weekend, grew up in Newtown. He was an accomplished high school football player and an honors student. And those who knew him, back then, say they’re beyond stunned by these developments.

While nobody in the town, where 20 children and six educators were shot to death, in December 2012, was talking on the latest tragedy, some of the suspect’s Instagram posts captured attention.

On Manfredonia‘s Instagram account, there are pictures of his association with two organizations that arose from the Sandy Hook Elementary School shootings in December 2012.

August 15, 2019, he posted a picture of himself holding a cycling jersey and wrote “Proudly representing Sandy Hook Promise for the biking leg of my triathlon.”

August 19, he noted he was representing the Avielle Foundation, in memory of Sandy Hook victim Avielle Richman, writing he spoke to Avielle’s mom and “I can’t thank her enough for embracing me the way she has and I’m excited to continue the effort of preventing violence and promoting compassion.”

Then, September 7, a picture of him after having participated in the triathlon. And, at the end of that post he wrote “excited for what’s soon to come.”

A spokesperson, for the Avielle Foundation, citing an ongoing investigation, said now is not the appropriate time for comment, but said: “The foundation wishes to express our compassion to all the impacted families.“

According to his parents' divorce filing in 2012, Manfredonia’s family lived on Yogananda Street in the Sandy Hook section of town. That’s the same street on which the Sandy Hook Elementary School shooter and his mother lived at that time.

As a 2015 graduate of Newtown High School, where his mother is still a teacher, Manfredonia still has strong ties to the town. So, Newtown Police said they stepped up patrols. They have increased manpower, out an abundance of caution, And they encourage residents to be on the lookout for the man, who is said to be 6 foot 4, 240 pounds.