HARTFORD, Conn — On Thursday, protesters gathered at the state capitol. Many of them were holding up signs and some not wearing masks as they called on Governor Lamont not to extend his coronavirus emergency powers.

Lawmakers at the protest say the governor took action without including them in the decision.

“We are asking for a seat at the table so we can have a discussion with the governor and all the parties involved an discuss what to do and what’s best for the state going forward,” says Rep. Dauphinais

Lawmakers add that Connecticut is at a much better place now than back in March. They argue that there is no need for the governor to extend the executive orders that were put in response to the pandemic.

Families in attendance say the restrictions have impacted the economy, businesses, and schools in Connecticut. They are calling on the governor to fully reopen the state.

“Our kids need to be socializing, businesses need to be operating. We’ve been fortunate to still have our jobs... we can’t say the same for a lot of people here,” says James Turkosz, who brought his family to the rally.

Governor Lamont has defended his decision.

“I welcome everybody’s input but rather than making it more of a political process I think what I’d love to do is lead with the science and then keep the legislature involved closely along the way,” says Governor Lamont.

A special committee of 10 legislators can choose to vote and overturn the governor.

Some state lawmakers are again speaking out against Governor Ned Lamont's decision to extend his executive powers through February 2021.

Gov. Lamont has put in place dozens of COVID-19 related executive orders since March when the first cases were reported. Connecticut's first death related to the illness was reported on March 18th.

It's a similar message from yesterday as protesters gathered outside of the governor’s mansion.

Many say Connecticut's COVID-19 numbers have improved over the last several months and that the state is in a much better place compared to March/April.

So, they want Connecticut to fully reopen. 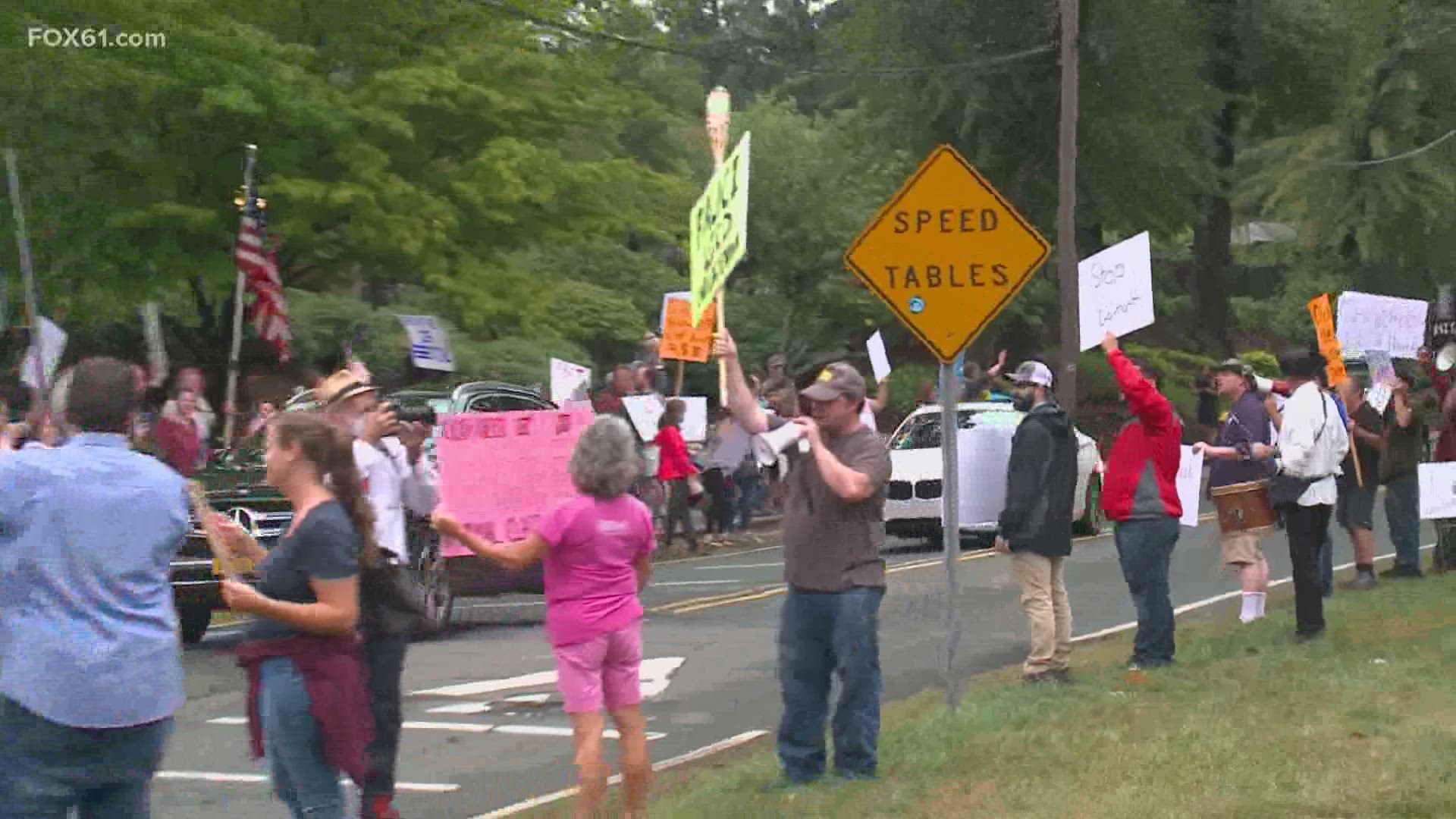