Potholes in CT: Keeping the roads, and your cars, safe

According to AAA, Americans spend over $3 billion repairing damage caused by potholes. 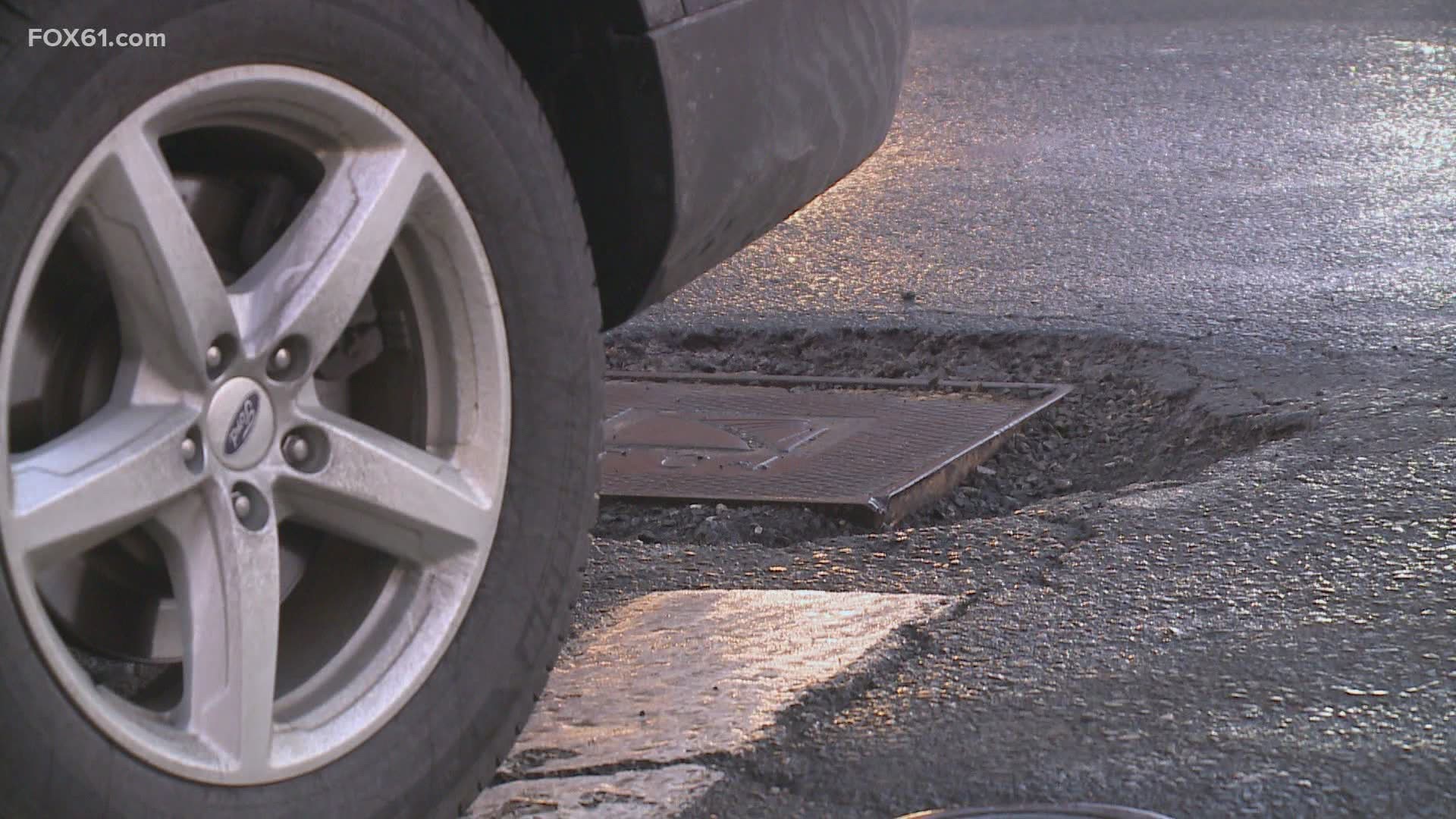 HARTFORD, Conn — In late-winter, potholes become a growing issue and are almost impossible to avoid.

With the warmer temperatures coming our way, will this problem continue to get worse?

“I think that over the next couple of weeks and going into early April, we’ll probably see a peak number of potholes,” said Michael Looney, Director of Public Works for the City of Hartford.

According to AAA, Americans spend over $3 billion repairing damage caused by potholes.

Potholes are caused by the expansion and contraction of water underneath the pavement, and when that water freezes, it expands and weakens the ground, causing cracks and potholes.

“This month [February] has been challenging because of having precipitation that melts and then freezes,” said Looney.

After the winter months wreak havoc on our roadways, DPW says it takes months to piece the roads back together.

“Now that we’re not out plowing as we were every 48 hours, we can get back to doing our road repairs," Looney said.

In the past, cold patches quickly fix potholes but weren’t always the best fix. Now, the City of Hartford is equipped with Hot Patch.

“With the hot patch, we’re able to make a more permanent repair to the potholes,” Looney explained.

“We try to drive around and hit the main routes and keep our eyes on all of our roads," said Looney, "We want to remedy the problem and make the roads safer for everyone."

Experts say you should maintain your car by having the proper tire pressure and checking your alignment regularly if you encounter a pothole.