In Hartford, people gathered Saturday for a peaceful protest against police brutality at Bushnell Park, with plans to then march to the State Capitol. 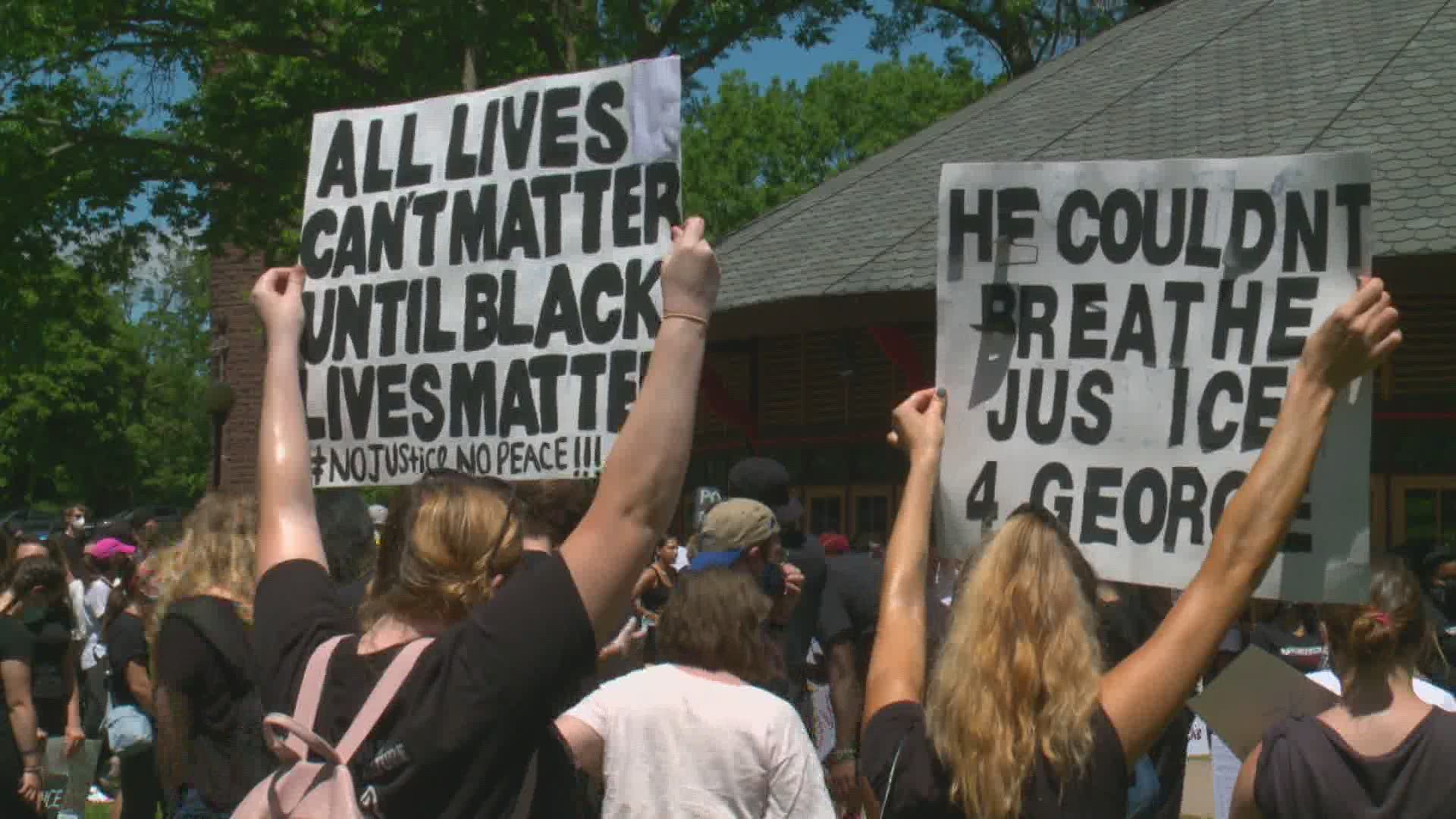 HARTFORD, Conn. — George Floyd's death has been felt all over the country, including Connecticut, as protests spread from coast-to-coast.

Black Lives Matter demonstrators in the state gathered Friday and the rallies continue this weekend.

In Hartford, people have gathered Saturday for a peaceful protest against police brutality at Bushnell Park, with plans to then march to the State Capitol.

Mayor Bronin released the following statement on the protests:

“Today we saw a large, powerful, and peaceful protest in our city, with most attendees wearing face coverings while making their voices heard.  Like our community, I am sickened by the murder of George Floyd, the murder of Ahmaud Arbery and the senseless killing of Breonna Taylor, and by the feeling that our country still falls so far short of what we’re supposed to be.  We‘re thankful to everyone who came out today to peacefully, but powerfully, say enough is enough, and speak out against injustices that should make every American angry.”

The Black Lives Matter protest in Hartford has marched from the capitol to HPD back to the capitol and are now shutting down Main Street between Federal Court and Central Baptist Church.

Protesters have also gathered in Bridgeport, where they shut down Route 8.

RELATED: 'Justice for George Floyd' is largest-ever US petition on Change.org

His death was captured on bystanders' videos, which have now gone viral on social media.

On the video, Floyd can be seen pleading "I can't breathe," as Officer Derek Chauvin presses his knee into his neck. As minutes pass, Floyd slowly stops talking and moving.

Four Minneapolis police officers involved in the incident have since been terminated. Chauvin was arrested Friday and charged with third degree murder and manslaughter.

Prosecutors said they are continuing to review evidence and there may be subsequent charges later.

"Looking at the violence that took down George in Minneapolis, Minnesota, I just love the fact our faces are well represented here today and working together and on one page during this time of crisis," said Gov. Lamont.