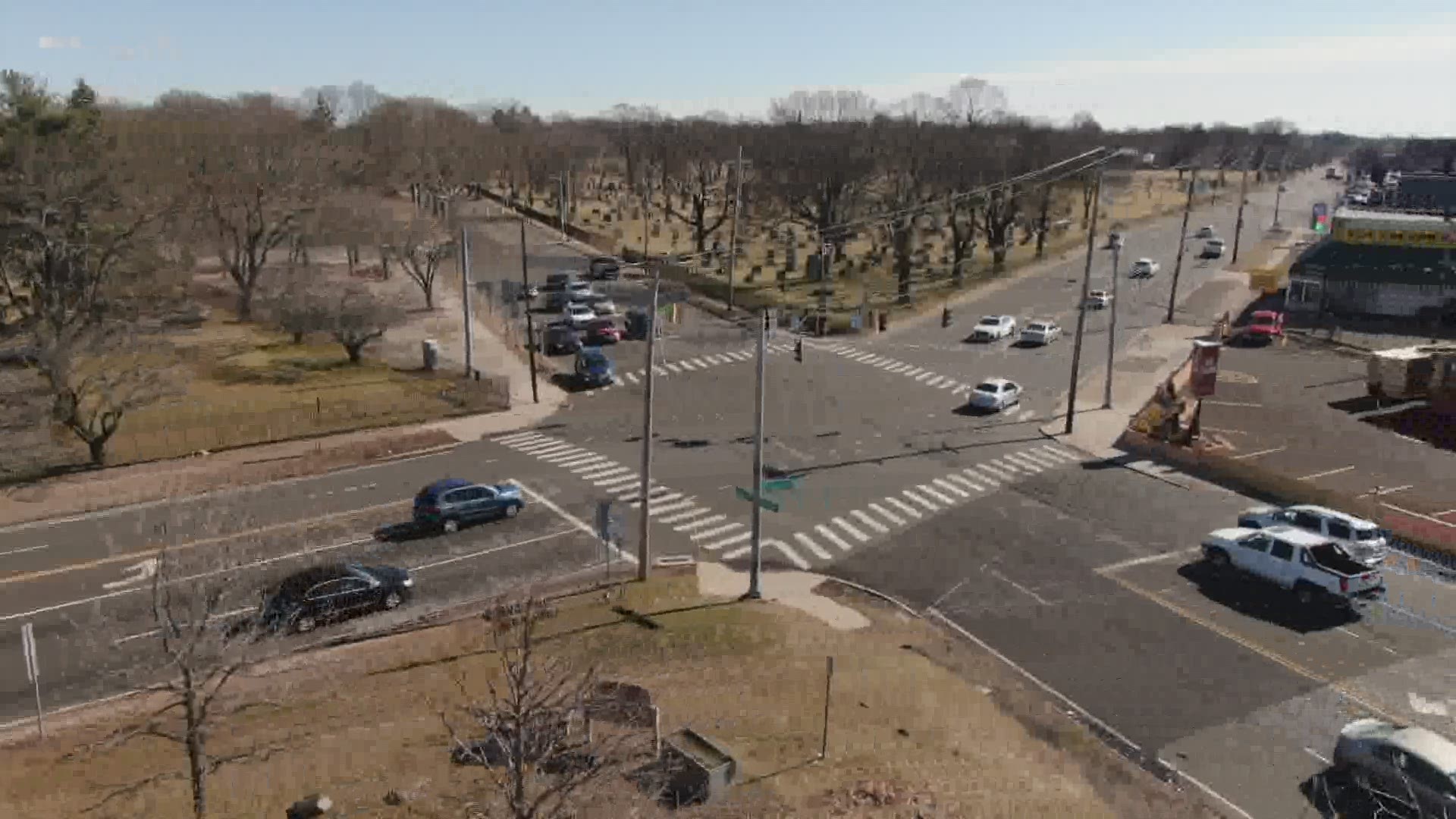 HARTFORD, Conn. — What are the worst intersections in the state?

“You have to get off the highway, go underneath and get back on its not, it’s not good. There’s a lot cars who are like gunning especially in the morning time trying to make those yellow lights,” said Darnell Payne of Enfield.

Then there is Ella T Grasso Blvd and Columbus Avenue in New Haven.

They are not the intersections with the most deadly crashes in the state, but places you’re bound to come across a fender bender or two.

According to the most recent data from the University of Connecticut Transportation Safety Research Center – in 2018 the intersection at Market and the I-84 west ramp had 44 crashes ranking it second in the most intersection crashes on state maintained roads.

The intersection of Union Street and Rt. 69 in Waterbury topped the list with 45 crashes.

The intersection of Ella T Grasso and Columbus Avenue came in third with 39 crashes.

Also in New Haven, Quinnipiac Avenue and Foxon Blvd. at four at 37 crashes and

Finishing off the top five coming off I-91 at Pulaski Circle in Hartford.

Locations of the top 10 bad intersections in CT

We reached out to the Connecticut Department of Transportation about these trouble spots.

Spokesman Kevin Nursick says in a statement in part:

“There is a perfectly reasonable expectation on the part of roadway engineers - that despite trying to build-in as much safety as possible into roadway designs - that drivers will be thoughtful, engaged, aware and focused on operating their vehicle in a safe manner.”

He added that even with targeted campaigns, signs and traffic lights irresponsible driver behavior continues to be the overwhelming cause of crashes.