DEEP says that upon arrival, a Coventry Police Officer entered the water to attempt to locate the driver of the submerged vehicle. 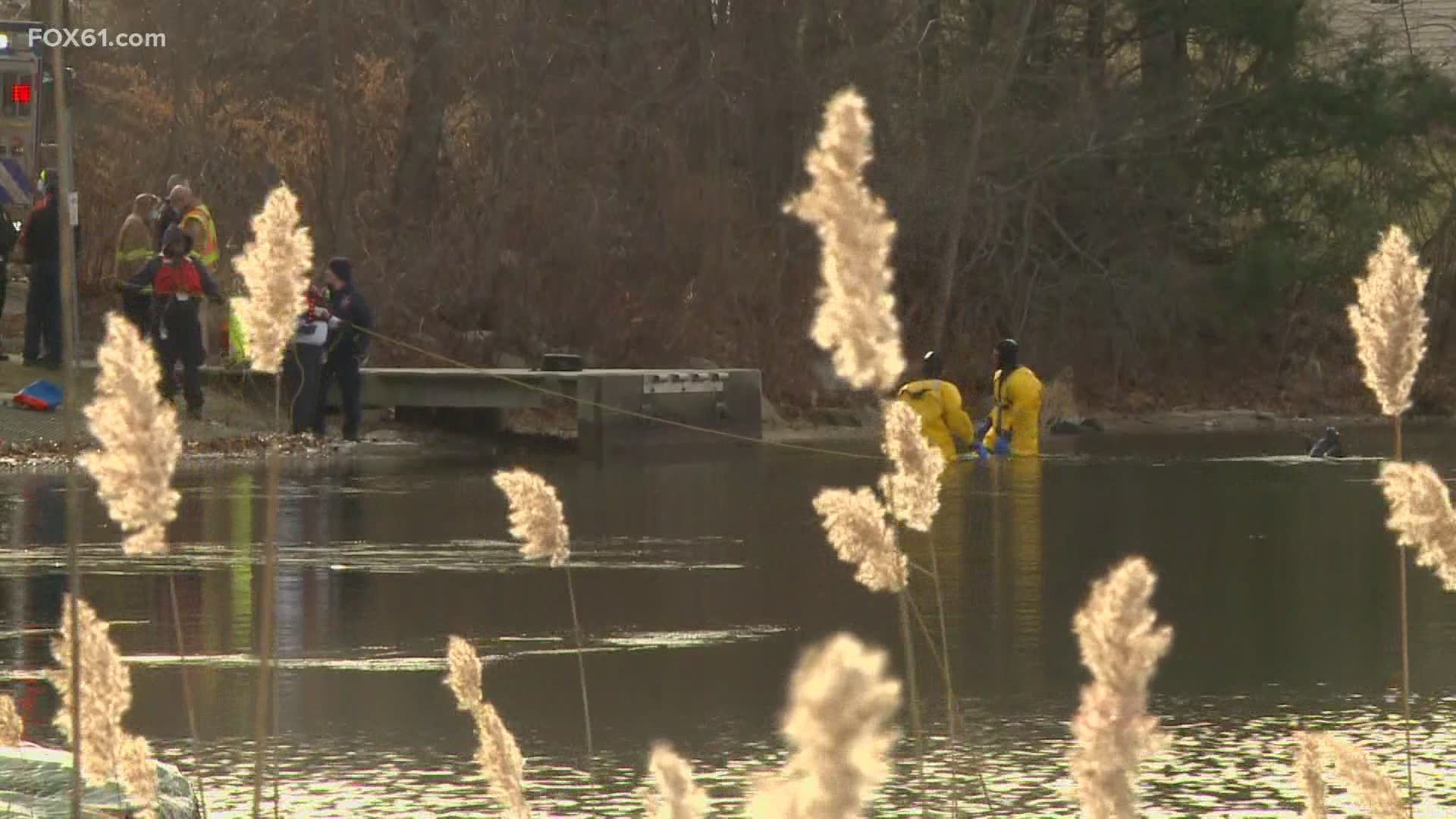 COVENTRY, Connecticut — Officials have identified the driver that had been pulled from Coventry Lake yesterday afternoon.

In the afternoon, the Connecticut Department of Energy & Environmental Protection published a release that said Environmental Conservation Police (EnCon), along with Coventry Police, Fire and EMS personnel, the Vernon Police Department, and the Connecticut State Police Dive Team responded to the incident "involving a car driven into Coventry Lake from the Coventry Lake Boat Launch."

DEEP said that when officers arrived, a Coventry Police officer entered the water to attempt to locate the driver of the submerged vehicle, who was the only reported occupant but was unable to do so. The Tolland County Dive Team conducted a search of the water and was also unable to locate the driver. The State Police Dive Team continued the search.

Just before 5 p.m., the body of 53-year-old Dieter Zumpe of Ellington had been recovered.

At this time it's unknown what caused Zumpe's car to go into the water.

JUST IN: DEEP sent out a statement that says the following: “Upon arrival at the scene, a Coventry Police Officer entered the water to attempt to locate the driver of the submerged vehicle (the lone reported occupant), but was unable to do so.” @FOX61News