Crane cable at CCSU perceived as noose; university says it's not but will remove it

The end of a cable used to hoist an American flag for the Memorial Day weekend ended in a loop. 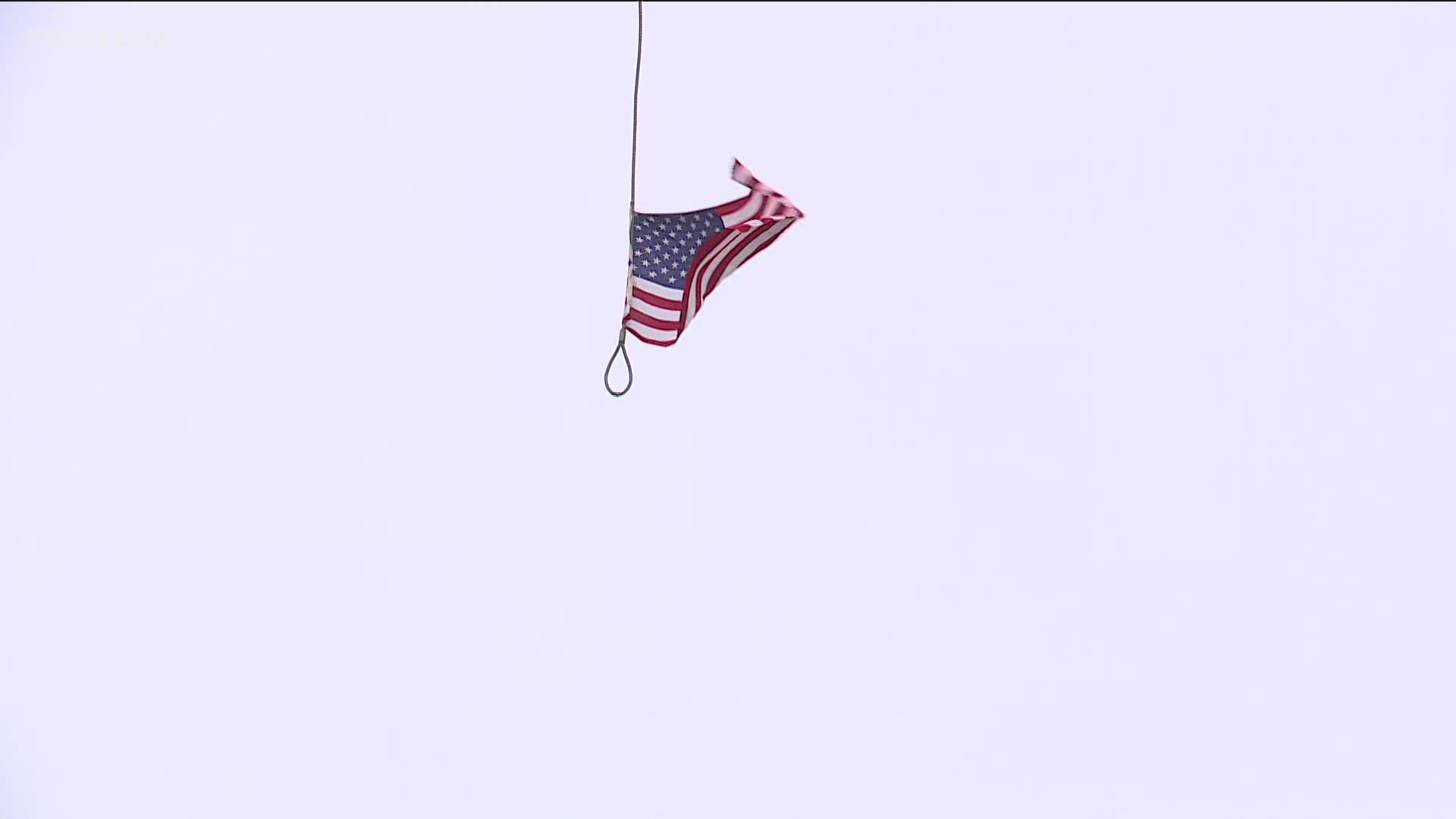 NEW BRITAIN, Conn. — A flag hanging from a cable at a construction site at Central Connecticut State University drew some attention Saturday night, because for several people the cable ended in what resembled a noose.

The university says it was not a noose. Rather, the construction company had hoisted an American flag for the holiday weekend, and the cable ended in a loop for a cable hook.

With the recent discoveries of nooses at an Amazon construction site in Windsor though, some people said they are on edge, and a group gathered at CCSU to ask the university to take it down.

Ronald Davis, President of the New Britain NAACP said "Regardless of what someone else says about that, what I see, as a Black man? That's a noose. Period. No ifs, ands, or buts about it. Take it down."

Community organizer Mimi Gonzalez said, "We have to think about intention versus impact. If that's not the intention then think about the impact you're having on the community."

"Their perception is mine as well, and it's all of ours," said Sal Cintorino, CCSU's Chief Operating Officer. "We want to be respectful and understand when we look at that from afar it's concerning. You can certainly perceive that as looking like a noose and so even though it's a loop hook, and it's a steel cable, we're gonna lower it and we're gonna remove it."

The university said it had contacted the construction company and the cable was being taken down as soon as possible.

"We understand this is a very concerning image, especially in light of the recent issues at the Amazon construction site," said a statement from CCSU President Zulma Toro. "We have been in contact with the construction company and demanded that the cable be lowered tonight. We have a team on-site tonight monitoring the situation."