Crops not impacted by heavy rain at Bishops Orchards in Guilford

The super-soaker summer didn’t wash out the crops, in fact this years crops are the best they’ve seen in years, according to Farm Manager Brad Isnard. 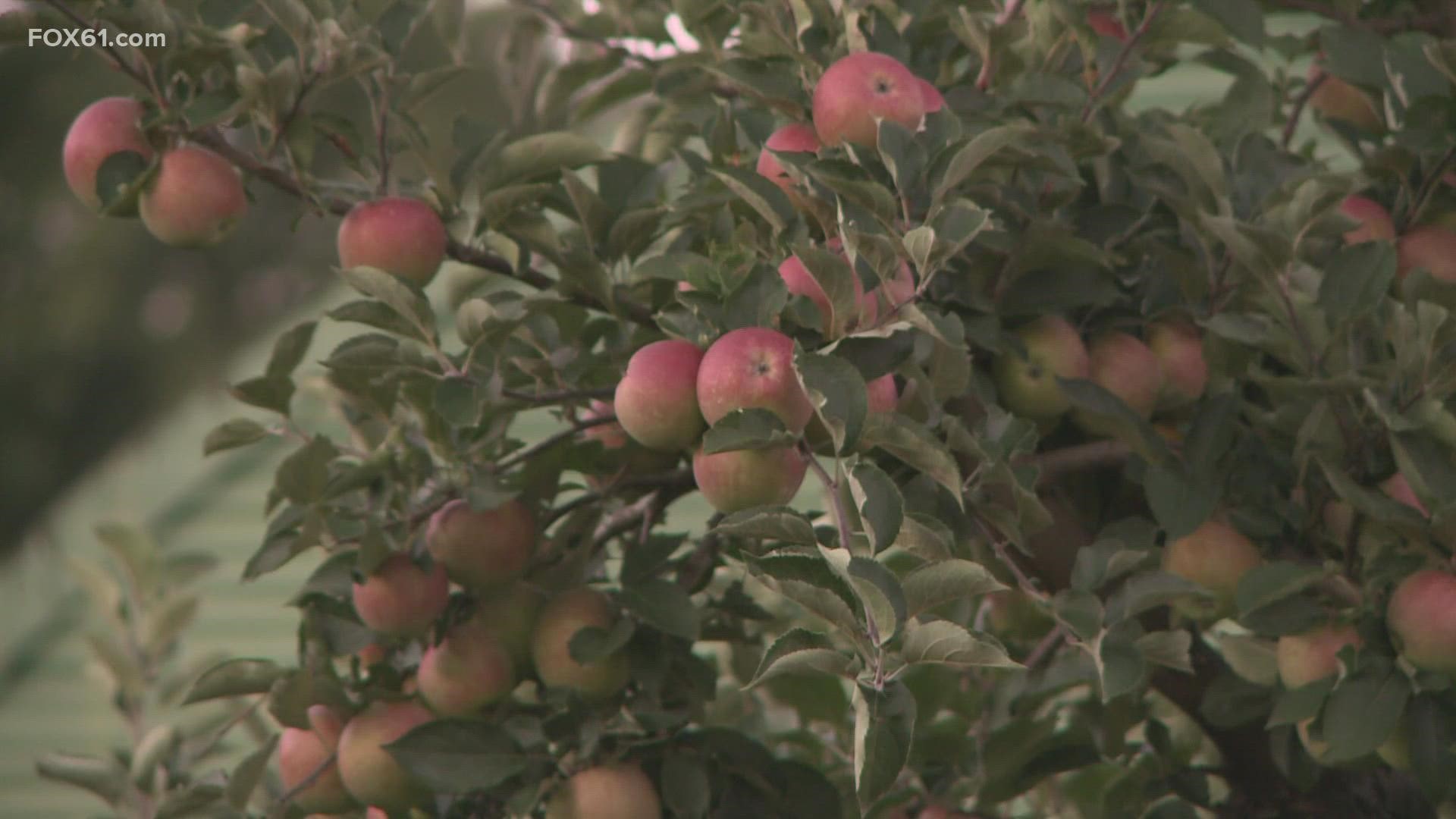 GUILFORD, Conn. — A break in the heat and the humidity over the last week has a Fall feel to the air — with the turn of the season comes apple cider, apple picking, pick your own fruit, corn mazes and more.

At Bishops Orchards in Guilford, the festivities have already begun.

The super-soaker summer didn’t wash out the crops, in fact this years crops are the best they’ve seen in years, according to Farm Manager Brad Isnard.

“From a crop standpoint, we’ve had some of our biggest crops of the year this year because last year was so poor,” Isnard said.

Timing plays an important factor on how the weather will influence the crops.

For example: heavy rain at the end of the summer doesn’t cause the same problems as it would in early spring or summer. In late summer, the trees and bushes are producing their crops, where as in the early spring/summer there is a lot of ground work to do.

The already saturated soil wasn’t ideal to soak up the 9-plus inches they saw with minor flooding occurring in certain areas, but being spared the worst of the wind helped.

“The two big rains we had on the farm here, we had one that was a little over four inches and the most recent one was about 5.5 with some minor flooding, but the winds weren’t terrible and that’s really what can cause a lot of damage," Isnard added.

With a hearty stock of crops for pick your own, which began earlier this month, they’ll be setting their sights on fall weather.

“We really do rely on fall season substantially so from a farm standpoint it’s really critical to have some nice weekends,” Isnard said.