Supporters of the court's action say the extra month is a major win for a more accurate census count. 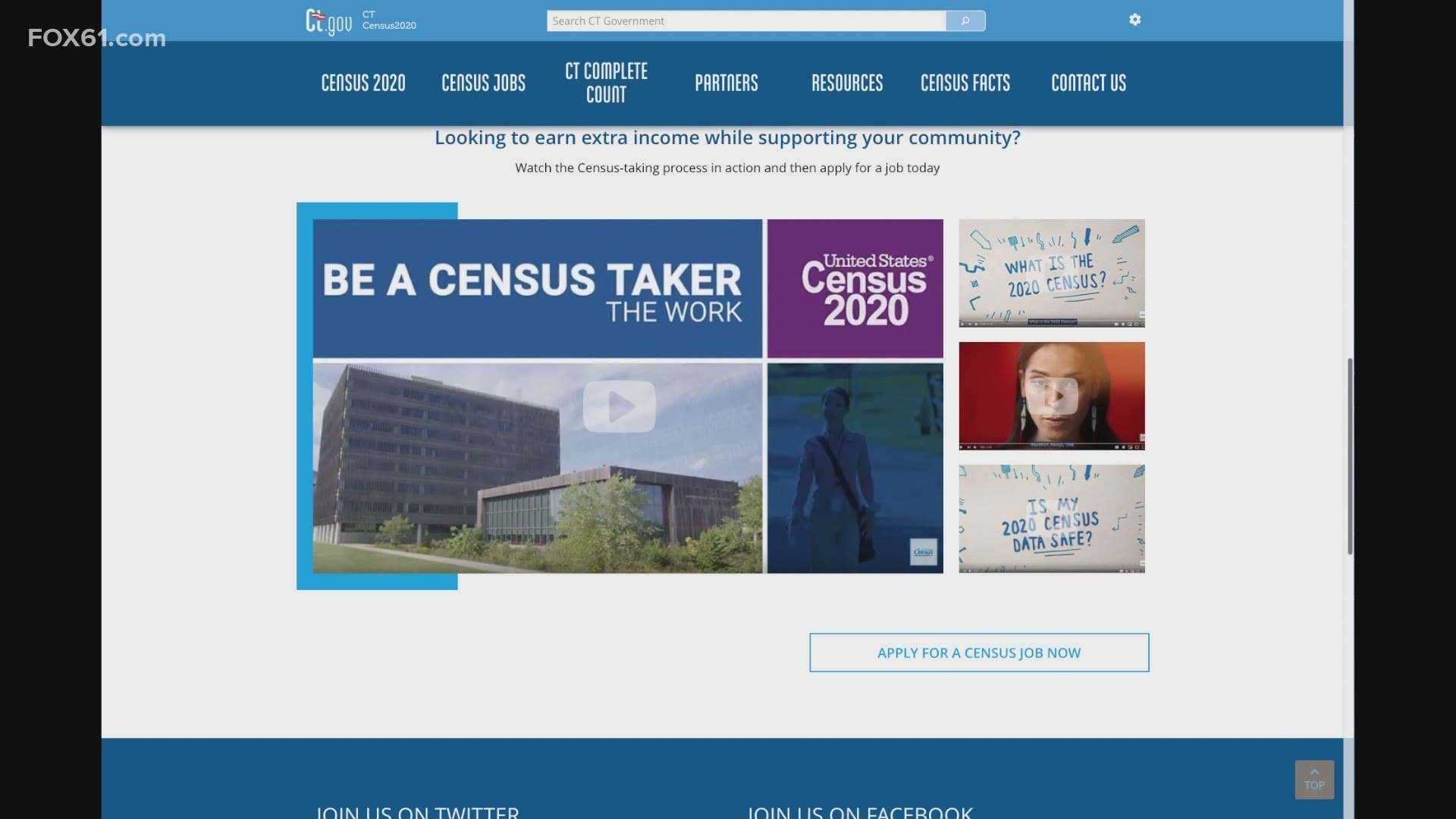 HARTFORD, Conn. — The Community Renewal Team, which is a local anti-poverty organization, said they are happy with a California federal judge's decision to give federal census counters more time to finish their work.

In August, Commerce Secretary Wilbur Ross shortened the counting deadline to Sept. 30, as part of a response to COVID-19.

However, the court ruled Thursday that the original deadline of Oct. 31 should be re-instated.

Supporters of the court's action say the extra month is a major win for a more accurate census count.

That's important because data from the census is used to determine congressional representation and how much money communities will receive in federal funding.

"Hartford right now, as a couple of days ago, the count for Hartford on a self-reporting basis was only around 48.2 percent, which is better than it was a few weeks ago, but still not great, but the push is to make sure everyone who is eligible and able, and every household is eligible to participate in the census, so we hope you will," said Jason Black with CRT.

In a statement, Connecticut Attorney General William Tong wrote quote, "The Trump Administration has zero interest in fulfilling its constitutional duty to count all persons in this census. The court saw this rush plan for exactly what it was—an unlawful scheme to hamstring the census and undermine a fair and accurate count."

Updates to the census, including that bumped up Sept. 30 deadline, were announced back in August.

He wrote the plan would include, "The hiring of more employees to accelerate the completion of data collection and apportionment counts by our statutory deadline of December 31, 2020, as required by law and directed by the secretary of commerce. The census bureau’s new plan reflects our continued commitment to conduct a complete count, provide accurate apportionment data, and protect the health and safety of the public and our workforce."

The Trump Administration is now appealing that federal court order.