The families came forward to rally against police shootings and police brutality. They want legislators and government to listen to their concerns. 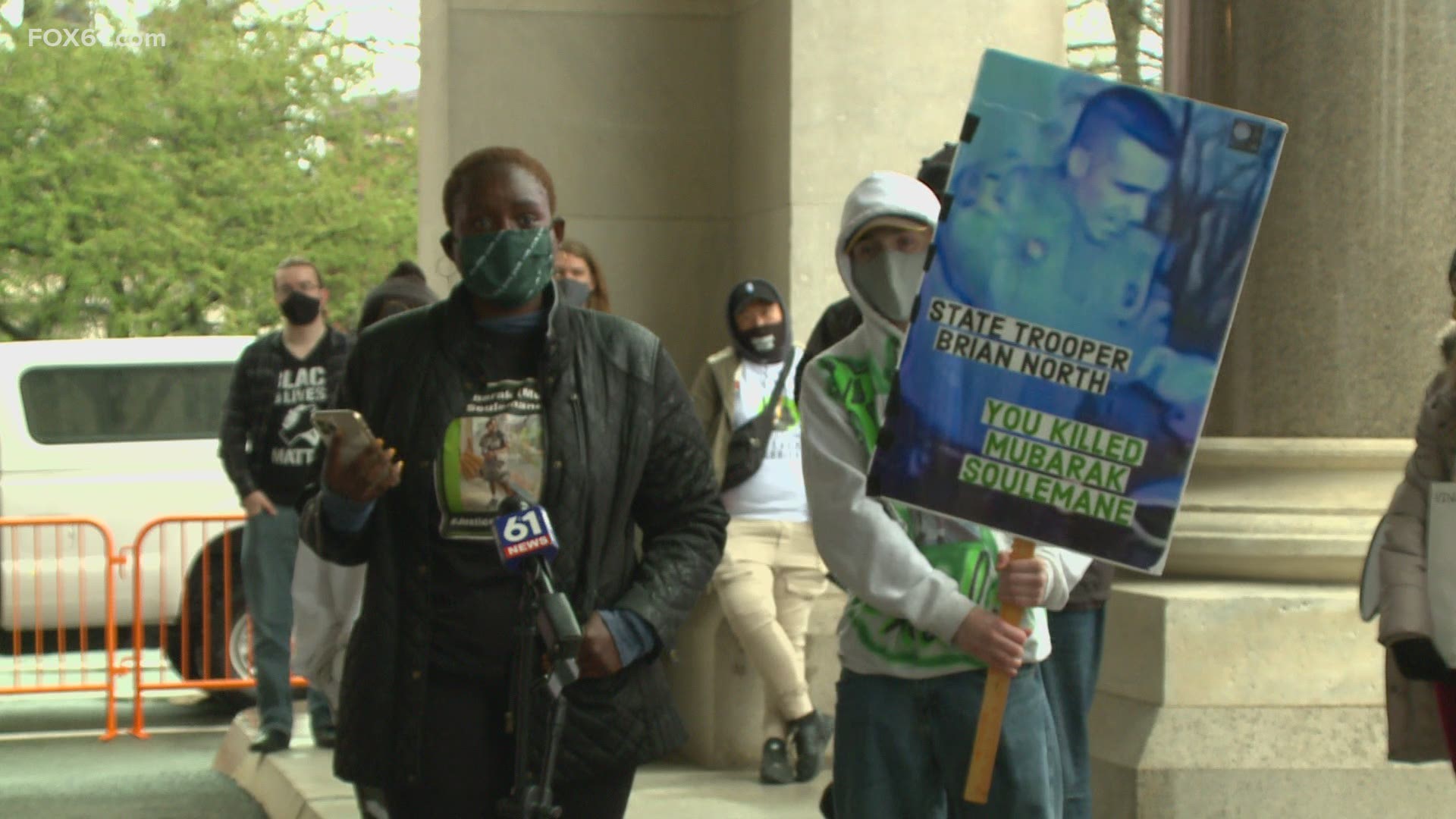 HARTFORD, Conn — Local justice groups in Connecticut met Friday at the capital to bring attention to the need for change in the state following recent police shootings across the nation.

People wanted justice for their loved ones who they said died while in the custody of officers or by unnecessary police violence.  They said they’ve seen more attention on coverage of national cases, but they have experienced injustices here at their home.

"When I found out that my brother had passed it was devastating," Jazmarie Melendez, sister of Jayson Negron said.

The families came forward to rally against police shootings and police brutality and said they wanted legislators and government to listen to their concerns and hold officers accountable for wrongful actions.  Family members of Steven Barrier, Mubarak Soulemane, and Jayson Negron spoke out.

Fox61 previously reported 15-year-old Jayson Negron, died in an officer-involved shooting on May 9, 2017.  Police said Negron was driving a stolen car.  They said he fled when officers pulled him over and he was shot by Bridgeport Police Officer James Boulay.

FOX61 reported last January, that 19-year old Soulemane died after being shot and killed while sitting behind the wheel, by state trooper Brian North, after a highway chase.

"It’s simply not fair,” his sister Mariyann Soulemane said Friday. “This is painful.  This is gutting. My brother had dreams.  He had ambitions, but that was all taken away from him on January 15, 2020."

"Say his name, Mubarak Soulemane,” she told the crowd of about 40 people at the capital.

Demonstrators also referenced other recent shootings which occurred nationwide, such as George Floyd and Adam Toledo.  Rally’s across the U.S. gained national attention.

13-year-old Adam Toledo of Chicago died March 29 following a gunshot wound to his chest delivered by Chicago Police Officer Eric Stillman. Police said the officer was responding to the scene where gunfire had been detected.  Recently released bodycam footage showed the child was unarmed at the time of the shooting.

Steven Barrier died October 2019 in police custody on his birthday after becoming unresponsive in a cruiser.

"My son did not have to die,” said his mother Valerie Jaddo.  “He was having a mental health crisis and instead of being treated by doctors and therapist he was arrested and surrounded by the police."

All three families have filed lawsuits.

"We want them to take our cases seriously, provide us with verdicts that aren't senseless and straight to the point," Soulemane said.