After the attacks on Sept. 11, 2001, artist Robert Carley hit the road, with his trusty Nikon camera, a 1979 model, and went in search of the stars and stripes. 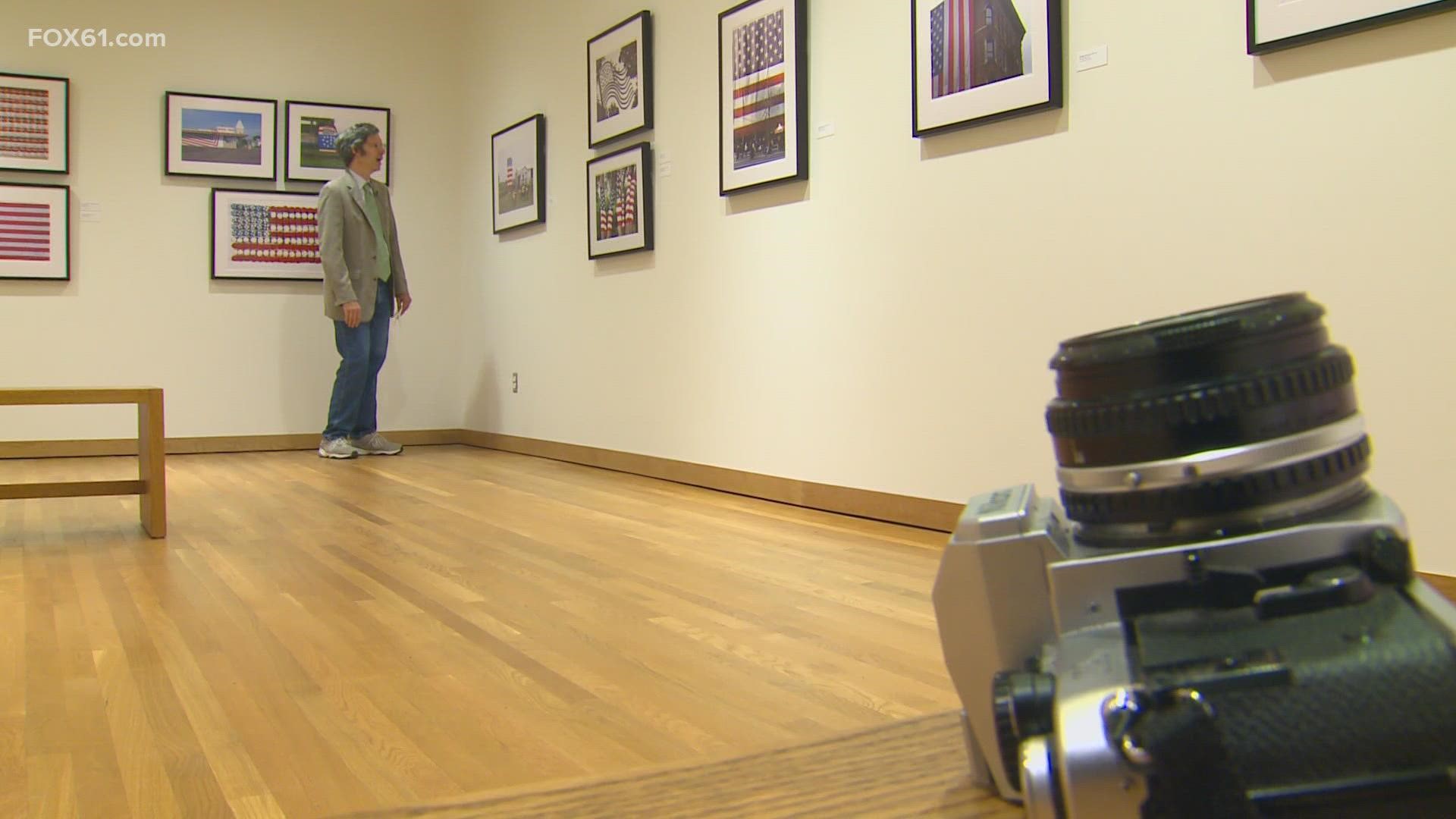 WATERBURY, Conn. — The exhibit is called 'In the wake of 9/11, Robert Carley’s American Journey', and it's a series of photographs all about capturing America by showing the American flag in as many mediums as possible.

There are barns covered in the stars and stripes, trucks, even trees in the flag motif -- the exhibit is being showcased in a gallery at the Mattatuck Museum in Waterbury.

After the 9/11 attacks, artist Robert Carley hit the road, with his trusty Nikon camera, a 1979 model, and went in search of the stars and stripes.

“I have been taking flag photos since Sept of 2001 to the present day,” Carley, of Darien said.

To date, Carley estimates he has taken flag pictures from front yards to back roads in 45 states.

“America showed its resilience after 9/11 and I just wanted to do my part and being an artist, I turned to photography,” he added.

Carley estimates he has taken thousands, if not 10,000 still images of flags over the years. The most prized pictures are now in a new book called Liberated - Freed from the Flag Pole.

Stephanie Harris, chief experience officer at the Mattatuck Museum said they have a lot of people at the exhibit talking about their recollections and where they were on 9/11.

"It’s a really great exhibition to bring to light, the hope that evolved after that tragic experience for the country," Harris added.

Carley said he hopes he can bring strength through what are simple still images.

The exhibit, 'In the wake of 9/11, Robert Carley’s American Journey' runs through September 12 at the Mattatuck Museum in Waterbury.