Police say the two from Westbrook and Stonington were stealing more than $14,000 worth of goods. 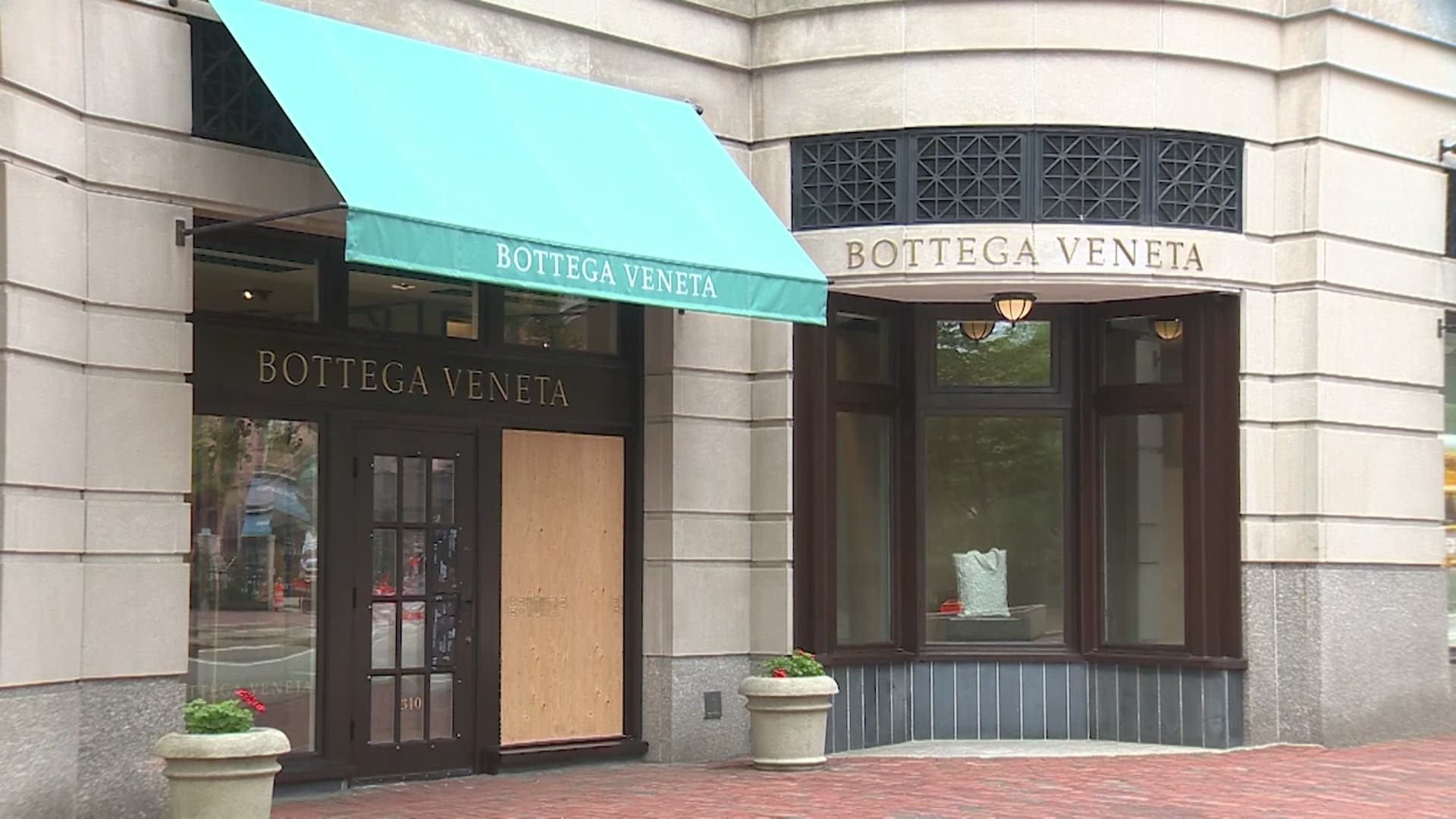 BOSTON — Two Connecticut teenagers have been arrested in Boston, charged with stealing thousands of dollars worth of items from high-end store.

Boston Police say they responded to a breaking-and-entering call just before 3 a.m. Friday morning at Bottega Venetta on Boylston Street.

En route to the scene, officers were told that two males had been seen exiting the store with merchandise in their hands. The witnesses also said the store's window had been smashed and the alarm was sounding.

The responding officers saw two males matching the description of the suspects near the corner of Boylston and Charles Streets, pulled to the side of the road, and saw the suspects drop the items they were carrying onto the sidewalk. When officers exited their cruisers and approached the suspects, the two admitted they had discarded sunglasses. Asked where they got the sunglasses from, the suspects claimed someone had broken into the store, and they then went inside and took the items.

Officers arrested two 18-year-olds, Carlos Espinoza of Westbrook and Alexander Mann of Stonington. Both suspects are expected to be arraigned in Boston Municipal Court on charges of Breaking and Entering a Building for Felony and Larceny Over $1200.