The Urban Search and Rescue Task Force combines specialists from fire, police, and EMS to assist cities and towns with responding to the most difficult of situations 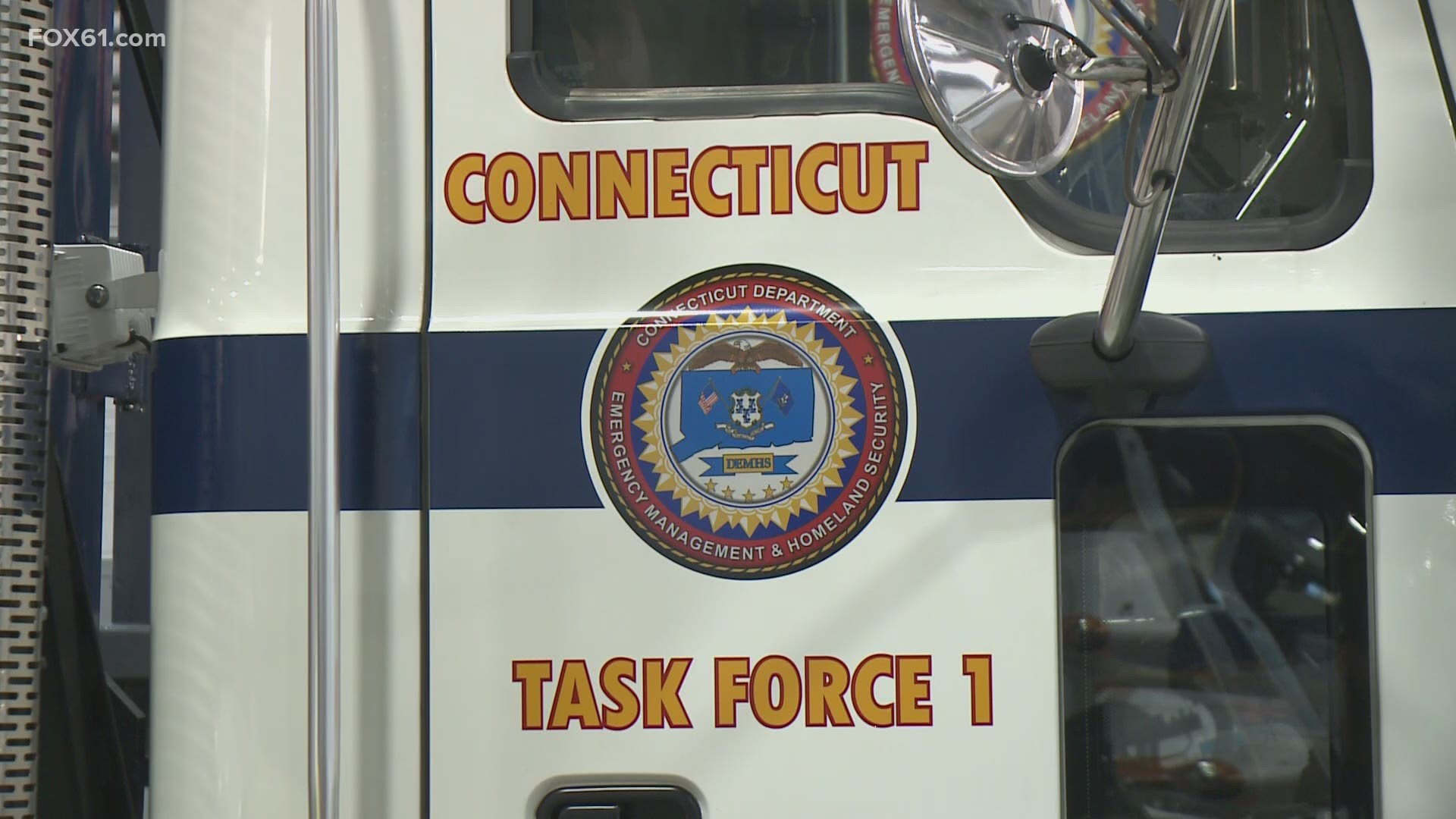 HARTFORD, Conn. — If a building collapse, like what happened in Miami, were to happen here, would Connecticut be prepared to handle the situation? FOX61 spoke with the state agency tasked with jumping into action during times of crisis like this.

The Urban Search and Rescue Task Force combines specialists from fire, police, and EMS to assist cities and towns with responding to the most difficult of situations from building collapses to water rescues. The team members undergo extensive training and have specialized equipment to get people to safety.

“Police, fire and EMS personnel that take time out of their busy schedules to learn specialty skills so that they can be ready and on the move as soon as one of the incident commanders says, we need help, we need additional resources," Division of Emergency Management & Homeland Security Operations & Training Manager Shelly Carter said.

The team is comprised of career and volunteer emergency responders along with engineers and contractors from across the state. Their equipment including specialized trucks and boats are housed at Brainerd Airport in Hartford.

“They have capabilities to shore up collapsed buildings, areas of collapsed buildings so they can further investigate and assess the potential for victims in those locations,” Connecticut Urban Search and Rescue Task Force Advisory Committee member Robert Kenny said.

Kenny is also one of five regional coordinators that helps connect local cities and towns with extra resources during emergency situations.

Carter said the team also utilizes sound equipment and night goggles to search for people in the middle of the night, like what might be used in the case of the Miami building collapse.

When a crisis happens in Connecticut typically a request will get sent to the Governor’s office for the task force to activate.