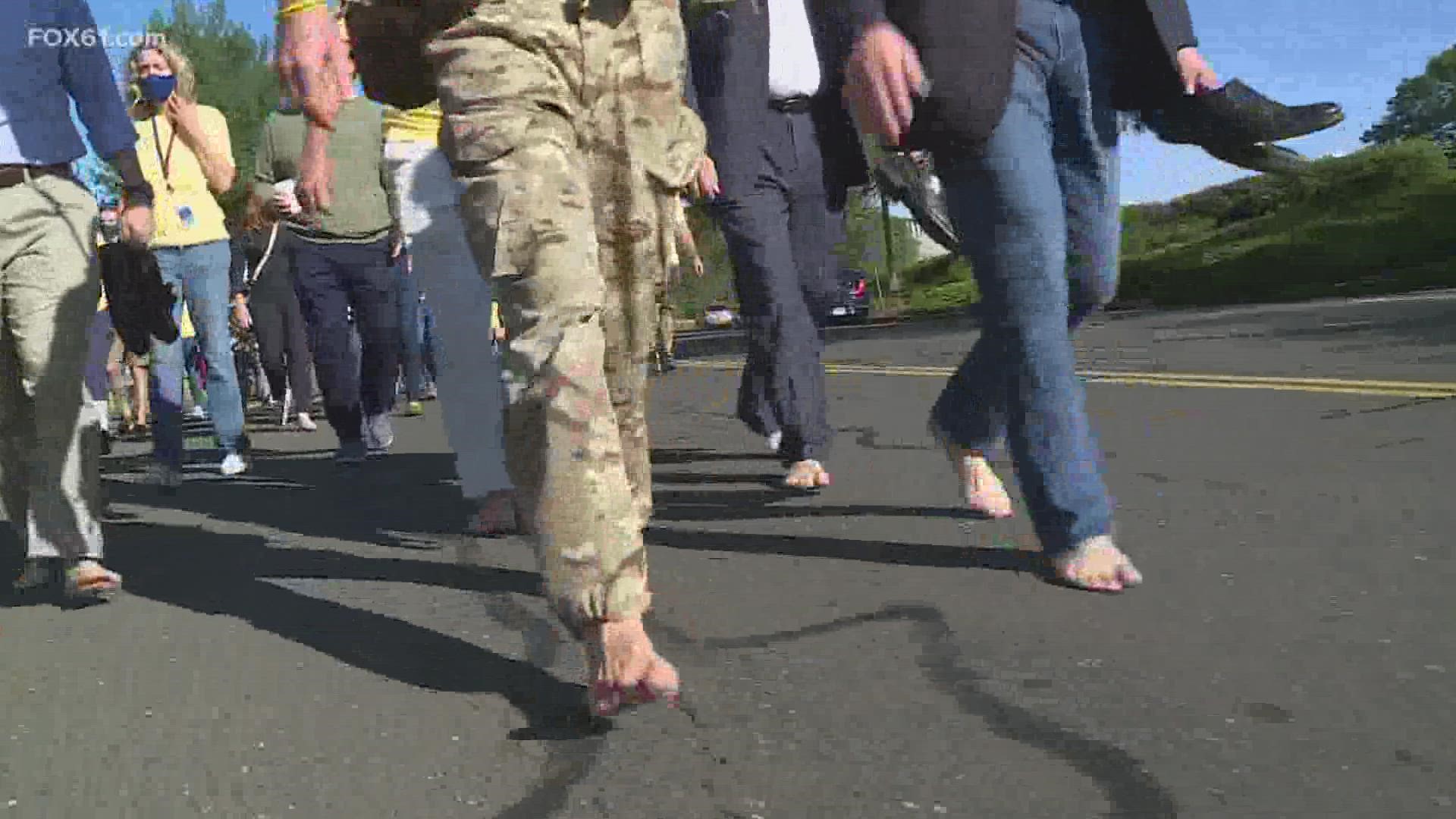 FARMINGTON, Conn. — British Army Major Chris Brannigan is on a mission: he's walking 1,200 miles down the eastern seaboard of the United States barefoot in an effort to raise funds for the creation of a gene therapy treatment that could help patients battling Cornelia de Lange Syndrome (CdLS).

Brannigan's 9-year-old daughter Hasti was diagnosed with CdLS in 2019.

CdLS is characterized by reduced growth, global developmental delay, feeding problems, speech and language difficulties, hearing problems, and, in many cases, limb abnormalities. The majority of those with CdLS will experience depression and anxiety disorders that can lead to self-harming and mutism.

The march’s purpose is to raise money for the development of a gene therapy for CdLS. The money raised will go towards the completion of a research project at The Jackson Laboratory and for future clinical trials. In addition, Brannigan hopes to raise awareness for the 30 million Americans living with a rare disease and will walk the entire 1,200 miles without shoes on to symbolize the difficulties that a child living with a rare disease experiences.

"Not many people have heard about it. Getting support for her is really difficult, and there's just no money for research into rare diseases," said Brannigan.

Brannigan started his journey at The Jackson Laboratory headquarters in Bar Harbor, Maine to highlight the lab's role in creating an extremely relevant rare disease model to help researchers better understand CdLS and test gene therapies that could transform the lives of children living with this rare disease. He will end his journey in Jacksonville, NC.

On Sunday, Brannigan stopped by The Jackson Laboratory campus in Farmington, where he was honored for shedding a light on rare diseases.

"With over 7,000 identified rare diseases, impacting more than 25 million Americans, that's 300 million globally, more than 90 percent of those diseases are without a single FDA-approved treatment," said Lesli Nordstrom with the National Organization for Rare Disorders.

"In Farmington, Connecticut here at Jack's Genomic Medicine, we use the power of genomic technologies, large-scale computational analyses and human genetics to better understand disorders like Cornelia de Lange syndrome," said Charles Lee, Director and Professor at The Jackson Laboratory for Genomic Medicine.

To learn more about Hope for Hasti and donate to the cause, you can visit the charity's website.