Police said the victim was taken to the hospital where he later died from his injuries. No suspect or motive has been named at this time. 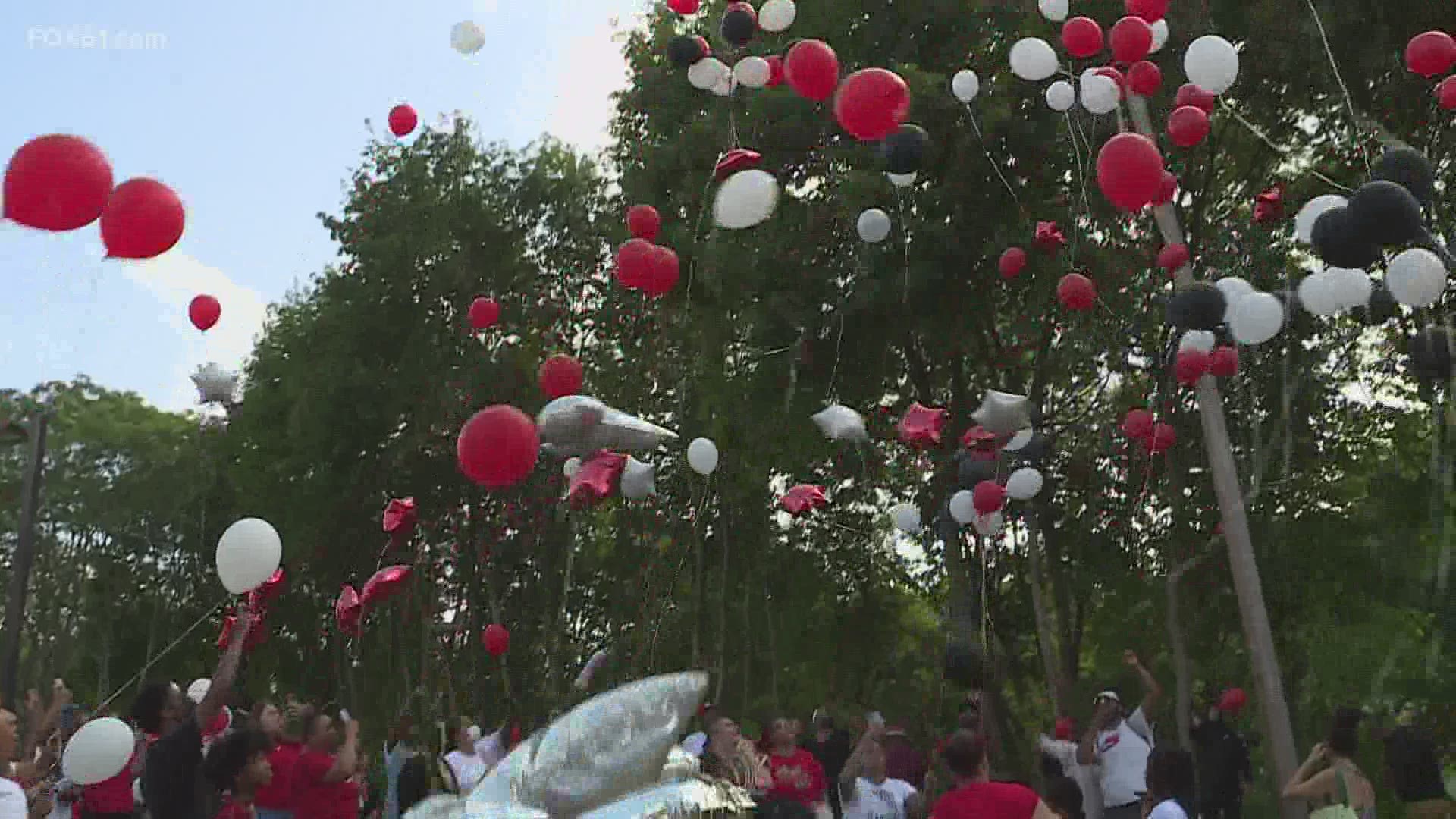 DANBURY, Conn. — The death of an 18-year-old after a drive-by shooting in Danbury Sunday night is being ruled a homicide.

The Office of the Chief State's Medical Examiner ruled the death of Yhameek Johnson a homicide and said he died from a gunshot wound in the stomach.

Police said they had received multiple reports of gunshots coming from the area of Mill Ridge Road on Sunday evening.

When they arrived, they found Yhameek Johnson being cared for by other area residents.

According to police, Johnson had been the victim of a drive-by shooting minutes earlier.

He was taken to Danbury Hospital where he later died.

Police are investigating the incident and are asking the public for help. The shooting happened around 8 p.m. in the area of Mill Ridge Road and Mill Ridge Drive. The suspect's vehicle is believed to be a dark-colored SUV.

Family and friends of Johnson gathered about a mile from the scene of the homicide, to release balloons to honor and remember his life.

" I’m going to always remember him by his smile. He had the biggest smile that would light up a room," said Johnson's stepmother Tina Johnson. " Just graduated high school. He wasn’t a part of any gang. He was no thug like they were trying to make him out to be. He was a good kid."

The suspect(s) have not been identified at this time and the motive for the shooting is also unknown, according to police.

We are asking that anyone with information related to the incident please contact us at 203-790-TIPS or the assigned investigator J.Williams@danbury-ct.gov

Family and friends of 18 year old Yhameek Johnson of Danbury are getting ready to release balloons in his memory. The recent high school graduate was gunned down in a drive by shooting on Father’s Day. @FOX61News pic.twitter.com/XU2pqLn1I6