A DEEP official said employees "dumped" lacquer into a heated rinse tank which led to the injuries and the fire. 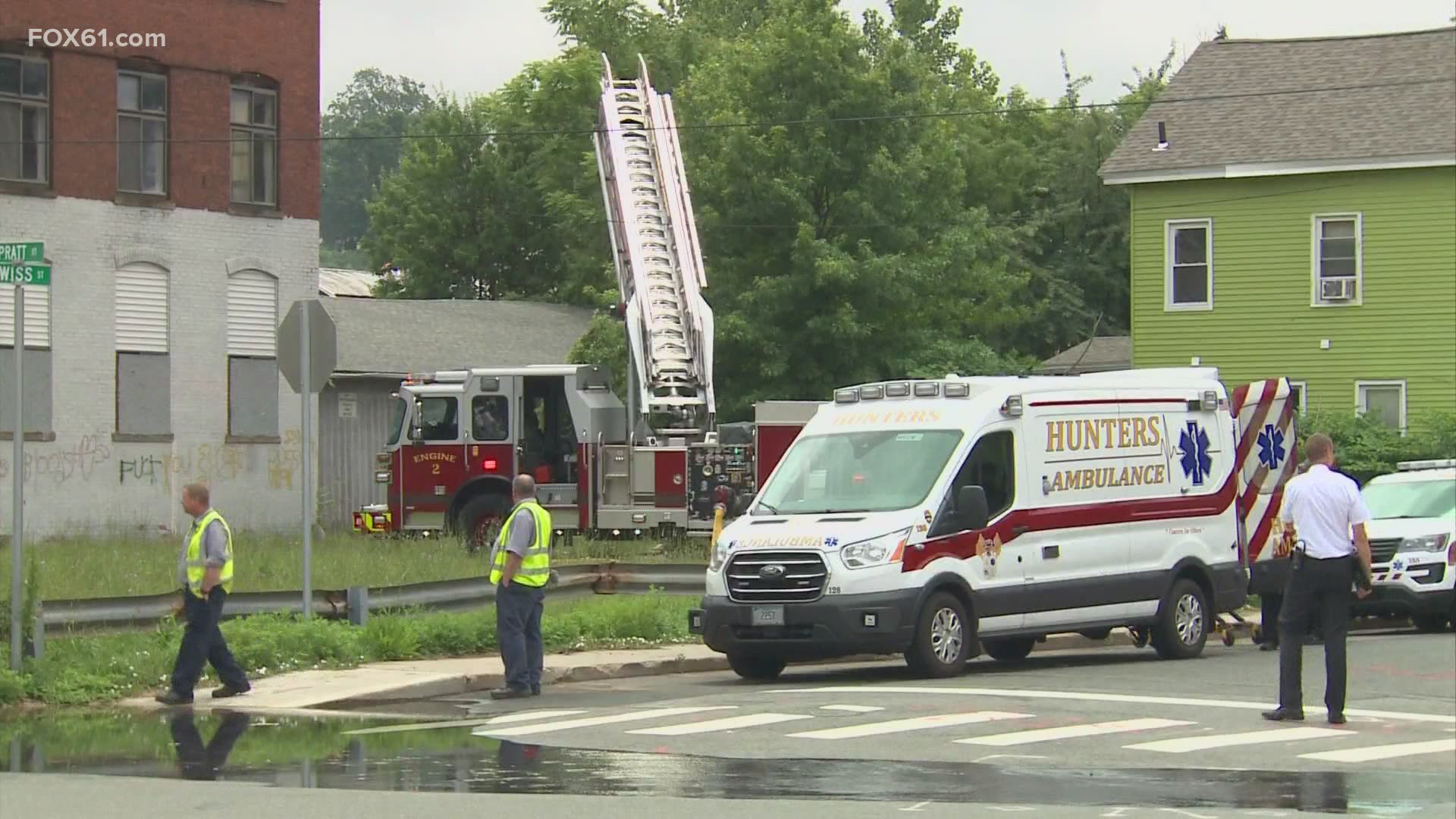 MERIDEN, Conn. — A fire at a Meriden company on Platt Street Monday caused a great deal of concern for the fire department and not because it was a massive blaze.

Employees of the CRC Chrome Plating company dumped lacquer into a heated rinse tank, causing a reaction that flashed over the sides of the tank, injured two employees, and resulting in a roof fire, according to the Department of Energy and Environmental Protection (DEEP).

"It’s a plating company so they have quite a few chemicals in there, including acids, etc," said Chief Ken Morgan of the

Meriden Fire Department. "So those are the ones we are concerned with, the ones that are really toxic."

The two employees were transported to the burn center at Bridgeport Hospital. There was no update on their condition as of late Monday afternoon.

DEEP’s Emergency Response Unit responded to the fire with a reported acid gas release. Fortunately, that was not the case. Hydrochloric acid was present in the building, DEEP says it was not released or impacted by the fire.

"Because of the chemicals that are involved, it’s gonna be a very slow, long process to take care of the scene," Chief Morgan said.

"Typically, we don’t worry too much about how much water we’re putting into a building," Morgan said. "With something like this, since we’re not 100% sure what chemicals could react with the water or how they are going to react, we have to be very careful about where we put water, how much we put there."

Air quality was monitored throughout the day and was never an issue, so no residents, who live on the street behind this business, were required to evacuate.

DEEP says no environmental clean-up is necessary. Fortunately, the only casualty for the Meriden Fire Department was one of their hoses. It was contaminated, so it will require proper disposal and replacement.

MERIDEN HAZMAT A hazmat situation at CRC Chrome. We’ve had a report of injuries. The Meriden fire chief expected to update the situation in a few moments. @FOX61News pic.twitter.com/4xZhsmHdVR