City Councilman Josh Mitchtom said "This is not a one-time incident. This is a manifestation of a rotten culture that must change." 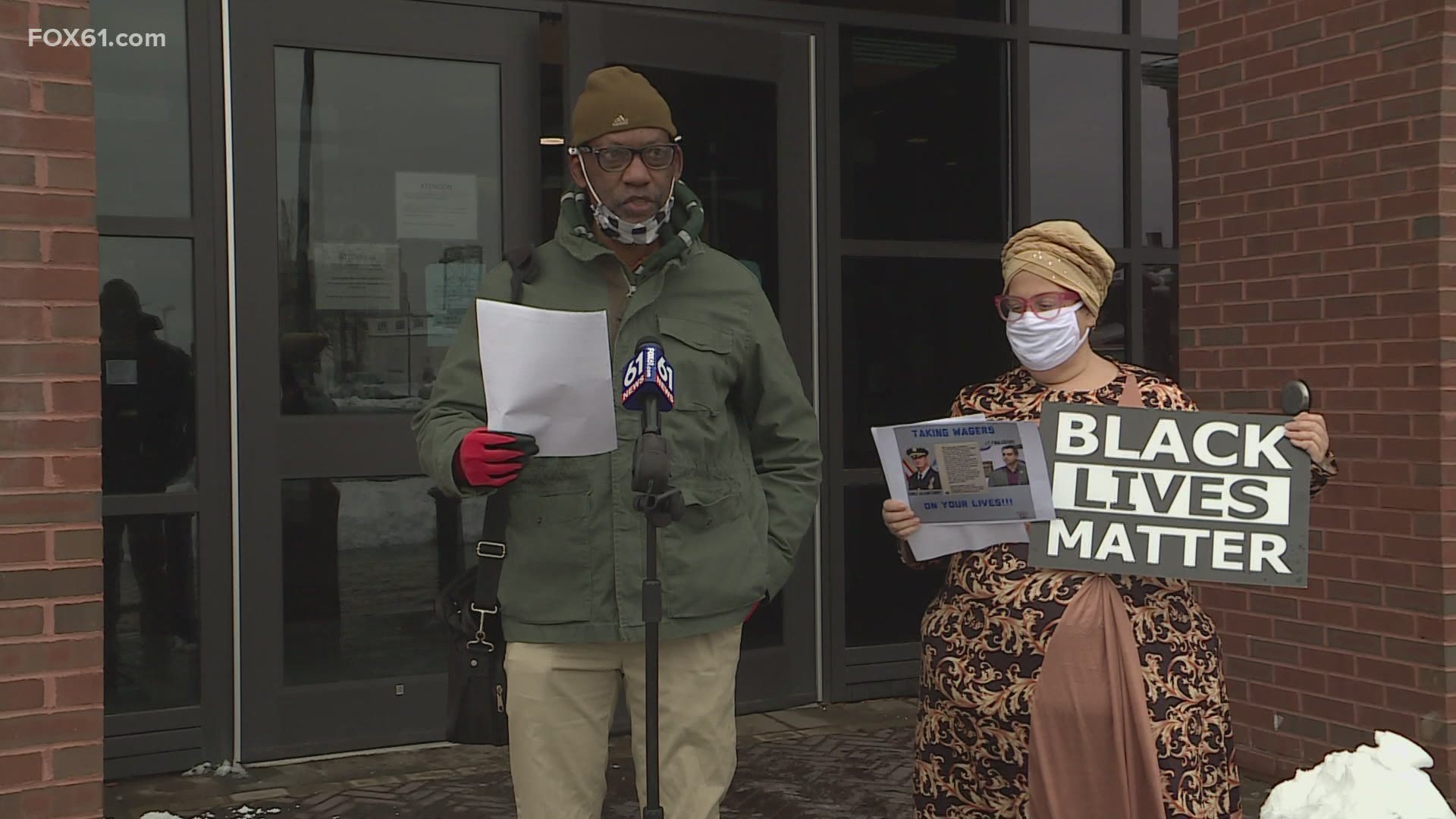 HARTFORD, Conn. — Demonstrators and some city officials hit the streets Saturday days after a detective was suspended and demoted in Hartford.

The group says they are calling for change in the Hartford Police Department.

Even in the pouring rain, armed with nothing but a megaphone and a message, people shared their concerns about a text message from a Detective Jeffery Plazceck in the Hartford Police Department's Major Crimes Division.

The text was sent to a number of people within law enforcement, asking for wagers on where the first homicide of 2021 in the capital city would be. People protesting found it "disgusting" and said, "We are not animals, we are people, we are humans."

Although Det. Plazcek has since been suspended and demoted, demonstrators say it's not enough.

The group says it makes them think the trust they tried to build with police during the Black Lives Matter protests over the summer, and even the passing of the Police Accountability bill was all for nothing.

Michael Oretade said, "It's as if the bill means nothing its bull***, you know excuse my language but it's bull*** to me… I don't even know how to feel right now." 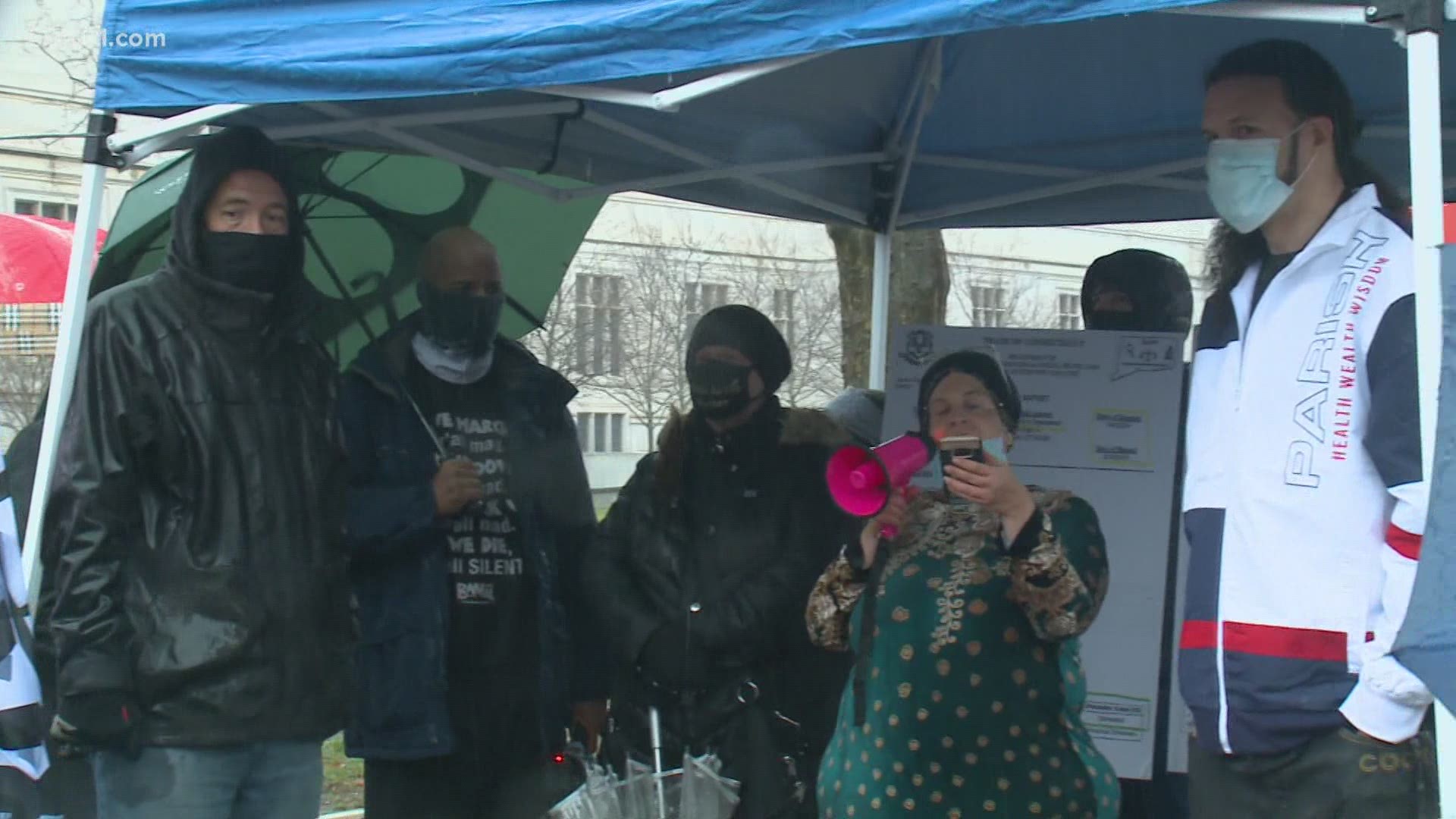 Some city officials agree as they joined demonstrators calling for a change.

Bermúdez‘s colleague, City Councilman Josh Mitchtom added, "I hope folks will recognize that this is not a one-time incident. This is a manifestation of a rotten culture that must change."

Officials say the pathway to trust is by new policies, tough conversations, and new training.

Bermúdez said, "Why in the world is it we have a criteria of having officers meet 8 hours of these kinds of training -- training for cultural competency -- and then they are done. That's not enough."

City councilmembers are expected to talk more in detail about this incident next week.