Demonstrators planned to arrive at Rep. Burchett's office at 4:20 p.m. after marching from Krutch Park to support decriminalizing marijuana. 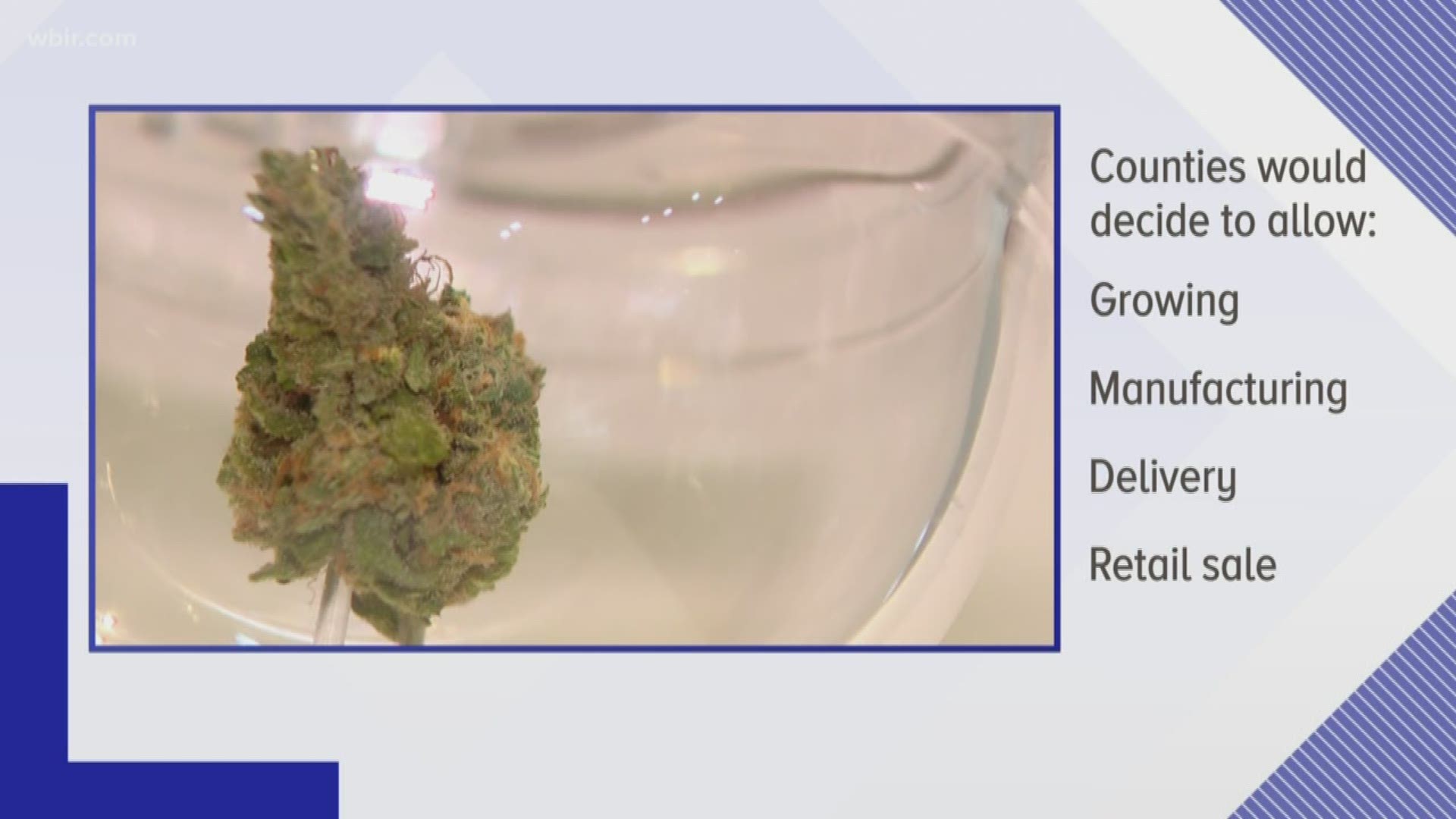 KNOXVILLE, Tenn. — Demonstrators gathered downtown on Saturday to support an act that would decriminalize marijuana manufacturing, distribution and possession.

The "March for Marijuana" began at 2:30 p.m. at Krutch Park. Protestors marched to the office of Rep. Tim Burchett, just a few blocks away. Organizers said that the march was meant to support the Marijuana Opportunity Reinvestment and Expungement Act, or the MORE Act.

The act would remove marijuana from the list of scheduled substances under the Controlled Substances Act. It would also eliminate criminal penalties for people who grow, distribute or possess marijuana.

The MORE Act would also require the Bureau of Labor Statistics to publish demographic data on cannabis businesses, establish a trust fund to support individuals and businesses affected by the war on drugs and impose a 5 percent tax on cannabis products in its current version.

The bill was introduced in the House of Representatives in 2019 and is expected to vote on it in September. The march was organized by the East Tennessee Libertarian Party and the Libertarians and UTK group.

March for Marijuana
Other event in Knoxville, TN by East Tennessee Libertarian Party and Libertarians at UTK on Saturday, September 12 2020