In more than a week the department reported receiving 100,000 unemployment claims. 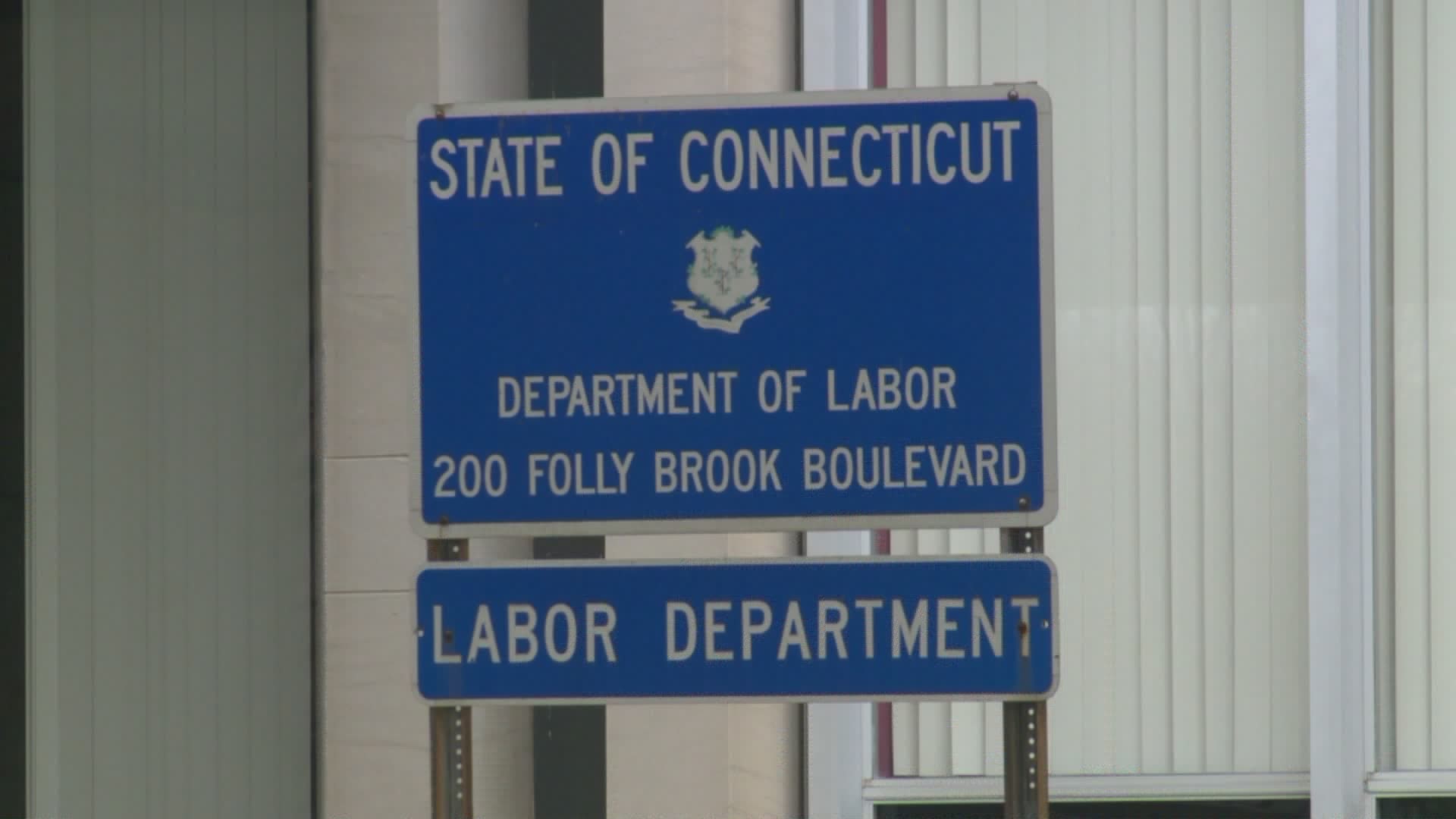 In more than a week the department reported receiving 100,000 unemployment claims.

On Wednesday, state officials would not give specifics on where that number stands now.

RELATED: How to file for unemployment during the coronavirus pandemic

“We have new claims coming in and we also have folks who have been filing duplicate claims so those numbers are becoming mixed... but on average is becoming 20 times the normal amount... I can’t give you an exact figure right now,” says DOL Commissioner Kurt Wesby.

Businesses like the Chowder Pot in Hartford, Restaurant 121 in Oxford, and Hilton Garden Inn in Milford have recently filed letters to the Connecticut Department of Labor.

Commissioner Wesby is asking businesses to use the temporary shutdown process to apply so employees can get paid faster.

“Many companies have filed our shared work plans so they have reduction in hours to keep employers at a part time basis and we can also pay them partial unemployment. If you use the temporary shutdown process our claims will be much more automated individuals that have been laid off will be getting their checks a lot quicker,” says Deputy Commissioner Wesby.

When it comes to processing claims, the State Department of Labor admits they are behind.

“This particular time last year or a month ago a new unemployment insurance application would process between 1 and 3 business days, we are now at 3 weeks and it will grow,” says DOL Deputy Commissioner Daryle Dudzinski.

Usually the department has about 20 people processing unemployment claims, but they’ve increased that to 70 and are having staff work on Saturdays.

“We are bringing back retirees we are paying employees overtime to augment as much as possible out processing,” says Commissioner Wesby.

The commissioner stated that he doesn’t believe the number of unemployment claims has plateaued and plans on applying to federal loans to deal with the crisis. However, he is optimistic that money from a federal stimulus bill that is in the hands of Congress could be of great help to the State Department of Labor.

The Department of Labor has launched hotline numbers so people can have their questions answered and receive help with their accounts: 860-263-6975 and 203-455-2653.