Based at 777 Main, three Getaround cars are available for local use 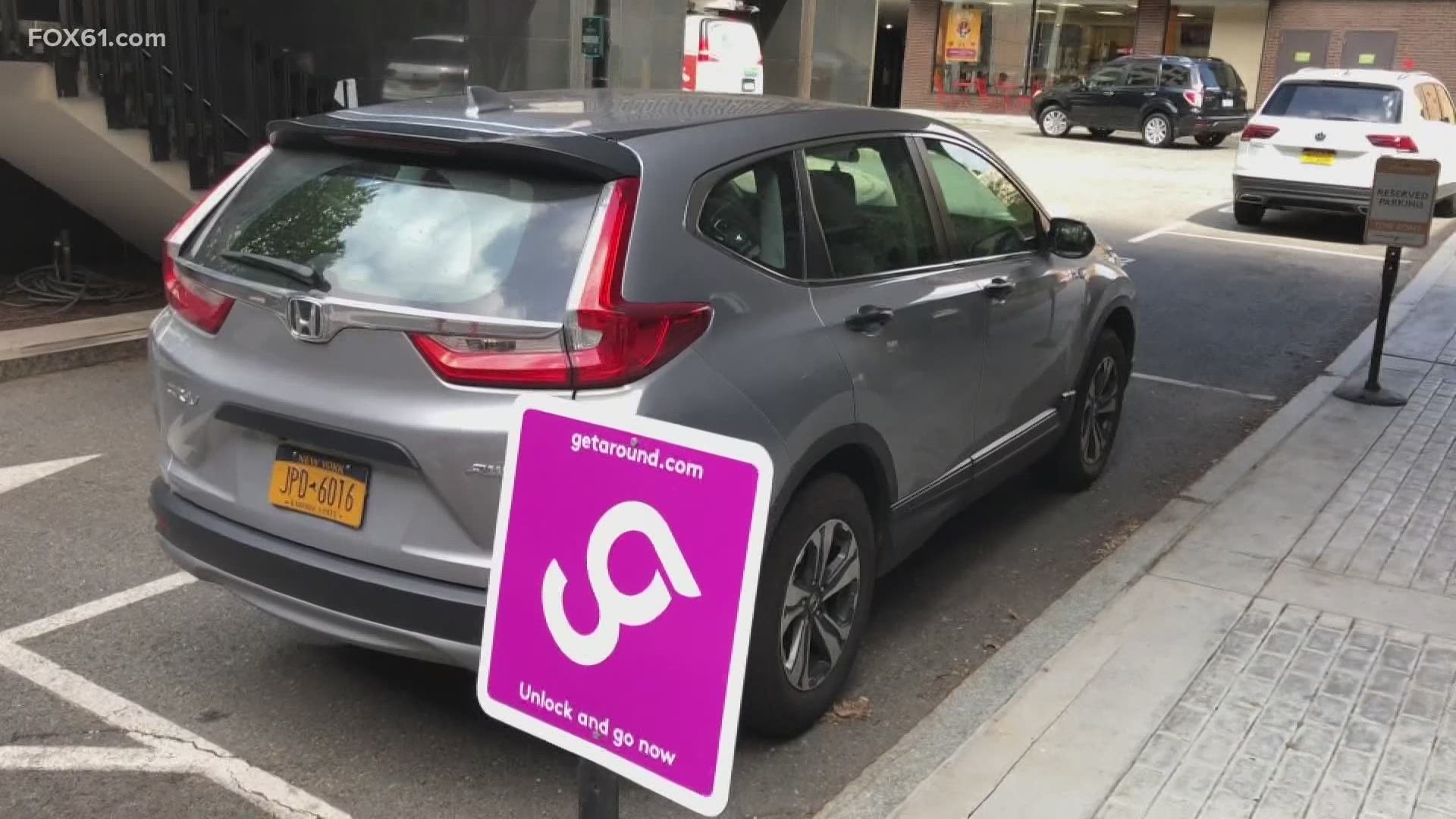 HARTFORD, Conn. — With more people living in Downtown Hartford than ever before, some are forsaking owning a car and just paying for one as they need it.

The owners of 777 Main, across from the Old State House, tapped into that market and announced a partnership with Getaround, one of the largest rideshare operators in the country.

The building is now the home of three rideshare vehicles, all small SUVs, like a Honda CRV. Customers book and pay for the car using the Getaround app.

People who need a vehicle or need a different sized car for an errand or two can rely on these types of programs. The advantage of a rideshare vehicle is the user can take the car by the hour as opposed to an entire day. Often the cars are kept at a central location, rather than a larger facility.

William Kemp, Concierge Manager at 777 Main, said they identified the need for the program for downtown residents. He said it also meets the goal of lowering the building's carbon footprint.

Building management worked with other public and private organizations, to bring the car share about.

According to AAA owning a car costs an average of around $800 a month. That includes not only financing and operating the vehicle, but the car's depreciation. Not included in that figure is the cost of parking.

777 Main, the former Connecticut National Bank Building, houses apartments along with a CVS Pharmacy and Blue State Coffee on the street level.

RELATED: State emissions testing program may resume by 4/26 at the earliest

RELATED: Another pony car revolution as the Mustang goes electric