Mayor Bronin said the first phase will include 270 apartments with 27 set aside for affordable units. It will also include retail, mixed-use, and entertainment. 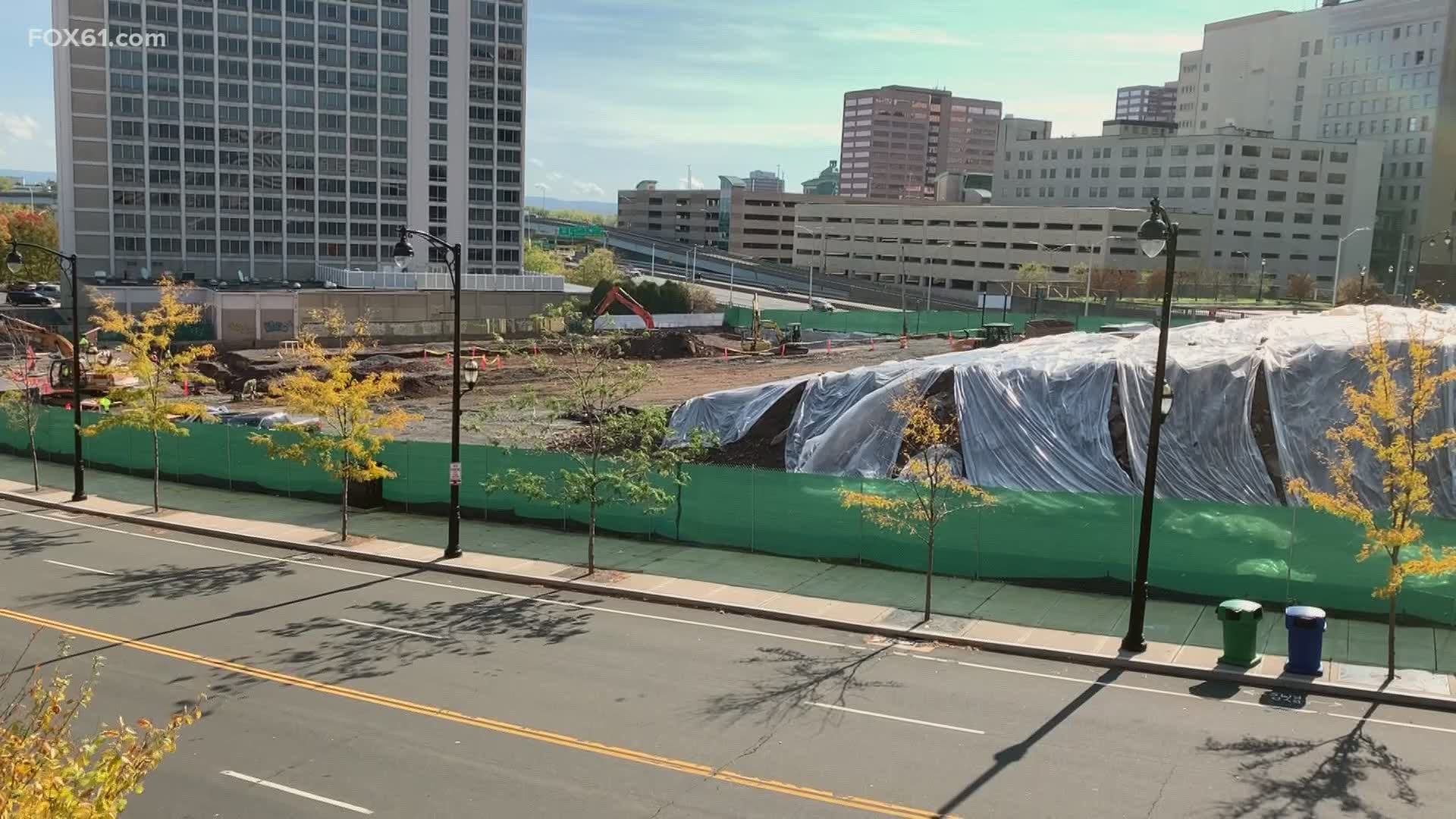 HARTFORD, Conn. — After years of squabbles and planning, delays and dead ends, phase one of the Downtown North Redevelopment Project has broken ground.

Hartford Mayor Luke Bronin made the project official on Thursday with a ceremony on the dirt grounds.

Bronin said, “this first phase will include 270 apartments, 27 of which will be set aside for affordable units, it will include retail, mixed use and of course it’s just phase one.”

The fifty-million-dollar project is being developed by Stamford based RMS Companies.

Lead developer Randy Salvatore said, “we’re really excited to be breaking ground,” and then added “we’ve been at this a while – the last couple of years working with the city and community groups.”

TODAY: #Hartford broke ground on the land around Dunkin’ Donuts Park, where the $50 million first phase of the Downtown North Redevelopment Project will be completed.@JimmyAltman has more details ahead on @FOX61News at 4 & 5pm. pic.twitter.com/TFTuD0qipW

Phase one of the project is expected to take about 20 months to complete and will occupy what was a municipal parking lot across the street from Dunkin’ Donuts Park.

Tim Restall, President of the Hartford Yard Goats said he was looking forward to welcoming his new neighbors.

“We always knew Dunkin Donuts Park would be the spark to bring people to downtown Hartford, so to see the development happening right across the street, it’s an exciting time,” Restall added.