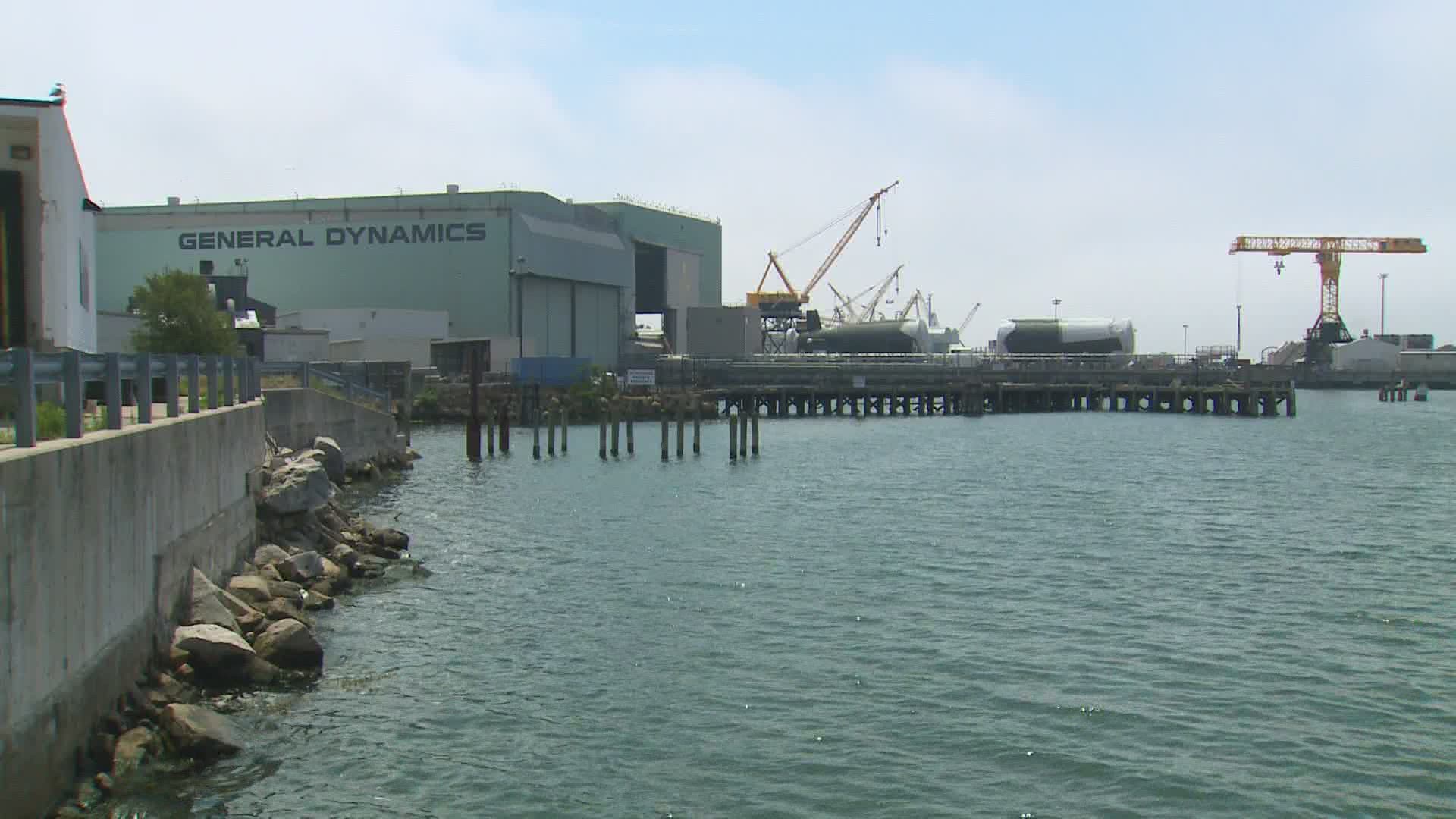 GROTON, Conn. — Company and govermnent officials applauded the award of contracts worth $10 billion to Electric Boat in Groton Monday.

The contracts will lay the groundwork for design and construction of the Columbia class of submarines which will replace the aging Ohio class of subs over the next two decades.

Electric Boad said in a statement, "The Navy today announced that General Dynamics Electric Boat has been awarded a contract modification for the design completion, engineering work and design support efforts for the Columbia Class of Ballistic Missile Submarines.

An option valued at $9.47 billion supporting the construction of the first two ships of the Columbia class is established as part of this modification."

U.S. Rep. Joe Courtney said, “This award is the culmination of nearly a decade’s worth of preparation for this milestone moment for our region and our nation. The replacement of our sea-based strategic deterrent comes only once every other generation, and this work is already fueling unprecedented growth in the workforce in Groton and transformation of the shipyard. This isn’t just good news for Groton—the work that will be done on this program will fuel activity at suppliers across our state and our nation for years to come."

U.S. Senator Chris Murphy, a member of the U.S. Senate Appropriations Subcommittee on Military Construction, said “The Navy’s announcement today is good news for Connecticut and the hardworking men and women at Electric Boat. The amazing submarines built at Electric Boat that patrol the oceans defending our country are a technological marvel, and the Navy’s investment today in the future of Connecticut manufacturing will provide more highly skilled jobs for our state. I’ll continue to use my seat on the Appropriations Committee to keep these wins coming.”

U.S. Senator Richard Blumenthal said, “This binding contract, on paper, unbreakable, will mean jobs for the most highly skilled dedicated defense contracting workforce in the world and it will mean more work for our supply chain in Connecticut."

RELATED: US launches ‘most advanced’ stealth sub amid undersea rivalry

RELATED: US Navy awards $5B to finish ballistic-missile sub design