Ratepayers stressed their concerns to PURA as August’s electricity bills showed no mercy. 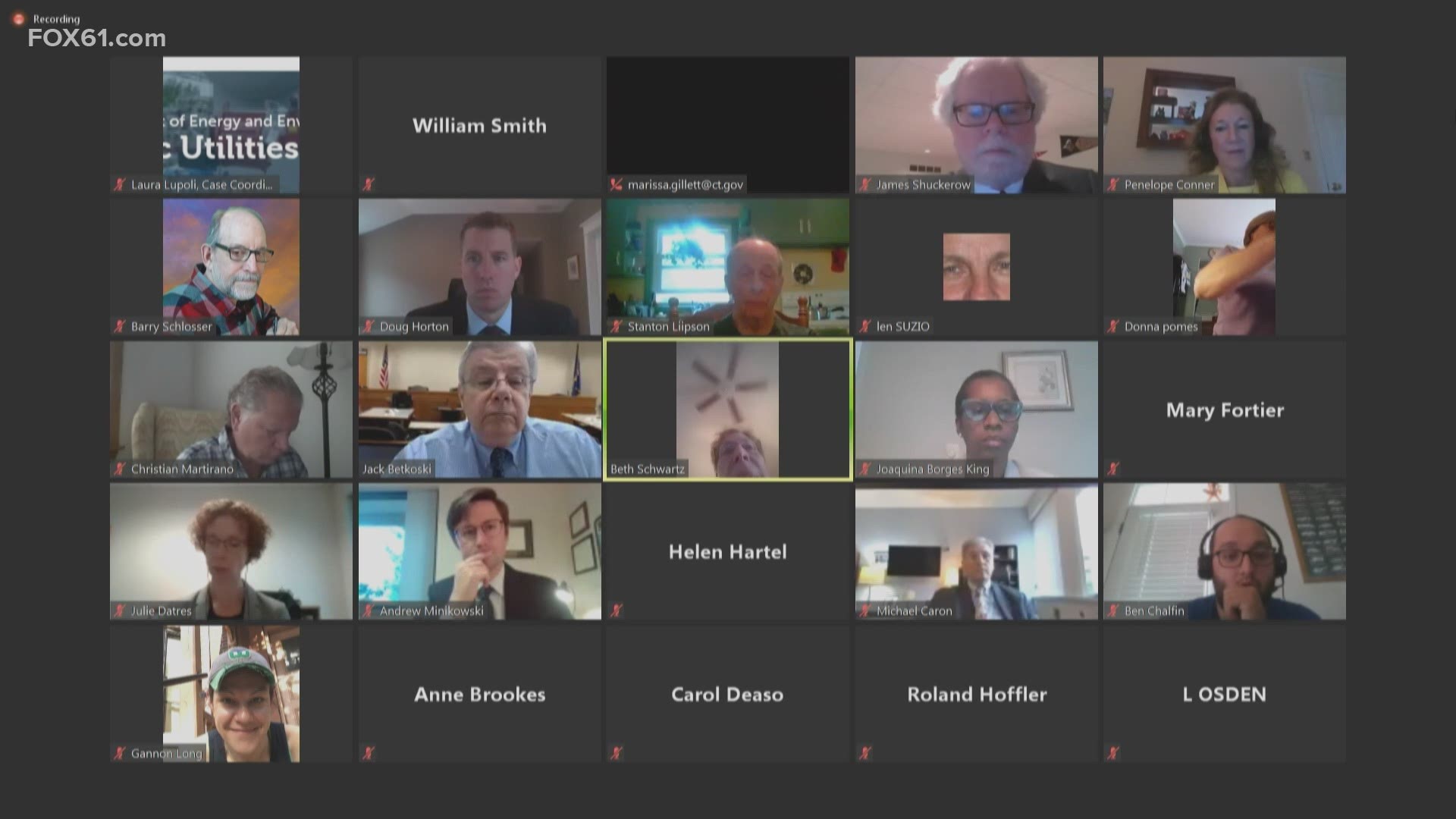 It’s been two billing cycles of ratepayers opening their electricity bill and seeing astronomical numbers in front of them. Now, they’re calling on PURA to lay a heavy hand on Eversource.

"I plead with you to either take Eversource out and go to a public utility option or give PURA immense power to regulate Eversource because this is beyond ridiculous," said Ben Chalfin on the virtual zoom call hearing.

Ratepayers stressed their concerns to PURA as August’s electricity bills showed no mercy.

"My utilities in the month of August out beat my rent," says Beth Schwartz.

Now, the public is calling for big changes and asking for relief.

"And although there are myriad company changes needed, I would like to highlight three of them that are in line with what Senator Richard Blumenthal has opined about," says Barry Schlosser. "First ,change out Eversource's leadership. Second, consider breaking up or restructuring the company. Third, repay customers for its losses."

Eversource, in a statement to FOX61 News, says:

Customers’ bills may still be higher than normal for a couple of reasons. Energy bills are often higher in the summer due to increased use of air conditioners, fans, pool filters, dehumidifiers and other appliances customers use to help them stay cool. The increase in usage also reflects the reality of more customers staying home during the pandemic and multiple heatwaves. We encourage any customer who needs help with their bill to call us at 800-286-2000, so a customer care representative can work with them one-on-one to see if one of our payment plans would help them. We’re currently offering one of the most flexible payment plans in our history due to the Covid-19 pandemic.  The payment arrangement allows customers up to 24-months to pay their bills with no interest and no fees and being on a plan also removes the risk of service disconnection.

We understand the frustration that our customers and political leaders are feeling and the perspective that serving customers within municipal boundaries appears to be a silver bullet to address customer concerns. However, there is more beneath the surface and we continue to participate in this full and thorough process to look at the severity of the storm, the quality of our response, our ability to deploy our own crews from Massachusetts and New Hampshire, and the steps that we can take to improve for the benefit of customers in the future.

There have been a number of proposals brought up by political leaders that range from well-informed to some that show a misunderstanding of the facts. As a utility company providing a critical public service, we look forward to continue participating in the hearings and discussions regarding the state’s electric system. We do support creating a transparent, performance-based environment, that’s grounded in facts, defined metrics, and builds a better overall system for our customers.

The energy and technology committee is drafting new legislation that could change how we regulate public utilities in the state. They’re hoping to enact this in the next coming months.