Eversource says 99% of customers will be restored by Tuesday night

The Public Utilities Regulatory Authority (PURA) says Eversource estimated that, at most, 350,000 of their customers would be impacted by the store. 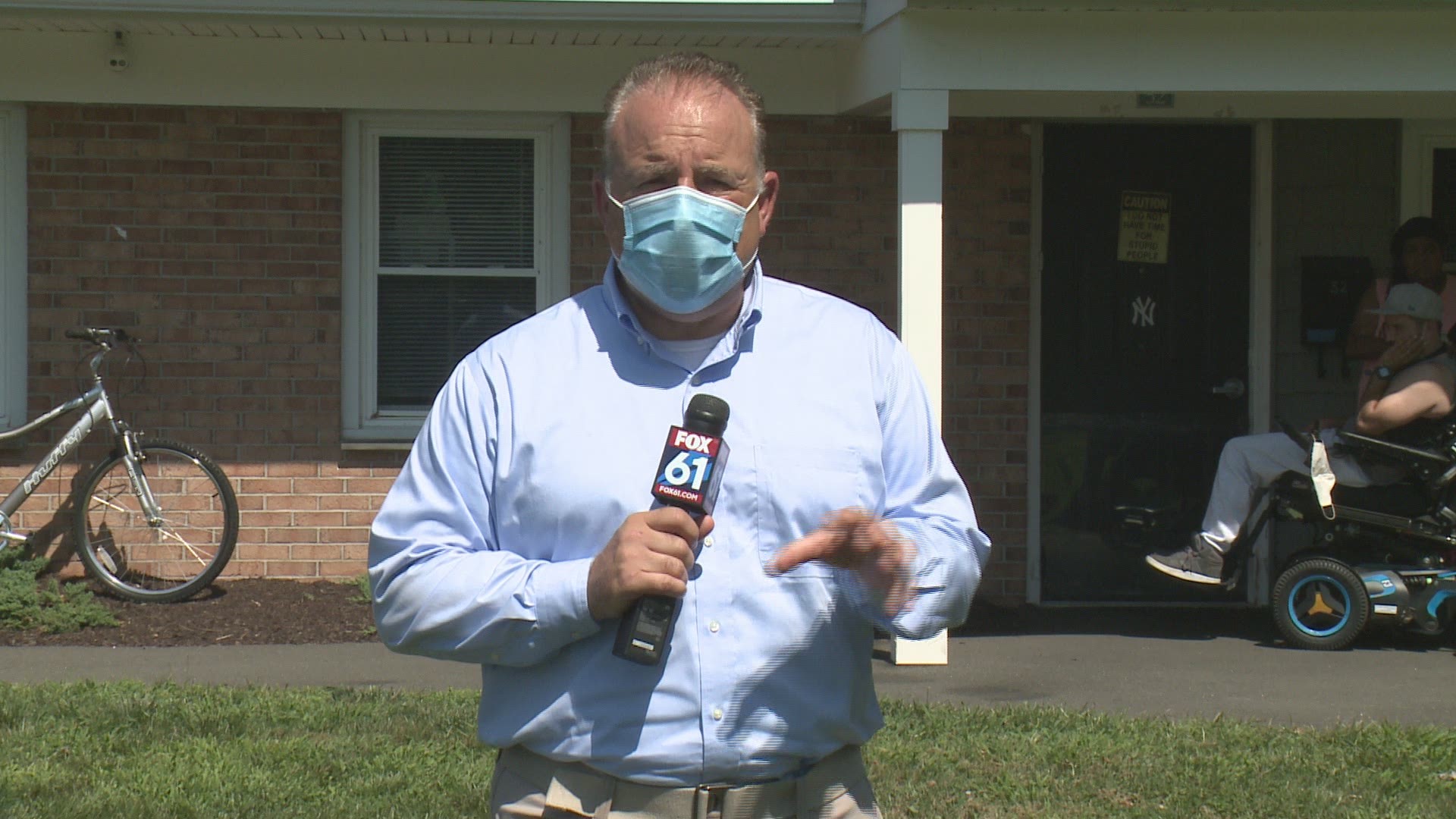 CONNECTICUT, USA — While customers and lawmakers are demanding the leaders of Eversource be fired, the company says their hardened infrastructure and repeated vegetation trimming was simply no match for Tropical Storm Isaias.

Eversource says approximately 60,000 customers remained without power as of late Monday afternoon. However, the company insists 99 percent of its customers will be restored by late Tuesday evening.

"I again want to express my understanding of the frustration of our customers," said Eversource President of Regional Electric Operations, Craig Hallstrom.

He says Eversource did not expect the fury this storm unleashed but insists they did have crews in place before the storm hit.

Hallstrom: "We committed to hiring crews on Friday before the event."

Question: And they were already in place?

Hallstrom: "They were ready to respond."

Question: So, then why was the response so slow?

Hallstrom: "As I just said, when you look at historic storms, this response wasn’t slow. We will have finished with this storm in less time than Super Storm Sandy and Irene."

Of course, countless communities will disagree with his assessment that crews were ready to respond. The Public Utilities Regulatory Authority (PURA) says Eversource estimated that, at most, 350,000 of their customers would be impacted by the store. The number was actually more than double that.

"We made an assessment and we made a plan based on the weather and the models and those types of things and then staffed for this planned," Hallstrom said.

But, he claims the company very quickly ramped up their number of crews.

"Within a day or a day and a half, we had almost triple the amount of crews than when we started," Hallstrom said.

He said over 2,500 crews are working around the clock. However, residents of a 100 unit Glen Apartments complex in Danbury, want to hear nothing of the sort.

The public housing complex is made up of both elderly and disabled residents.

There are people who use the machine to breathe," said Elizabeth Maseko, a caregiver for one of the residents. "Some of them the ambulance has had to come and take them to the hospital because they couldn’t breathe."

Half of the residents had their power restored between Sunday night and Monday morning, but the others are still trying to keep their medications, which require refrigeration, chilled. However, ice is scarce at local stores.

The client Maseko cares for is bedridden.

"When he eats, his bed needs to go up so he can sit up," she explained. "But, with this bed, (and no power), when he eats, he eats sleeping."

She meant he's laying down, creating a choking hazard.

"Luckily, he has me because I’ve been going out and getting his meals, getting coffee," said

Keisha Williams, another caregiver for a Glen Apartments resident with a Traumatic Brain Injury. "But, think about the elderly, who do not have caregivers that are here by themselves."

Residents wonder why they have not been prioritized by Eversource.

"Really, the entire organization is a disaster," said Mayor Mark Boughton (R-Danbury) about Eversource. "And, this is what happens when you are an organization based around creating profit versus serving people."