Out-of-state crews are making use of the amusement park's campground. 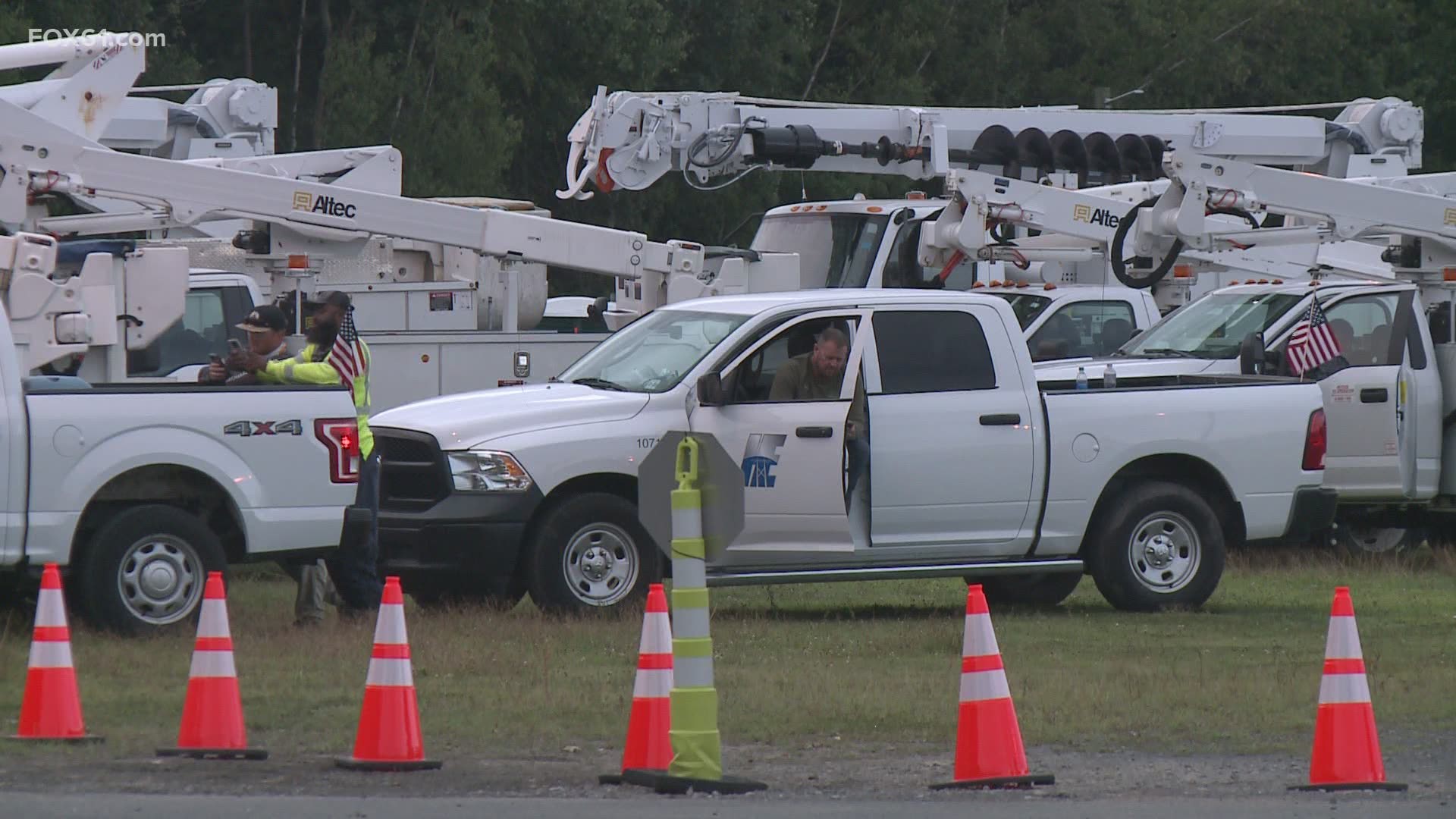 BRISTOL, Conn. — Row after row of utility trucks are now parked at Lake Compounce amusement park. Eversource has set up a command center there as they race to restore power for thousands.

Nearly 500 extra pairs of hands have touched down at the historic, 170-year-old Bristol attraction, setting up trailers at Bear Creek Campground.

“We are smack dab in the middle of Connecticut so we have Eversource setting up camp, here they’re bringing Eversource employees from all over the east coast,” Lake Compounce Marketing Coordinator Paige Schmitt said.

Eversource has called in backup from out of state as about 25% percent of customers remain without power as of Friday evening. Eversource said they have crews coming in from Indiana, Illinois and the Carolinas.

Normally the Eversource Berlin campus serves as a corporate center but is now set up with a number of trailers and mobile vans being used to coordinate restoration activity.

Nearly half the state lost power thanks to Isaias, but Eversource officials announced they have made significant progress, turning the lights back on for more than 560,000 customers so far.

“This is a sense of urgency for us. We understand how hot it is for our customers without power especially during this time of pandemic covid-19,” Eversource President Craig Hallstrom said.

Currently they have about 1,200 crews working on restoration and are expecting another wave of workers Saturday morning.

Eversource estimates that by Saturday they will have more than 2,000 crews and report the majority of customers should have power by noon on Tuesday.