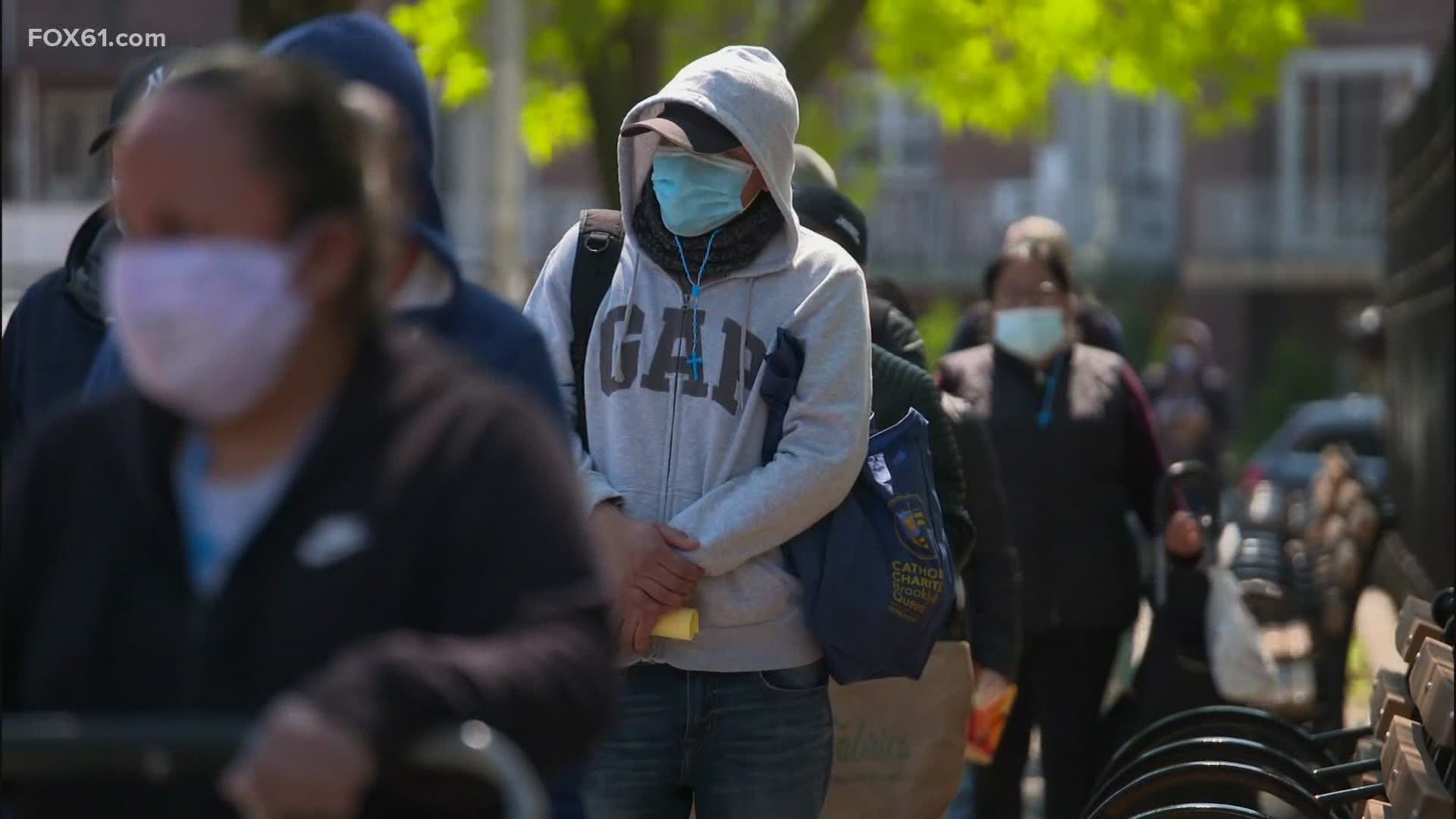 In his daily press briefing, Lamont said one person was from Hartford County and the other was from Windham county. One traveled from Louisiana and the other from Florida. Both were fined $1,000 for failing to file the state required form. One of them was fined an additional $1,000 for failing to follow the mandated 14 day self quarantine. Both investigations were as the result of tips made to the Department of Public Health. Officials said there were other investigations underway.

Lamont said the state was cracking down on large parties where people could spread COVID-19. He said Bridgeport had found several bars that had represented themselves as restaurants to circumvent regulations. The state is working to take away the liquor licenses from those businesses.

In figures released Monday, there were 247 new positive cases - 247, three more fatalities, and current hospitalizations were at 64, only a small change from previous numbers.

Lamont also discussed changing the way rate hikes were determined for utilities in the state. Currently, rate hikes are approved based on the utilities expenditures. Lamont has proposed that state reviews for rate hike requests be based on performance. There would be a financial benefit for excellent performance and what Lamont termed "painful consequences" for poor performance. Katie Dykes, Commissioner of the Department of Energy and Environmental Protection, said the Public Utilities Regulatory Authority had the power make the changes.

Some state legislators are calling for Eversource to be broken into smaller companies and for the CEO to resign. Lamont said a breakup would require more study but did not take a position on the matter of the CEO's resignation.

Lamont also talked about the administration's executive orders on Saturday to increase unemployment benefits by $300 per week and have the states add another $100 per week. Lamont said that would cost the state $500 billion through the end of the year and  officials would have to take that money out of other budget items like education. Lamont said on the conference call with the Vice President's COVID-19 task force, federal officials indicated they were working to find a way that the federal government would reimburse the state's expenditures. He expected more details in the next few days.