The investigation was called for by Governor Ned Lamont on Wednesday, saying he didn't want any excuses 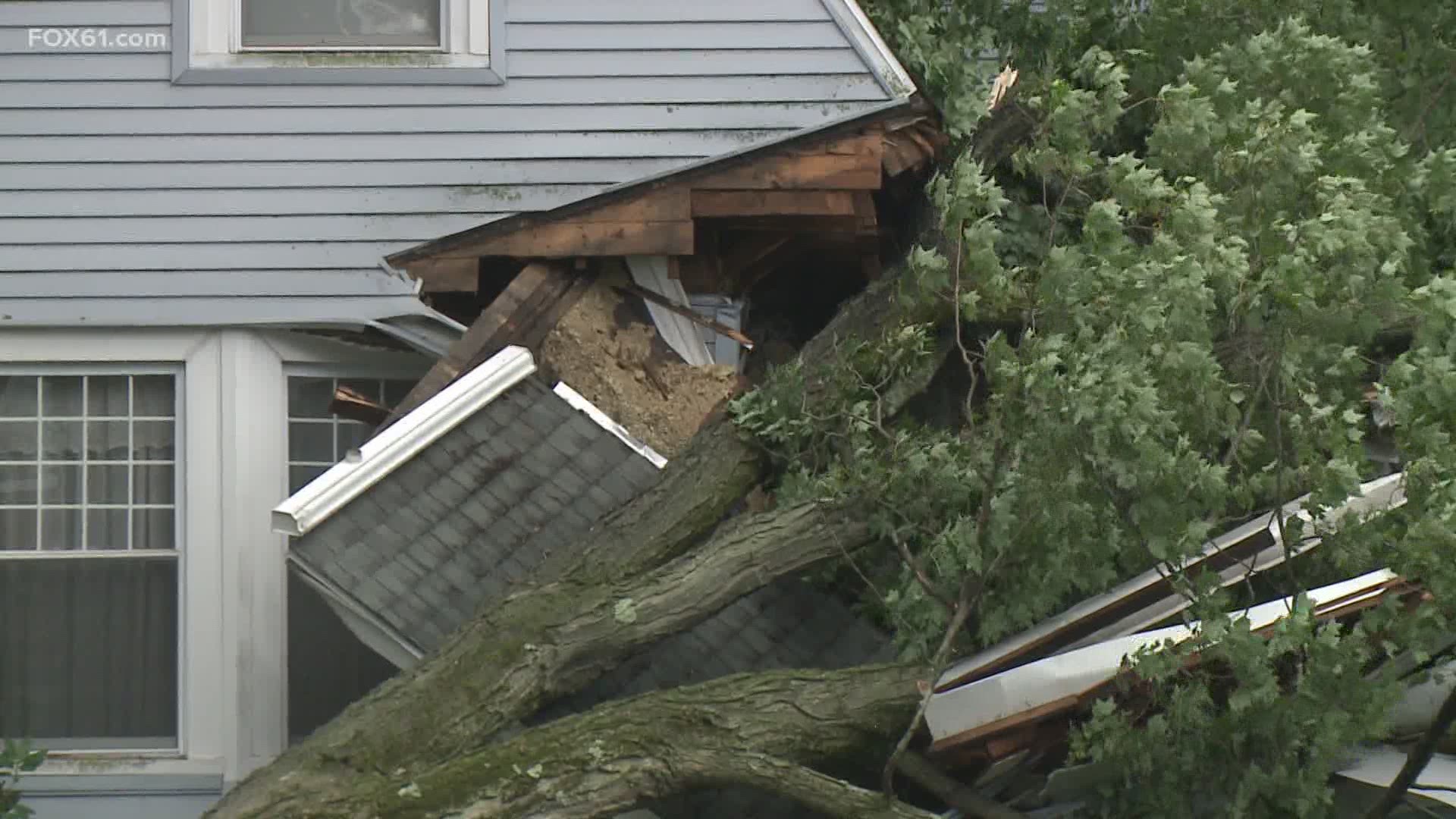 Governor Ned Lamont had called on PURA to start an investigation, criticizing Eversource for spending hundreds of thousands of dollars into modernizing its grid, but seeing no results after Isaias.

On Wednesday morning, over 700,000 people were without power between the two electric companies.

"To be blunt, I don’t see much progress made from all the investments we’ve made in terms of hardening, strengthening and modernizing our grid," said Gov. Lamont.

Thursday, PURA said they will examine, in detail, measures each company took in preparation for this storm, which caused widespread power outages and lengthy service restoration timelines, as well as reasons behind the clear misstep in response.

"I want to make sure that we put every person we can on the table to make sure we’re taking care of this. I don’t want any excuses. We’re going to do some assessment," added Lamont.

"There’s no utility in the country that would staff to handle this type of magnitude. In the last several years, you’ll see our reliability has actually increased. Last year being the best year ever for Connecticut," said Craig Halstrom, president of Eversource Electric Operations.

I appreciate the regulators at PURA for responding to my request for an investigation into the utilities' preparedness for Isaias, as well as their failure to communicate with customers.

This is how we start to hold our public utilities accountable. https://t.co/xIDL0TviFX

On Thursday morning, FOX61 spoke with Eversource about their response to the power outages.

According to Poirot, hundreds of crews were already in place on Tuesday for the storm. On Wednesday, hundreds more had come down from Canada, Pennsylvania, and Massachusetts. Several hundred more crews will join Eversource today, the company said.

Poirot said that since Isaias was a regional storm and impacted states where they also have a presence, they had to look outside their region to try and bring additional crews in. COVID-19 was reportedly not an issue in finding crews.

As far as restoration estimate times, Poirot says they can't accurately put a time out that people could plan around until their damage assessment in all 149 towns in their service area is done. In order to get to the damage, sometimes trees blocking the road have to be removed and they work with local road crews to do that.

The impact Isaias had on the electric system is greater than Superstorm Sandy, and customers should plan for multiple days without power as crews work through extensive damage to make repairs. More information here: https://t.co/hF43Yz4Jw4 . (2/2) pic.twitter.com/ZbUXVSLIAb

“There has been a significant failure in communication here, leaving upward of 800,000 Eversource customers without even a clear way to report an outage from the outset of the storm event," said PURA chairman Marissa P. Gillett said. "There are disturbing reports emerging about the coordination, or lack thereof, between our electric utilities and the communities which they serve. This is simply unacceptable. There will be a full, transparent investigation to follow; however, I want to emphasize that the focus remains for the time being on addressing life safety issues, restoration of service to critical facilities, and restoration of service to all 1,000,000+ Connecticut residents and businesses who lost power before and after the storm.”

PURA said they will continue to work closely with Governor Lamont’s office, the state’s emergency operations center, other state agencies, and the utilities until service restoration is complete.