EXCLUSIVE: Avon mother searches for child missing for more than a week

Ronan Hernsdorf-Smith, 17, was last seen after their first day at Avon High School on Aug. 30. 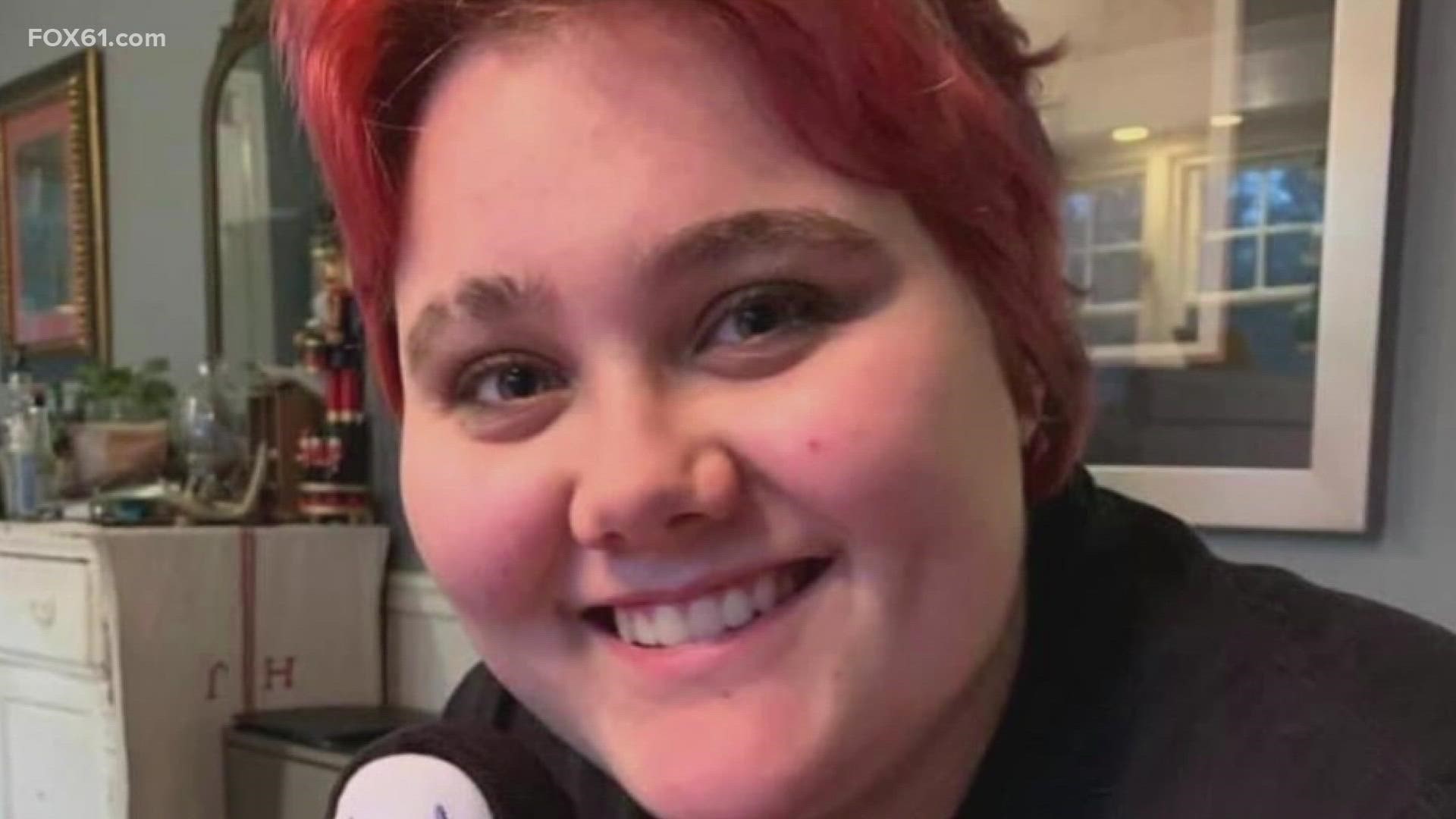 The Connecticut State Police issued a Silver Alert over the weekend for Ronan Hernsdorf-Smith and the investigation now involves multiple investigating agencies including the FBI.

The 17-year-old, who has been missing for eight days, comes from a loving home with a big support system, but their young life hasn’t been easy. Ronan is transgender and has struggled with mental health issues. Their family says they are vulnerable and may be in grave danger.

She added: "Ronan is such a wonderful loving and gentle person."

Hernsdorf-Smith was last seen on Aug. 30. Lt. John Schmalberger of the Avon Police Department said usually when a juvenile goes missing they turn up very quickly. But that's not what happened.

The teenager disappeared after the first day of school at Avon High School. They left their family a note that read, "I love you all so much. Thank you for everything. I'm so sorry."

"I just want my child to come home and be safe," Hernsdorf said.

Police said, after school, Hernsdorf-Smith took an Uber to Hazard Ave. in Enfield where their phone pinged, then shut off. Police believe the teenager is with another 17-year-old whom they met at a mental health treatment center. It’s important to note police have not identified any suspects or persons of interest. 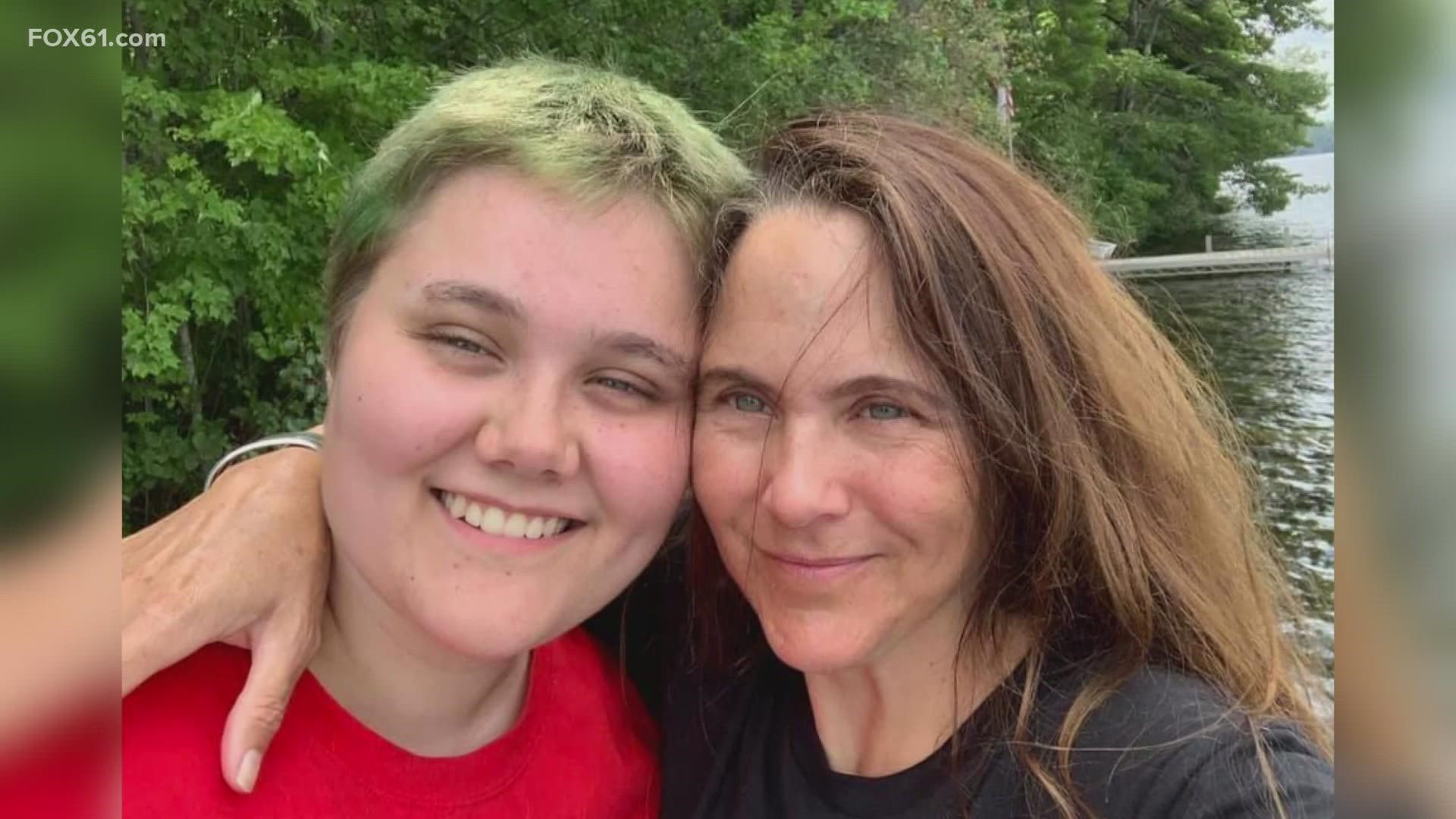 "There’s another individual who has gotten into Ronan’s head lately," explained Carrie Firestone, a family friend of the Hernsdorf family. "There’s been a lot of toxic texts back and forth and things that are red flags."

The family believes Hernsdorf-Smith was a victim of human trafficking, however, police said they don’t have enough evidence right now to make that connection.

"We're certainly not ruling anything out," said Schmalburger.

"When we look at this specific case coming out of Avon Connecticut we realize how close it is to us," said Leonela Cruz Ahuatl, the Director of Project Rescue. "In terms of trafficking and traffickers they know who to prey upon and they know how to pick them."

My heart goes out to the Hernsdorf family of Avon as Kelly searches for her missing child. Her message to her 17 year old child, Ronan...@FOX61News pic.twitter.com/L9NWg4vATV

Police told FOX61 that the phone of the person who they believe Hernsdorf-Smith is with, also pinged in Virginia, but nothing was discovered there either.

That person may be using advanced scrambling technology, police said. Hernsdorf-Smith had access to a bank account but has not made any transactions since he disappeared.

In addition to the police investigation, the family has hired a private investigator and the FBI is working to forensically analyze Ronan's computer for clues.

Speaking with Avon PD about investigation into the disapperance of Ronan Hernsdorf-Smith. PD says not enough evidence right now to make definitive connection to human trafficking and as of now there are no suspects or persons of interest. @FOX61News pic.twitter.com/NVm1WkQAxt

The Hersdorf family thanked the Avon community for their support. The community plans to show that support at the Avon town green gazebo for a vigil at 7:00 p.m. on Wednesday.