The size of crowds is becoming a public safety concern. 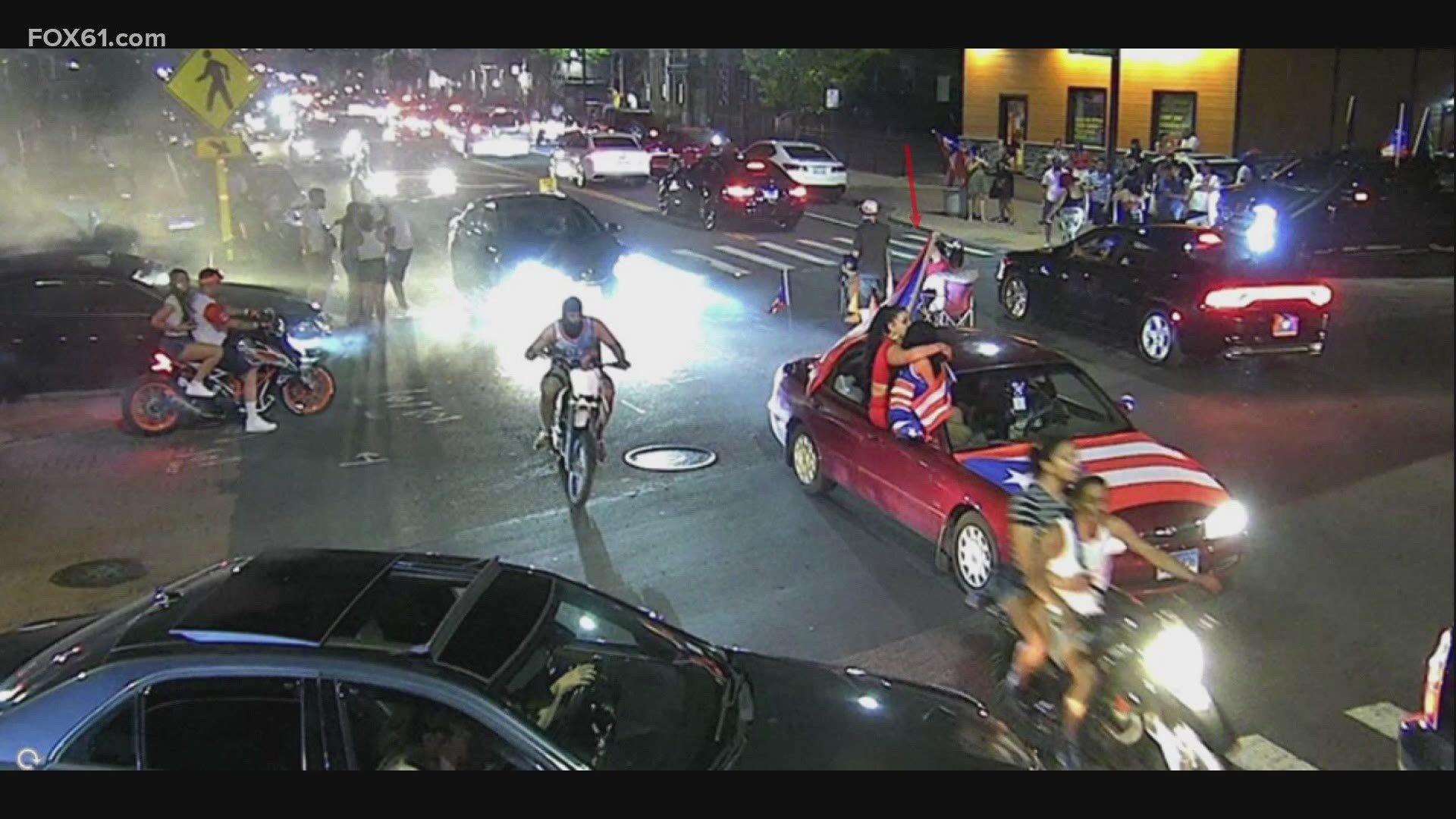 HARTFORD, Conn. — FOX61 News is getting a clear picture of the large crowds of cars and people gathering in Connecticut’s capital city every week – and what Hartford Police officers are responding to in recent months.

Hartford Police personnel told FOX61 News they’ve never seen anything like this before. They said they’re being stretched beyond their limits trying to implement crowd control while sometimes getting met with resistance.

A few officers said they have had glass and plastic bottles thrown at them and even a propane tank tossed their way from a second-floor window.

Maria, who did not want to share her last name, spends most of her time in the Wethersfield and Franklin Avenue areas where there are huge crowds on the weekend lately.

Exclusive pictures provided to FOX61 News by Hartford police of the city’s South End on weekends in and around Franklin and Wethersfield Avenues show pockets of people, car caravans, and illegal dirt bikes, including during last weekend’s Puerto Rican Day Parade.

"Saturday, I couldn’t even get home [because] there were cops everywhere, blocking the streets, not a riot, but chaos,” Maria said.

Last Sunday, a police captain sent out an email asking any police officer available to come in, regardless of rank and assignment, saying: “your brothers need help.”

Maria said she spends all her time in the neighborhood.

“They just party until 3-4-5 o’clock in the morning. People got to work,” she added.

Others like Franklin Avenue barber Edwin Castaner-Sanchez and client Anselmo Acevedo aren’t bothered by the crowds and people socializing and having fun.

“It ain’t gunna stop. We the people, we don’t have anywhere to go,” Castaner-Sanchez said.

Hartford City Councilman Josh Michtom told FOX61 News: “The food truck ordinance council passed Monday starts from the idea that food trucks are the source of ruckus on street and if you get rid of food trucks, you get rid of the ruckus and I don’t think that’s true.”

HPD declined FOX61 News request for an interview instead releasing a statement reading in part:

“Our police department will continue to take actions like closing streets, working with state partners to close highway exits, enforce motor vehicle laws in partnership with the DMV, and other steps to prevent this kind of serious disruption. Our city council also took action to limit late-night food truck activity, which we’ve found attracts these very large disruptive crowds late into the night. Our message to residents is that we’re going to do whatever it takes to protect your quality of life, and our message to those disrespecting our community and causing this chaos is that we’re going to make it as inconvenient as possible to do so.”

The mayor’s office did not return FOX61 News’ request for comment.