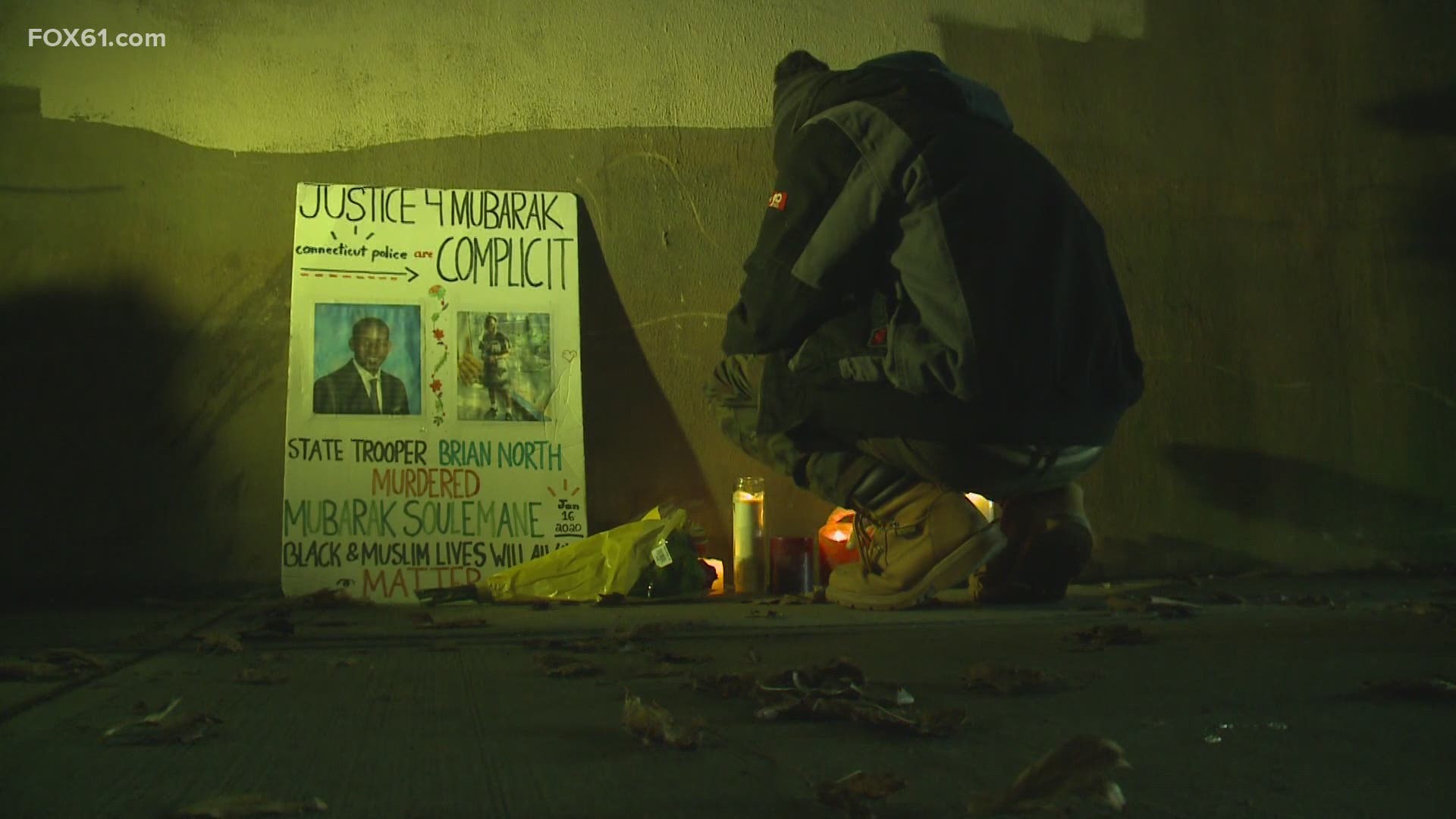 WEST HAVEN, Conn. — Family and friends of Mubarak Soulemane gathered at the site of his death to commemorate the anniversary of his passing.

Mariyanne Soulemane said, “I want people to remember that this a 19-year old who had his life ahead of him.”

The family is still shaken from losing their loved one.

“It was exactly 5’oclock when the trooper murder my son right here. Not any family should experience this kind of day,” said Oma Mohammed.

Soulemane died after being shot and killed by state trooper Brian North after Soulemane led troopers on a highway chase.

Soulemane was sitting behind the wheel of a car when he was shot.

Some arguing it was justified because Mubarak had a knife.

Mar Arons, who is the family’s attorney said,  “He had a knife, but it was a steak knife from a butcher block and there is no doubt in anyone’s mind you can not injure someone with a knife inside a car.”

Soulemane’s family says this all could’ve been avoided if police took more time to assess the situation.

Mariyanne said, “Unfortunately with his sickness, it held him back a lot but underneath that sickness lied a Mubarak... a very caring loving soul.”

The Middlesex State’s Attorney's Office sent out this statement:

While the investigation continues, the Soulemane family is looking for their own form of justice which would criminally charge the trooper who shot and killed Soulemane.

Arons said, “The family wants justice for their dead sons which means criminal prosecution then we are going to handle a civil case which means we want compensation for the family.

If won, the civil suit could award the family up to 10-million dollars, but the family says no dollar amount can replace their 'Mubi' as they say anyone who knew Mubarak loved him and they will miss him.

Omo said, “Whoever is praying today to add my son in the prayers... may his soul Rest In Peace.”

The attorney of the Soulemane family says that he is waiting for the Middlesex State’s Attorney’s Office to finish their investigation into this incident but the family says that all they can do right now is wait.