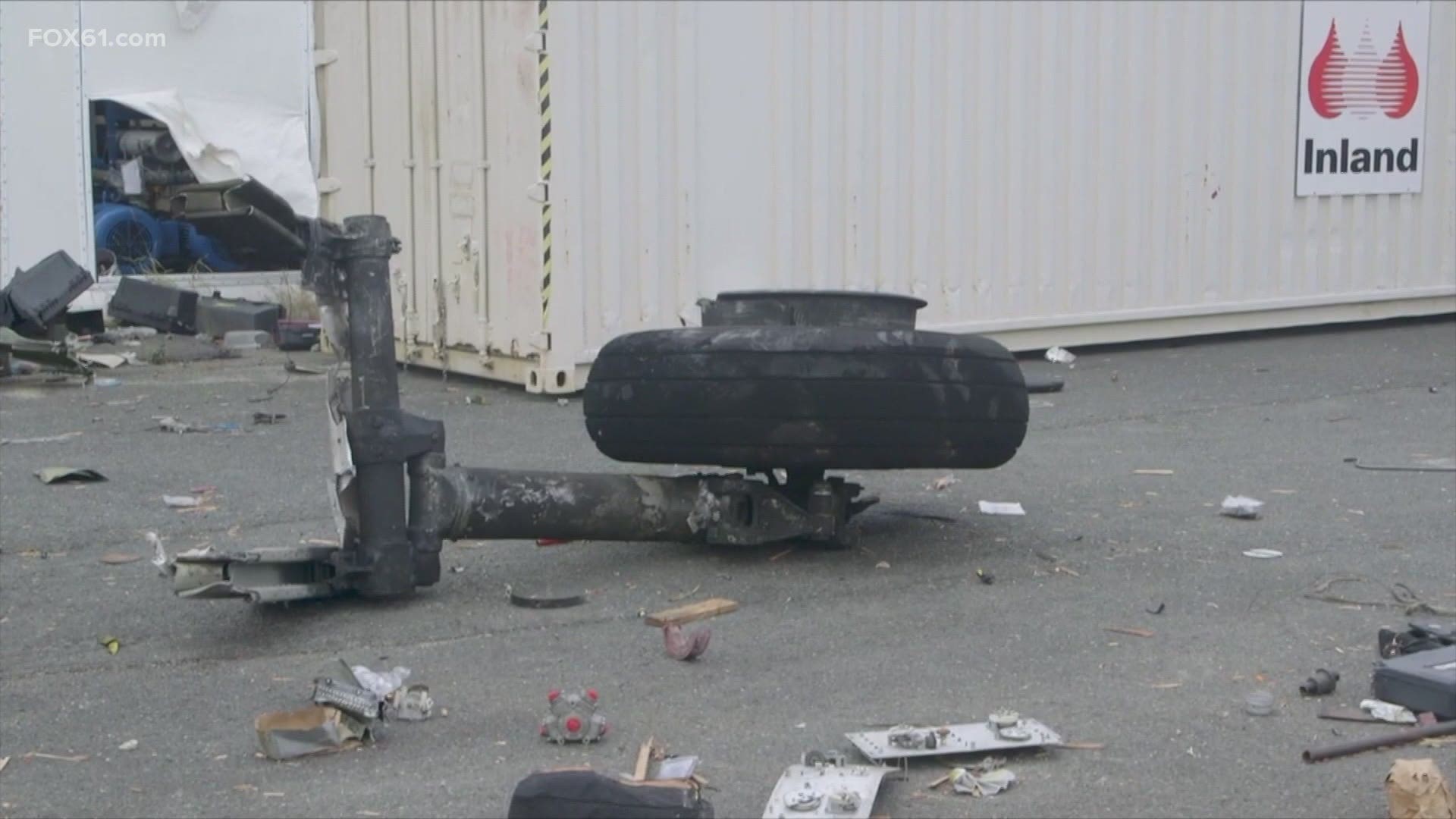 AVON, Connecticut — The family of the B-17 co-pilot who was killed when the plane crashed in 2019 has announced plans to sue the owner of the plane. The WWII-era bomber crashed at Bradley International Airport in 2019, killing seven people and injuring six.

Michael Foster’s family is now suing the Collings Foundation for gross negligence and recklessness. The family is represented by attorney Andrew Groher, from the Connecticut law firm of RisCassi & Davis. The lawsuit was filed in Hartford Superior Court.

In a press release announcing the lawsuit, attorneys said the recently-released FAA investigation of the crash reveals, among other things, 'that representatives of the Collings Foundation, including the Pilot in Command, failed to properly maintain the airplane (two of the planes four engines were unfit for flight), ignored obvious pre-flight signs the plane was unfit for flight, failed to properly inform the plane’s crew and passengers as to the proper use of safety belts and the location of emergency exits before takeoff, and failed to declare a flight emergency when trouble developed – a step that would have allowed Bradley Airport to prepare emergency crews on the ground for a crash landing."

“This senseless tragedy and loss of life was directly caused by the Collings Foundation’s complete disregard for the lives of the passengers and crew,” said attorney Groher. “This plane should never have been allowed off the ground on the day of this crash”

Pilot error probably caused the October 2, 2019 crash of the World War II-era bomber that killed seven people and wounded six others, the National Transportation Safety Board said in a report released in April. It cited inadequate maintenance as a contributing factor.

The vintage bomber, also known as a Flying Fortress, one of the most celebrated Allied planes of World War II, was used to take history buffs and aircraft enthusiasts on short flights, during which they could get up and walk around the loud and windy interior.

Five passengers were killed along with McCauley and the co-pilot, Foster, 71, of Jacksonville, Florida, according to the Connecticut Department of Emergency Services and Public Protection. Passengers Gary Mazzone, 60, of East Windsor, Robert Riddell, 59, of East Granby, James Roberts, 48, of Ludlow, Massachusetts; David Broderick, 56, of West Springfield, Massachusetts; and Robert Rubner, 64, of Tolland, Connecticut.

The only surviving crew member of a World War II-era bomber told investigators that “everything was perfect” before takeoff and he doesn’t understand what went wrong.

His statement was part of the testimony to the National Transportation Safety Board, which investigated the cause of the crash.

Plane mechanic Mitchell Melton told investigators there was trouble starting two of the engines that morning, but he got them running and everything seemed good.

Statements from the survivors indicate none of the passengers were given any instructions prior to boarding the plane. And once they were on board, the seatbelts were loose and they received no instructions as to how to put them on.

Witnesses said it was clear there was a mechanical problem with the plane prior to take off.