30-year-old Zeshan Chaudhry's family rallied outside of the Motel 6 after he was shot over a $10 pool pass last Sunday. 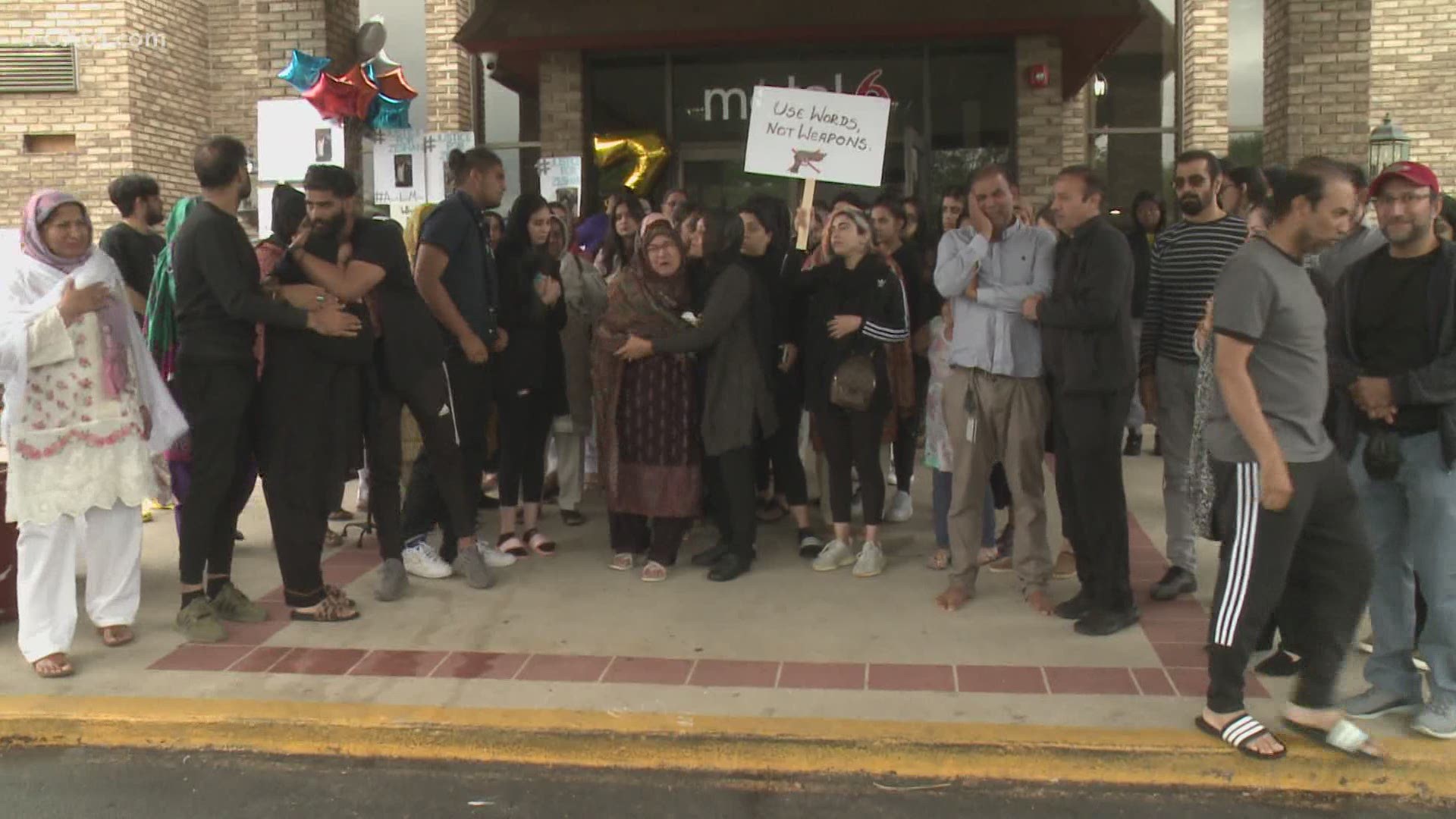 VERNON, Conn. — A family is demanding justice after their son was killed in a hotel shooting last weekend in Vernon.

30-year-old Zeshan Chaudhry's family rallied outside of the Motel 6 located near the Hartford Turnpike Saturday afternoon. The family also held a memorial to pray, honor his memory and call for change so that what happened to Zeshan doesn’t happen to anyone else’s loved one.

"I need justice. My son does not deserve to die,” Zeshan’s father Nadeem Chaudhry said. The Chaudhrys own the hotel.

Nadeem told FOX61 News his son was an aspiring businessman who took care of his family and recently proposed to his girlfriend.

“We were supposed to get married in a few months,” fiancé Bisma Khan said. “We had our whole life to look forward to and what happened was not meant to be and it was not fair.”

Police said the incident all started with an argument over a $10 pool pass.

“We hoteliers do not deserve this,” said Hafiza Naheed, who owns the nearby Red Roof Inn.

Police arrested 31-year-old Alvin Waugh and charged him with murder. We're told Waugh was staying at the hotel with his girlfriend.

"As my brother turned away, he shot him from the back," Zeshan’s brother Adi Chaudhry said. "He decided to walk up to my brother’s lifeless body and shoot seven more rounds into him."

Adi and other family members told FOX61 they’re upset to see Waugh’s bond was lowered from $5 million to $2 million.

A memorial now stands in front of the Motel 6 to honor Zeshan, or Zee, as hotel guests would call him.

Those who loved him are not letting his story end here. They are calling for gun control measures.

The suspect allegedly used a gun he made himself.

"There needs to be restrictions. There needs to be more laws regarding guns,” Adi said. “My brother will not be forgotten. I will take this as a chance­, as an opportunity, to dedicate my life, my family will dedicate their life, to make sure changes are made."

They want to make sure no family ever has to feel the same pain.

Waugh is set to appear in Rockville Superior Court on July 30.