A family held a rally in Bridgeport in efforts to bring justice for their loved one who was shot 7 times by a police officer. 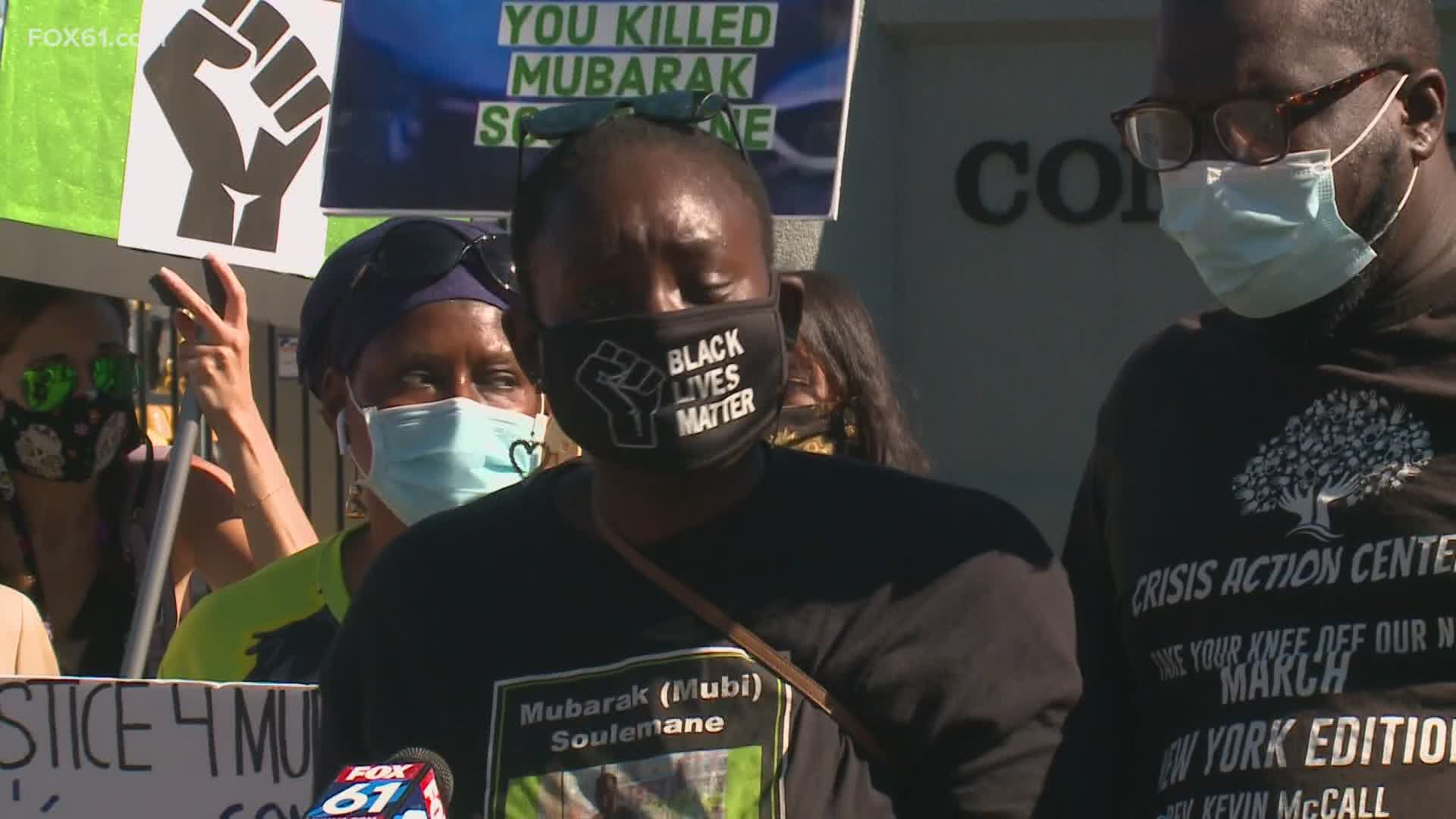 BRIDGEPORT, Conn — Protestors are urging the state’s attorney office to deliver a verdict in the case of the officer-involved shooting of Mubarak Soulemane.

Protestors say it’s been over 170-days too long and says now it’s time for answers as they gathered in front of Troop G.

Mariyann Soulemane who is Mubarak’s sister said, “I miss my brother… the fate, the fate he met was not just.”

Back in January of this year, Soulemane lead officers on a high-speed chase before being shot and killed by a state trooper.

The state’s attorney’s office has been investigating this incident for months with little word on when it’ll be completed.

“He won’t tell me exactly if it’s done or not, they’re not permitted to, and then they have 120 days upon the completion of the investigation to issue a report,” said Mark Arons who is representing the Soulemane family.

The family of Soulemane says waiting for the additional time for the report is too much to bear.

Omo Muhammad who is the mother of Mubarak said, “Come on this is obvious, come on Michale Galore what kind of investigation do you need enough is enough we need a verdict Michael Galore I am talking to you!”

Protestors say they march to put pressure on officials saying the shooting was an injustice, but officials say Soulemane reached for a knife during the conflict with troopers, but the family says that still didn’t call for the response that ended Soulemane’s life.

Mariyann Souleman said, “He’s not an animal he was a human this is not right, 7 gunshots my brother did not deserve that.”

Attorneys for the Soulemane family that in the case of the verdict does not go in their favor they have other avenues to find their own form of justice.