The plane took off from Robertson Airport in Plainville before crashing into a building in Farmington. 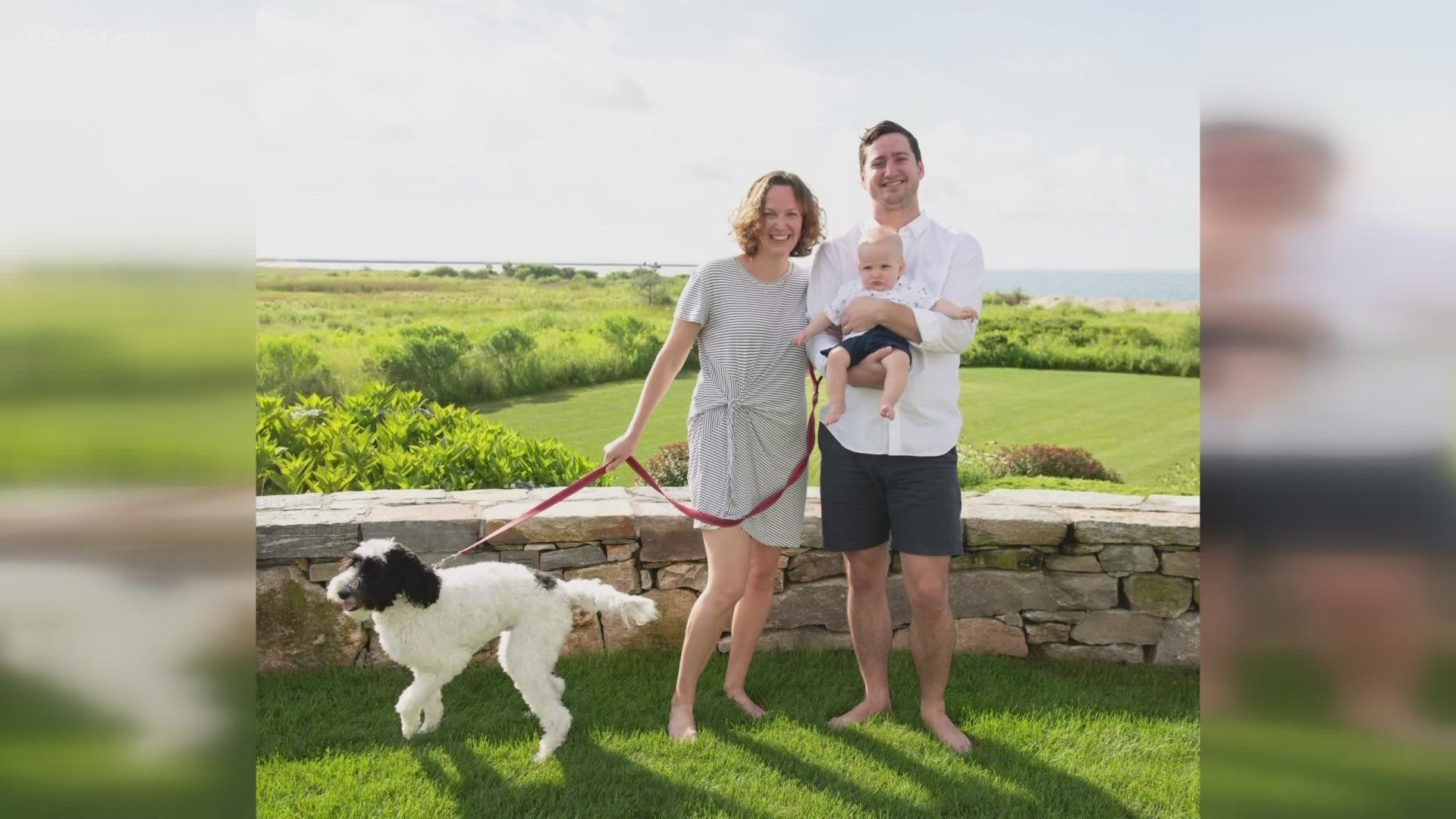 FARMINGTON, Conn. — Editors note: The video above is from September 2

The four people killed after the plane they were on took off from Robertson Airport and crash into a building in Farmington on Thursday morning have been identified by police.

A family spokesperson for the Shrauner family told FOX61 News exclusively that the couple's family and friends are heartbroken and are currently focused on healing.

According to Mitchell, Haviland was currently pregnant with the couple's daughter at the time of the crash.

Boston Medical Center, where the couple worked, released a statement Friday that said:

"We are deeply saddened by the tragic loss of one of our cardiology fellows, Dr. Will Shrauner, and his wife, Dr. Courtney Haviland. Will, a second year fellow at Boston Medical Center, was well known as an outstanding educator, physician, colleague and friend to many. Our thoughts and prayers are with Will and Courtney's family and loved ones."

I can’t wrap my head around the fact a family spokesperson told me Dr. Courtney Haviland was pregnant with her baby girl when this crash happened. Keep the Shrauner family in your prayers. pic.twitter.com/NTeJzbSdDu

According to Dr. Joel Katz, Director of Internal Medicine Residency Program at Brigham and Women’s Hospital, Dr. Will Shrauner trained at the Brigham from 2016-2020.

"Both Will and his wife, Dr. Courtney Haviland, were bright lights, devoted physicians and dear friends," Dr. Katz added. "We are deeply saddened by this tragic loss, and our hearts go out to their families, friends and colleagues during this incredibly heartbreaking time.”

Family spokesperson, Dr. Matthew Mitchell also noted that Will’s dad told him from an early age, he knew his son was going to be a doctor – all of his kids.

The crash remains under investigation by Federal Aviation Administration and the National Transportation Safety Board. Investigators are expected to remain at the scene throughout the weekend.

Around 10 a.m. Thursday morning, the Cessna Citation 560X business jet the four people were flying took off from the airport in Plainfield. Officials said they believe some type of mechanical failure caused the plane to go down, hitting the ground and then the Trumpf Inc. building nearby in Farmington.

Farmington police Lieutenant Tim McKenzie told reporters Thursday the first officer to arrive at the scene saw the small jet and the building engulfed in flames.

He said the first officer to arrive saw the small jet and the building engulfed in flames.

"It is miraculous," McKenzie said when asked about employees escaping.  "You've seen the pictures so far, and from the witnesses, said it was pretty intense."

"We also want to thank all of the customers who have been reaching out to all of my colleagues and myself in the last 24 hours expressing their sympathy and their concern," said Burke Doar, Vice President of Sales and Marketing of TRUMPF.

The FAA said in a statement the plane was headed to Dare County Regional Airport in Manteo, N.C.

This is Robertson Airport - where the plane took off from. It’s not far from TRUMPF at all. pic.twitter.com/18C3y4TLET

On Friday, Trumpf Inc. shared a video statement by the company's senior vice president, Burke Doar, who said they are assessing the damage to the building and determining what needs to happen to get it back up and running.

"The firemen and the police here in Farmington responded very well and the evacuation of our employees was extraordinary," he said. "We also want to thank all of the customers who have been reaching out to my colleagues, myself, in the last 24 hours expressing their sympathy and their concern. It means a lot to us."