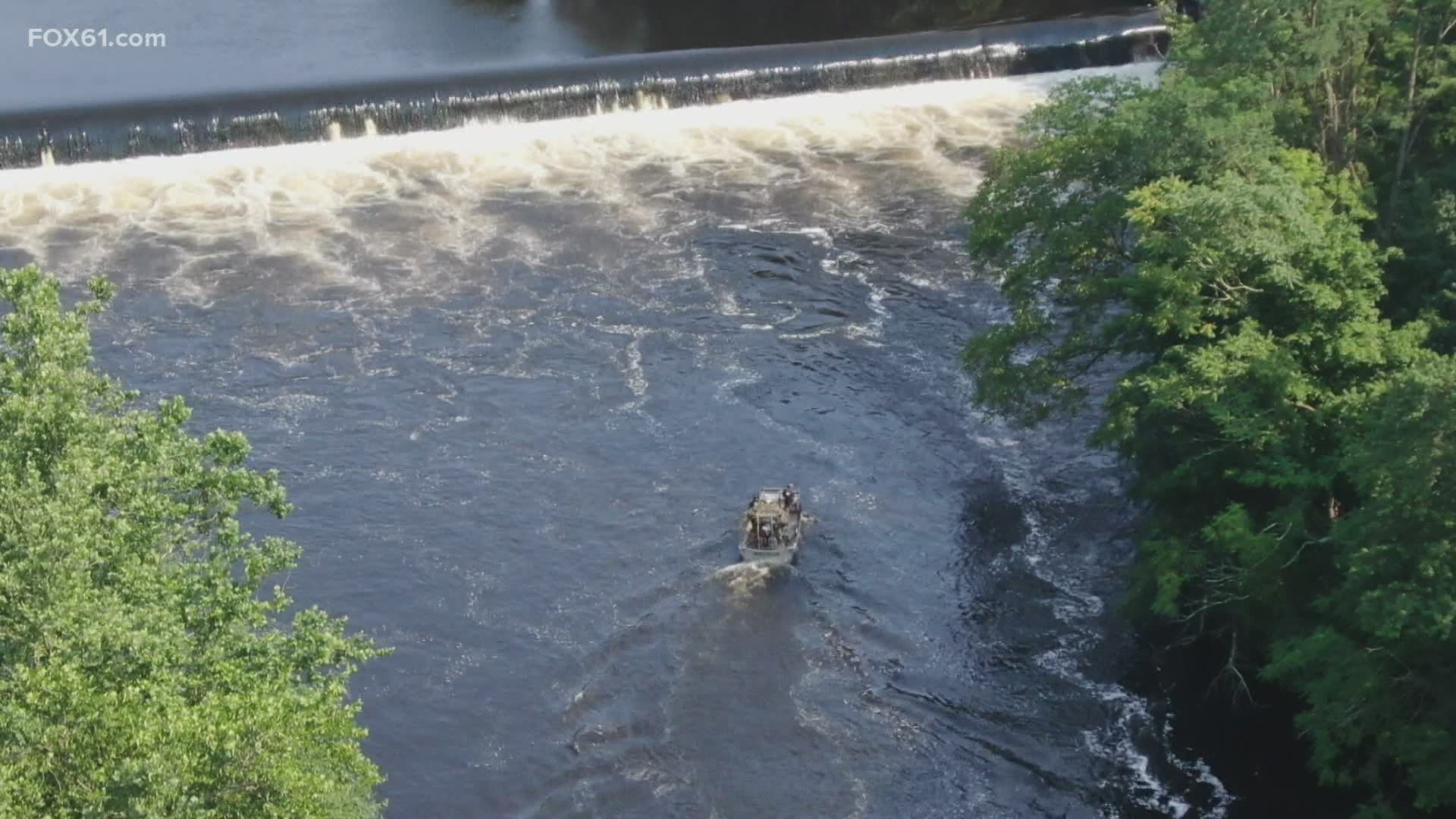 State environmental conservation police say strong currents and high water levels made it too hazardous to continue the search for 15-year-old Lucas Brewer and 17-year-old Anthony Nagore. The effort resumed at about 8 a.m. Sunday but was called off around noon due to conditions. Officials said they were not going to resume the search on Monday.

Police say Brewer and Nagore went swimming shortly after 1 p.m. Thursday, despite a local resident's warning to them about dangerous conditions.

Police said a call had come in around 9 p.m. reporting the two teens missing. Brewer is from Plainville, and Nagore was visiting, according to the school superintendent.

Rescue crews at the scene found some articles of clothing and two cellphones on the side bank of the river, which police said lead them to believe the two entered the river.

The teens were expected home around 5 p.m. but by 9 p.m., the families contacted the police. Silver Alerts were issued for the teens Thursday night.

Captain Keith Williams said that numerous departments are involved in the search. New Milford police were on scene with their helicopter; Burlington and Avon fire departments were assisting with the search; Connecticut State Police's dive team is searching the water, and Farmington police have a drone in the air as well.

Williams said that a resident had seen Nagore and Brewer and warned them about the dangerous water. The river is not yet at flood stage but the current is running stronger due to the amount of rain the state saw in the last week. It's advised those who are not strong swimmers not go into the water.

The water is about 10-15 feet deep in the area that Nagore and Bewer went into and Williams said that it was a popular spot for kids to go when the weather is hot.

There is an effort to help reduce the flow of the water in the river by 50% to help aid recovery efforts.

"It's very sad to know that your son didn't come home that night," said Williams about the search and communication with the families.

Steve LePage, Superintendent of Schools for Plainville, said in a statement: