A former student of Cheshire Academy claims that a ex-teacher sexually abused her and that the school could have prevented it. 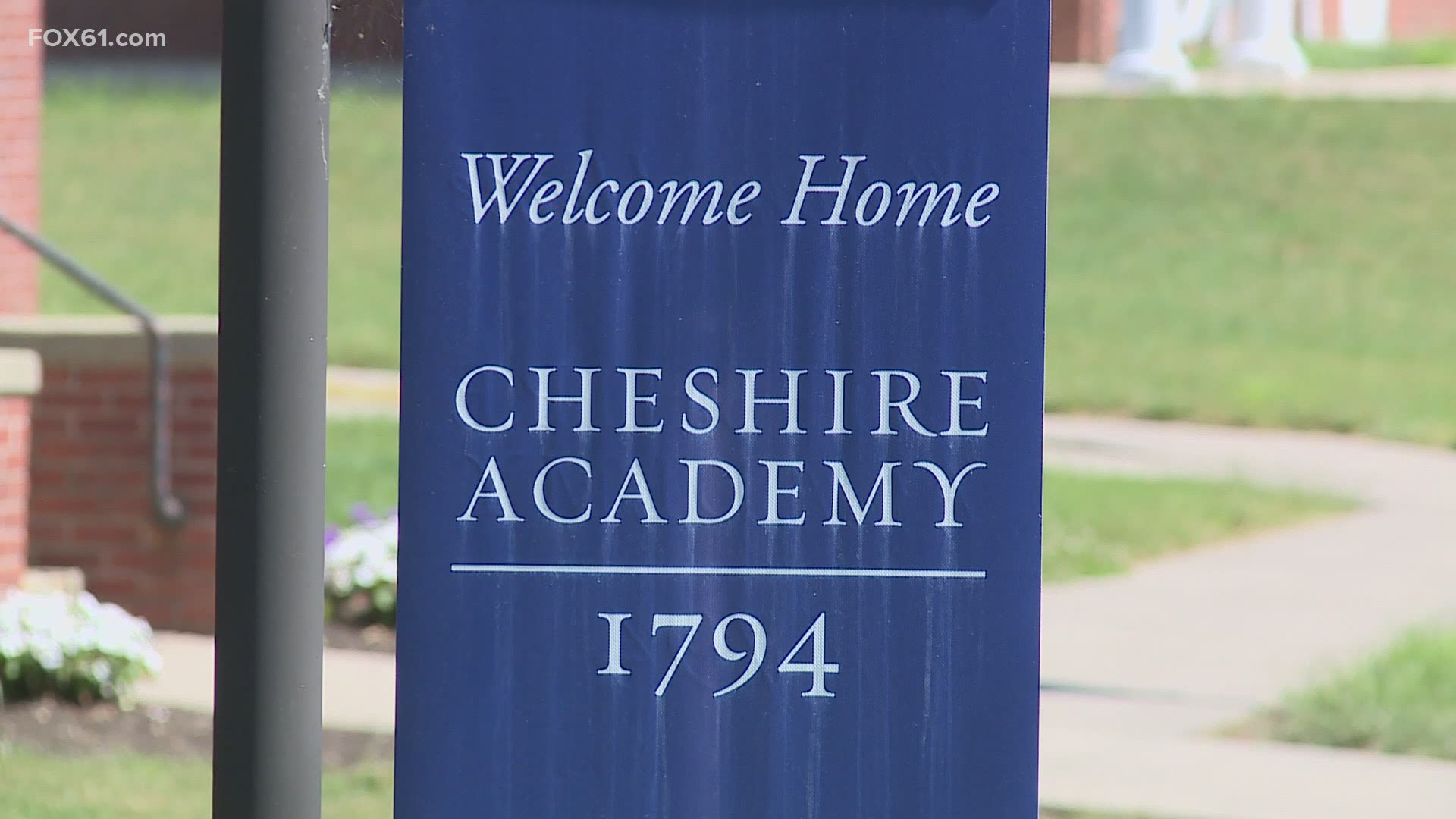 CHESHIRE, Conn. — Cheshire Academy on Main Street in Cheshire is the subject of a federal lawsuit involving a former teacher who resigned back in 2004 and a student who says she was abused by that ex-teacher. “Jane Doe’s” lawsuit wants the School to be held accountable.

Benjamin D. Andreozzi from Esq. a managing partner at Andreozzi + Foote who represents the former Cheshire Academy student says, “It’s imperative institutions that are able to protect children do so, and institutions need to adopt and implement job safety procedures, designed to protect children and dissuade abusers from attempting to gain access to children. If she goes through the process and knows she protecting another girl just like her that’s part of her healing, and part of her journey.”

A federal lawsuit has been filed against the Cheshire Academy on behalf of a former student identified only as “Jane Doe.” There are claims the school could have prevented the girl from being sexually abused by an ex-teacher.

The lawsuit claims negligence in hiring, retention, and supervision for the alleged abuse on school property and during an out-of-state field trip in 2004.

Harrisburg, PA-based Benjamin D. Andreozzi, Esq. represents “Jane Doe.” Andreozzi told Fox 61 News, "We believe the Cheshire Academy was negligent in the supervision of these children and we believe they need to be held accountable.”  Attorney Andreozzi recently filed a federal lawsuit against the school alleging sexual abuse in 2004. Andreozzi tells Fox 61 News, it happened when his client was a 12-year-old, 7th grade Middle School student at Cheshire Academy. And the perpetrator identified in the lawsuit is ex-teacher Matthew Nelson.

Benjamin D. Andreozzi, Esq. added, “There was a ski trip that was sponsored by the school in New Hampshire. It was during the course of this school-sponsored activity my client was raped by a former teacher at Cheshire Academy."

Page 3, paragraph 18 of the federal suit indicates “Jane Doe” was drugged, and held in the former teacher’s hotel room alone when the sexual assault happened. Page 3, Paragraph 15  court documents also reveal the abuse began on the Cheshire campus, where the girl claims she was touched inappropriately in a closed-door classroom after school. Paving the way Attorney Andreozzi says for a life filled with trauma, physical and emotional distress as outlined on page 4 of the lawsuit.

“She finally gathered the strength to come forward and report her abuse. She went to police, confronted the perpetrator and he made an admission to police of having sexually assaulted my client.  It’s not clear why the criminal charges were dismissed, because there was in fact an admission from the perpetrator,” Andreozzi says.

A Cheshire Academy spokesman says the school can’t comment on the legal matter. Ken Mason with Cheshire Academy did email that the school takes the disturbing allegations in the complaint very seriously. "The health, safety, and wellbeing of our students-past and present-are our highest priorities. Comprehensive programs, procedures, and policies are in place that focuses specifically on those priorities. The former teacher named in the complaint was employed by the school in September of 2003-May 2004, no more comment further.” Adding they will answer in court.

The school says Nelson resigned in 2004. The new lawsuit is seeking more than $75,000 in damages.

Benjamin D. Andreozzi, Esquire added the goal here is to prevent this from happening to anyone else. “Really our goal, to protect children in the future by holding these institutions accountable. We think there are a number of red flags the school ignored and had they not ignored them, that’s one of the ways the abuse couldn’t be prevented. We also think had they adopted appropriate policies and procedures for field trips there’s no doubt this abuse was entirely preventable.”

Last week Cheshire police confirmed allegations of the 2004 incident were reported to CPD in 2017 and they referred the case to New Hampshire. State officials in New Hampshire are working to provide additional details. Fox 61 is working to get a comment from Matthew Nelson and his Attorney.