Police say the alleged gunman was able to legally buy the weapons he used in the shooting despite a mental health incident. 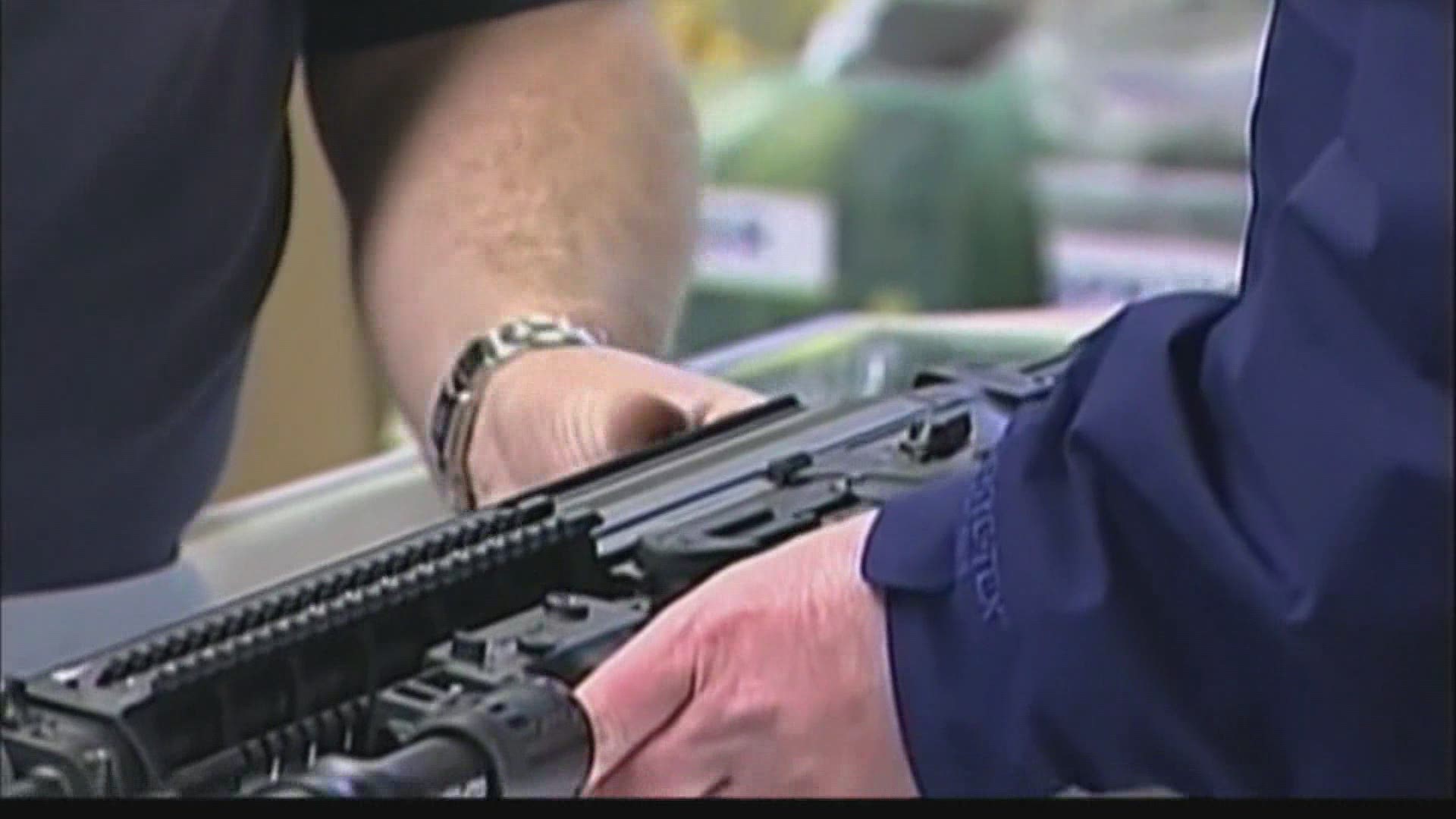 INDIANAPOLIS — IMPD said the accused FedEx shooter purchased two very powerful weapons within the past year that were used in the attack Thursday night in Indianapolis.

According to police, the weapons recovered at the scene were both rifles, including a Ruger AR-556 that was purchased by the suspect in September 2020. The other rifle was an HM Defense HM15F that was purchased in July 2020. Police noted that no modifications had been made to either rifle.

A trace of the weapons by the Bureau of Alcohol, Tobacco and Firearms determined both were purchased legally by the suspect.

Investigators have not yet said how many rounds were fired at the FedEx Ground facility where eight people died and another five were wounded in a shooting that started in the parking lot before the suspect entered the building.

Police said the incident lasted four minutes before the shooter took his own life.

Since the shooting, many people have been wondering how the suspect was able to buy those rifles, especially since his family involved police in trying to get him help for his mental state.

Police say Brandon Scott Hole was able to legally buy the weapons — despite a mental health incident — because the legal process to prevent such a purchase wasn't taken up by the Marion County Prosecutor's Office.

RELATED: What we know about the Indianapolis FedEx mass shooting suspect

McCartt told NBC News the prosecutor's office did not pursue the red flag law against Hole last year when his family contacted police with concern about his mental state.

Indiana's red flag law is also called the Laird Law, after Indianapolis police officer Jake Laird, who was shot and killed in 2004. It allows courts to seize weapons from people deemed dangerous or unstable and prevents them from buying any more weapons.

IMPD said the department seized 191 guns due to the Laird Law in 2020. But for the suspect in the FedEx shooting, there was no red flag, despite a serious mental health incident.

Police reports show Hole's mother notified police in March of 2020 because she was worried her son was seeking "suicide by cop."

Credit: WTHR
Federal agents and police remove items from the home of the suspect in the mass shooting at an Indianapolis FedEx facility.

In a police report from that incident, the suspect's mother said her son bought a shotgun, but no ammunition, from a gun store on East Washington Street the day before (March 2, 2020). When they arrived home, he reportedly became angry with his mother and sister when questioned about the gun, then stated he intended to point it at police so they would shoot him.

Officers went to Hole's home after speaking with his mother. The behavioral unit immediately detained him, took him to the hospital and seized the shotgun at his home. He never got that weapon back, but he was able to buy the two rifles reportedly used in the FedEx shooting — legally — just a few months later.

13News reached out to the Marion County Prosecutor's Office about the application of the red flag law in this case. In a press conference Monday afternoon, Prosecutor Ryan Mears pointed to loopholes in the red flag law that prevented his office from obtaining information to determine Hole was dangerous and prevent him from purchasing firearms.

"What we're required to document and demonstrate is that we needed to establish that propensity [for violence] and this individual was taken and treated by medical professionals and he was cut loose. They didn't do so much as prescribe him any additional medication after he walked out of there... or any medication," Mears said. "So we're left with a situation where we have one incident, he was treated by mental health professionals, they didn't civilly commit him, they didn't prescribe him any additional medication and he was cut loose. And so for us, the risk is, if we move forward with that proceeding and we lose, guess what happens? That firearm goes right back to that person."

He said prosecutors "would have liked" to get a subpoena for the suspect's medical records, but the 14-day time limit to file with the court didn't allow them to do that.

"I think this case shows the limitations (of the red flag law)," Mears said.

Also, on Monday IMPD is expected to share more from IMPD about their FedEx shooting investigation.