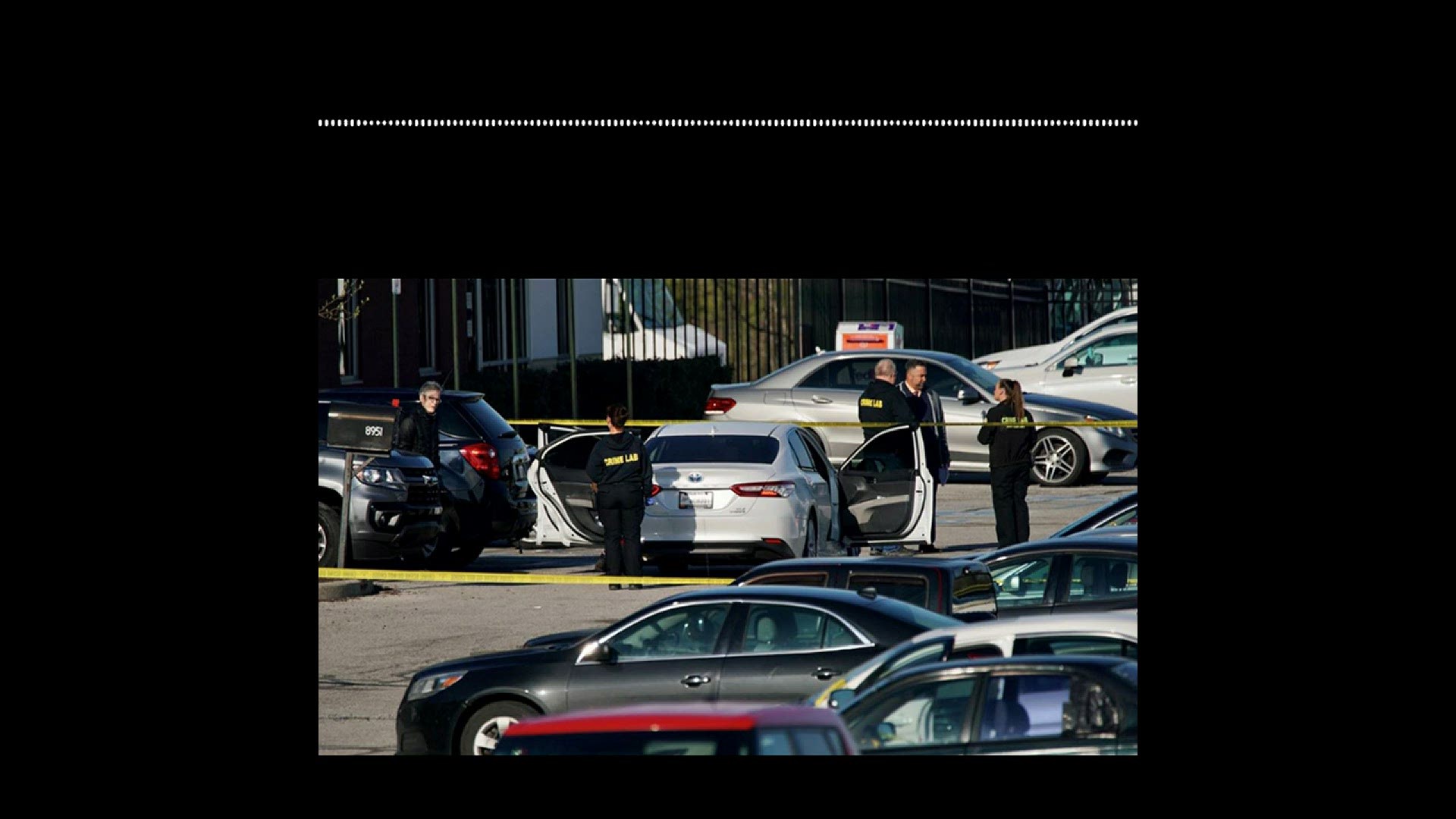 INDIANAPOLIS — Editor's note: The scanner traffic heard in this article has been condensed and edited for clarity and time.

A mass shooting at a FedEx Ground facility near the Indianapolis International Airport left eight people dead and five others shot on Friday morning.

Audio recordings from scanner traffic obtained by 13News give insight into what first responders saw once on scene, and how dispatchers communicated what was happening inside to responding police over the course of 26 minutes.

Dispatchers can first be heard saying they had many units in route to a scene at 8951 Mirabel Road in Indianapolis.

About two minutes into the recording, a dispatcher clarifies a female caller is reporting a person had been shot inside the FedEx.

"Units headed to Mirabel be advised a female caller on the line is advising someone has been shot," the dispatcher said.

Dispatchers then begin taking reports of multiple people shot at the FedEx from people still inside the building. They can be heard communicating that information to the police.

These reports come in rapid succession, and the number of reported victims as communicated from the scanner grows from two to five by the time police units arrive on scene.

Amid these reports of multiple victims, dispatch starts to communicate a description of the shooter.

"Suspect is an older white male, who is on foot and is a possible employee with a rifle," one dispatcher is heard saying.

The suspect in the shooting was later identified as 19-year-old Brandon Scott Hole. Authorities confirmed he was a former employee at the FedEx facility, having last worked there in 2020.

Credit: Joe Fenton/WTHR
Crime lab investigators are on scene of a mass shooting at an Indianapolis FedEx facility, examining a vehicle in the parking lot.

"I think we got the suspect here, inside. He's got a gunshot wound to the head. Ten-zero. Two rifles here. Unless there's another person going to be our suspect here," an officer is heard saying, utilizing the police code, 10-0, for a deceased individual.

A dispatcher clarifies to him there is only one shooter shortly afterwards.

A request was made to alert two hospitals in the area.

"Control...advise Eskenazi we'll have multiple patients. Advise them to be ready. Advise St. Vincent's," a police officer on the ground is heard saying.

Police discovered multiple victims, both alive and dead, inside.

They are heard tending to gunshot victims in the parking lot, even as they worked to evacuate survivors.

"Who has located casualties?" one officer asks.

"There's a person shot," another says in response. "Conscious — barely."

Civilians then begin to evacuate the facility.

"A lot of civilians are coming out. We've done a cursory search on them. Search them again," an officer said.

The identities of the victims have not been released at this time, though 13News has confirmation four of the victims were members of the Sikh community in Indianapolis.