Committee will accept ideas until midnight 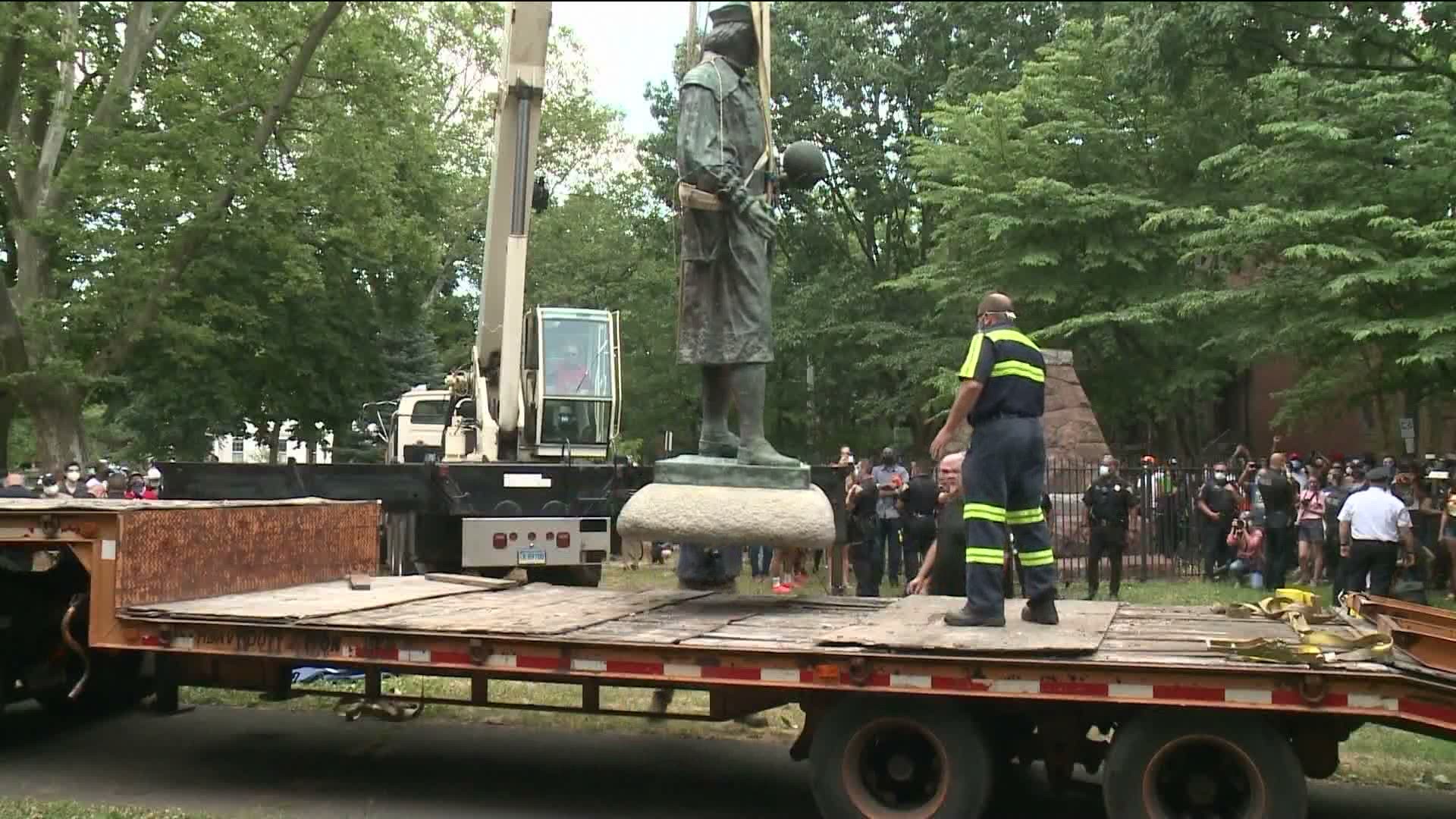 NEW HAVEN, Conn. — Near the end of June, the Wooster Square Christopher Columbus statue in New Haven was taken down amid calls for its removal and it was vandalized.

The new Wooster Square Monument Committee has asked for people to submit suggestions via email.

"The Committee just announced that any interested person may submit their concept or vision for this public art project. Submissions may, but need not, include details about how that concept or vision can be realized. While there is broad latitude for suggestions, the existing base/pedestal will remain. Ideas must be submitted to the Committee via woostersquaremc@gmail.com by midnight on October 12, 2020."

Mayor Justin Elicker said the committee will be made up of over two dozen people. The group includes members of Italian heritage organizations, members of the parks commission, historians, business owners, and members of the community.

The statue had caused controversy as calls echoed across the country for communities to remove statues depicting people from the Confederacy, slave owners, and traders, and other explorers who some say should not have been immortalized in bronze, including Christopher Columbus.

After several hours of securing the Columbus statue, which sat on its pedestal for 128 years, it was lifted from its pedestal and placed on the back of a flatbed truck on June 24, as a crowd looked on.