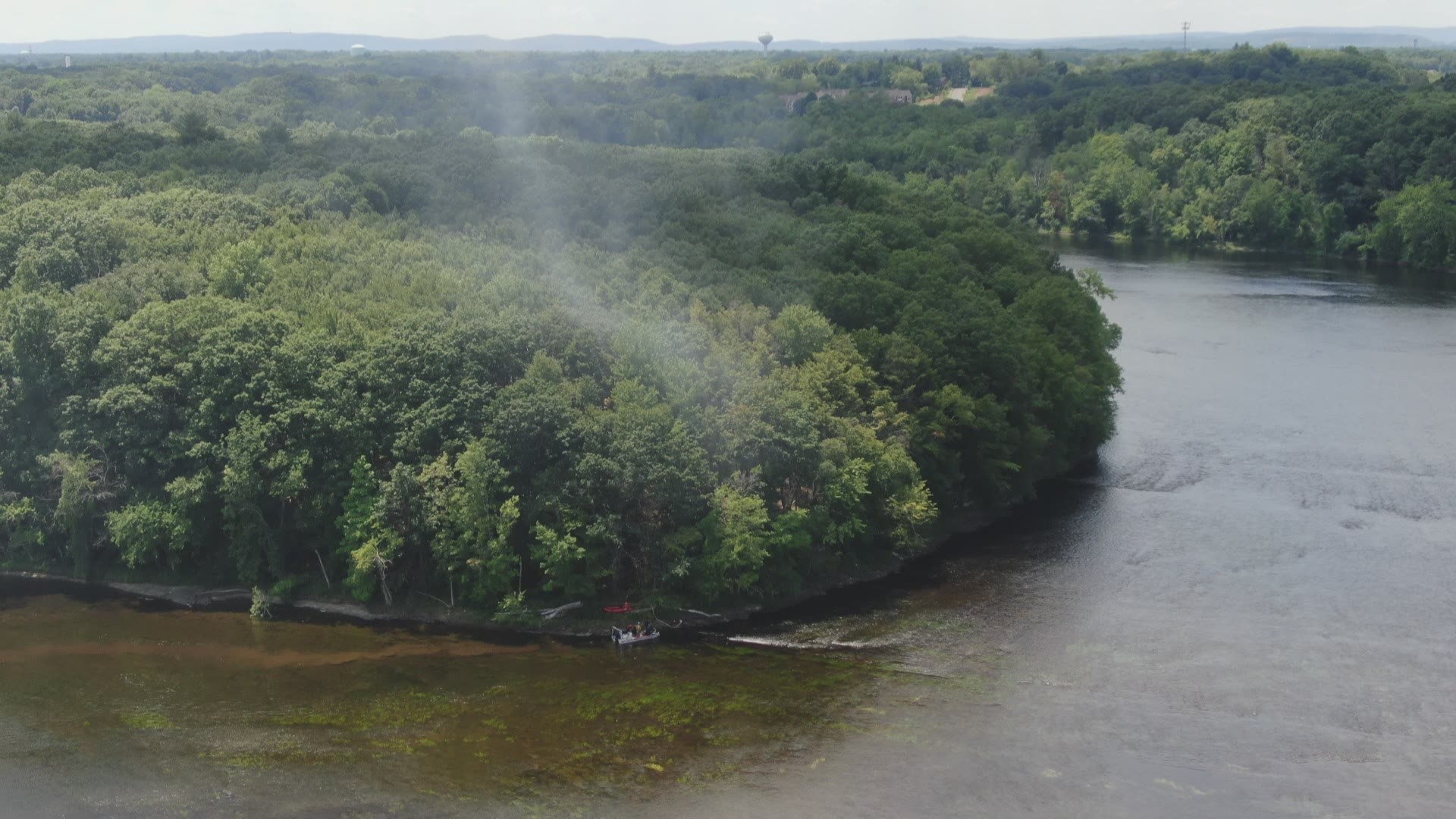 ENFIELD, Conn. — Firefighters from Enfield, Suffield and DEEP Division of Forestry worked to put out a fire that started about noon on Kings Island in the middle of the Connecticut River.

The fire burned about a half-acre, and is under control. The fire appears to have been an abandoned campfire, with an uninhabited tent located nearby.

Officials said the fire was on public land, The small island is uninhabited. It was formerly owned by Eversource.

Officials said the fire is difficult to fight since the water is shallow; efforts were being organized from boat ramp on the Enfield side of the Connecticut River.

There was also a fire on Kings Island last weekend; no word if this is related.