The American Red Cross is helping the family who were displaced by the fire. The house was deemed uninhabitable 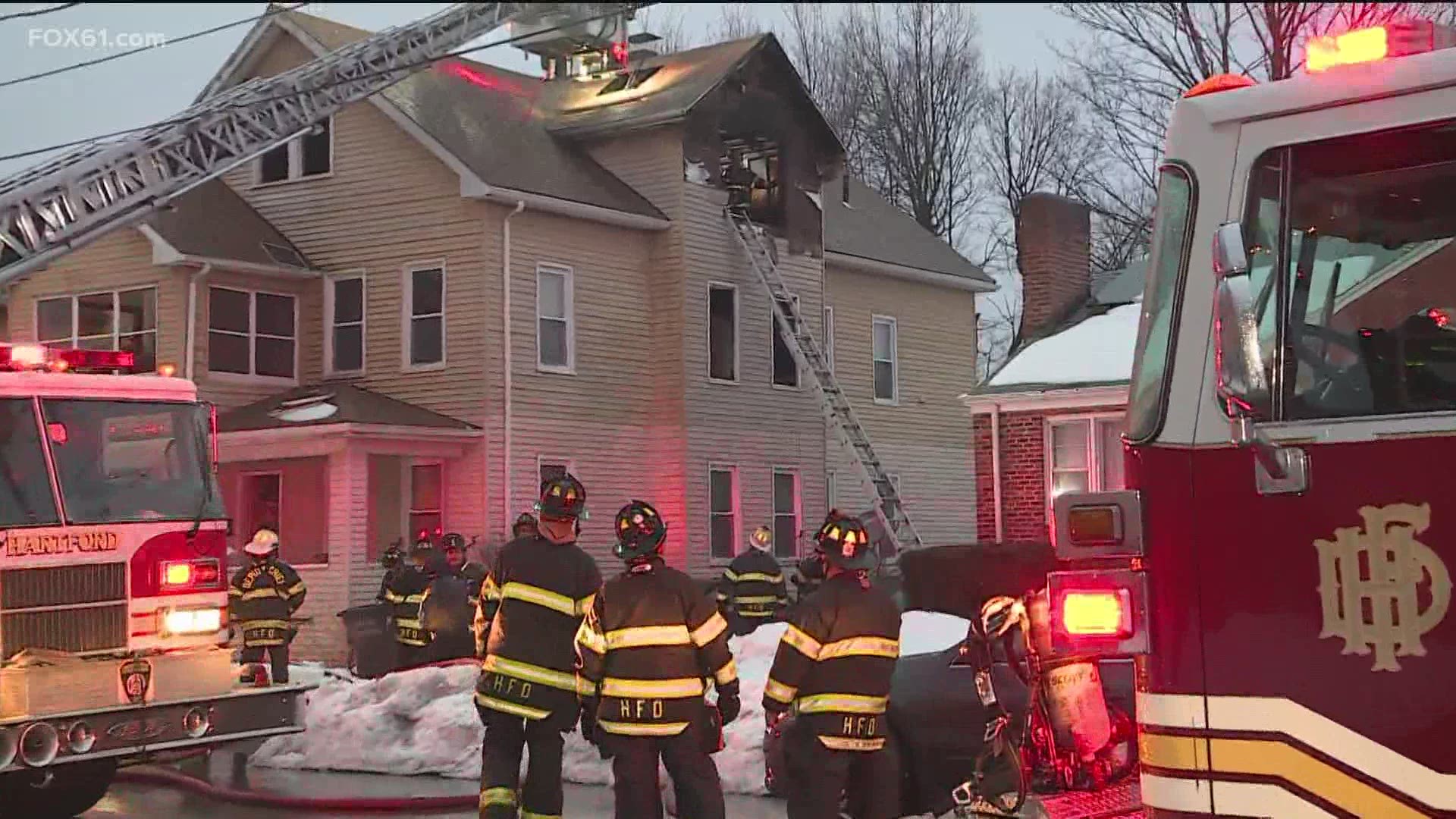 Hartford Fire District Chief and Public Information officer Mario Oquendo Jr. said the firefighters who arrived on the scene encountered heavy smoke and fire. The fire was put out after about 20 minutes.

On Tuesday, the Fire Department deemed the house uninhabitable.

The Red Cross is assisting one family consisting of nine people, seven adults and two children in relocating.

The cause of the fire is still under investigation.