Every firehouse in the city responds to blaze that destroyed center for the homeless. 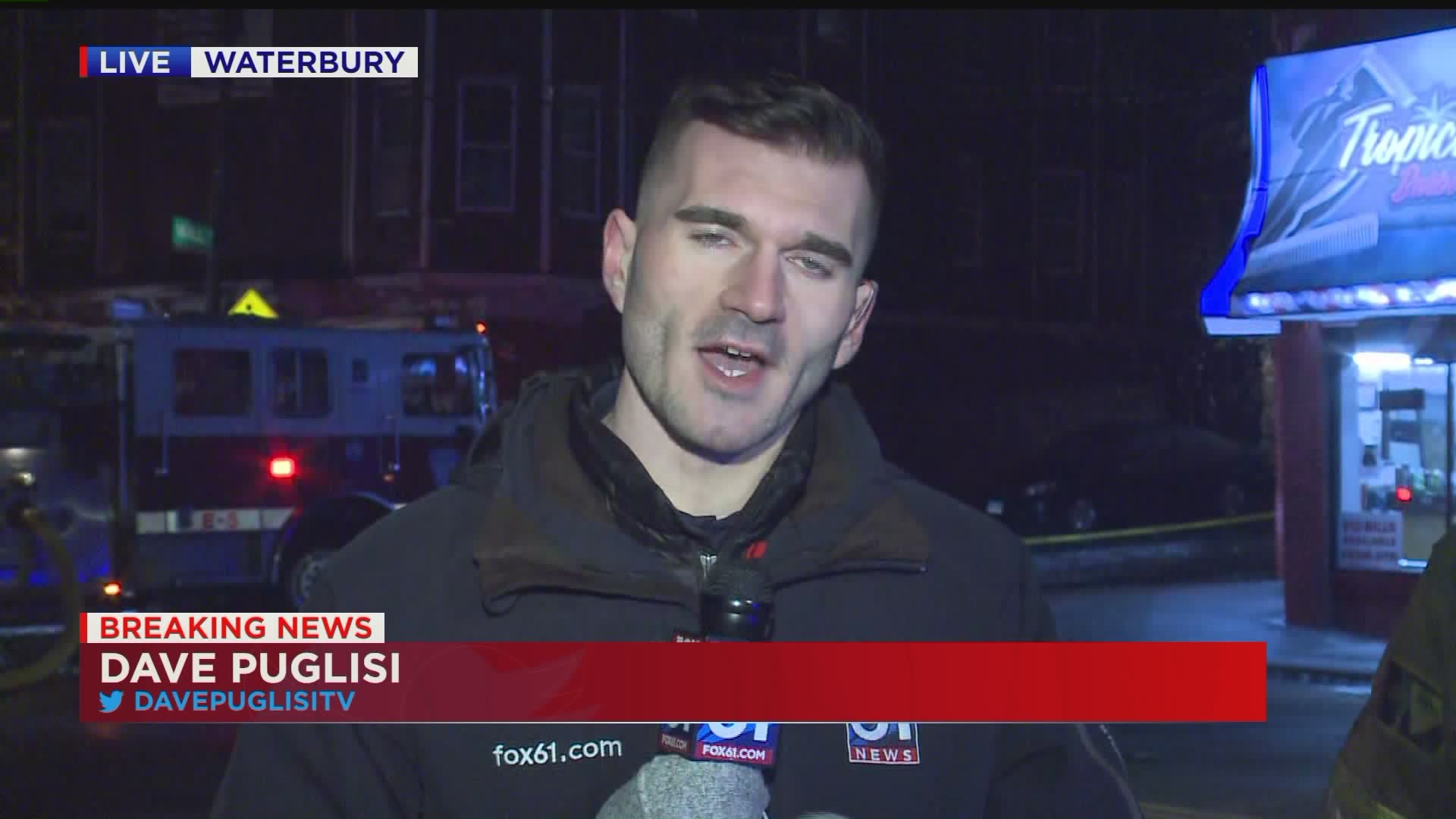 WATERBURY, Connecticut — A 'hospitality center' for the homeless is regrouping after the building that houses the center was devastated by fire Friday night.

Every single fire company in the city responded to the massive fire on the corner of Wall Street and East Main Street. Flames shot through the roof of the multi-story building.

The fire started around 5:30 p.m.  The first crews found heavy fire in the basement. Fire officials said the doors were heavily barred, which delayed their entering the building to fight the fire. The third story and roof were destroyed, and firefighters had to take a defensive stand.

The lower level of the building housed a homeless shelter / warming center and the upper floors were vacant except for two individuals who lived on the second floor.

Those individuals were later accounted for and were not in the building at the time of the fire.

Red Cross is assisting them in obtaining shelter.

The building is a complete loss, but, luckily, there were no injuries.

The Hospitality Center was run by the non-profit Center for Human Development, described as “…a place for people who are homeless to get in touch with themselves and connect with transitional services while in the process of moving towards stability.”

CHD posted a statement on social media thanking Waterbury firefighters, and saying that the Hospitality Centers services will move to their site at 965 South Main Street.

The statement continued: "Our focus now is on transition of the critical services we provide to those experiencing homelessness and housing instability.... In this difficult time our hearts go out to the dedicated staff and volunteers of the Hospitality Center, its visitors, and the Waterbury community, including those who continually offer a range of support for the Center and it’s services."