TPR. Kenneth Dillion was injured during the capture of a suspect on I-84 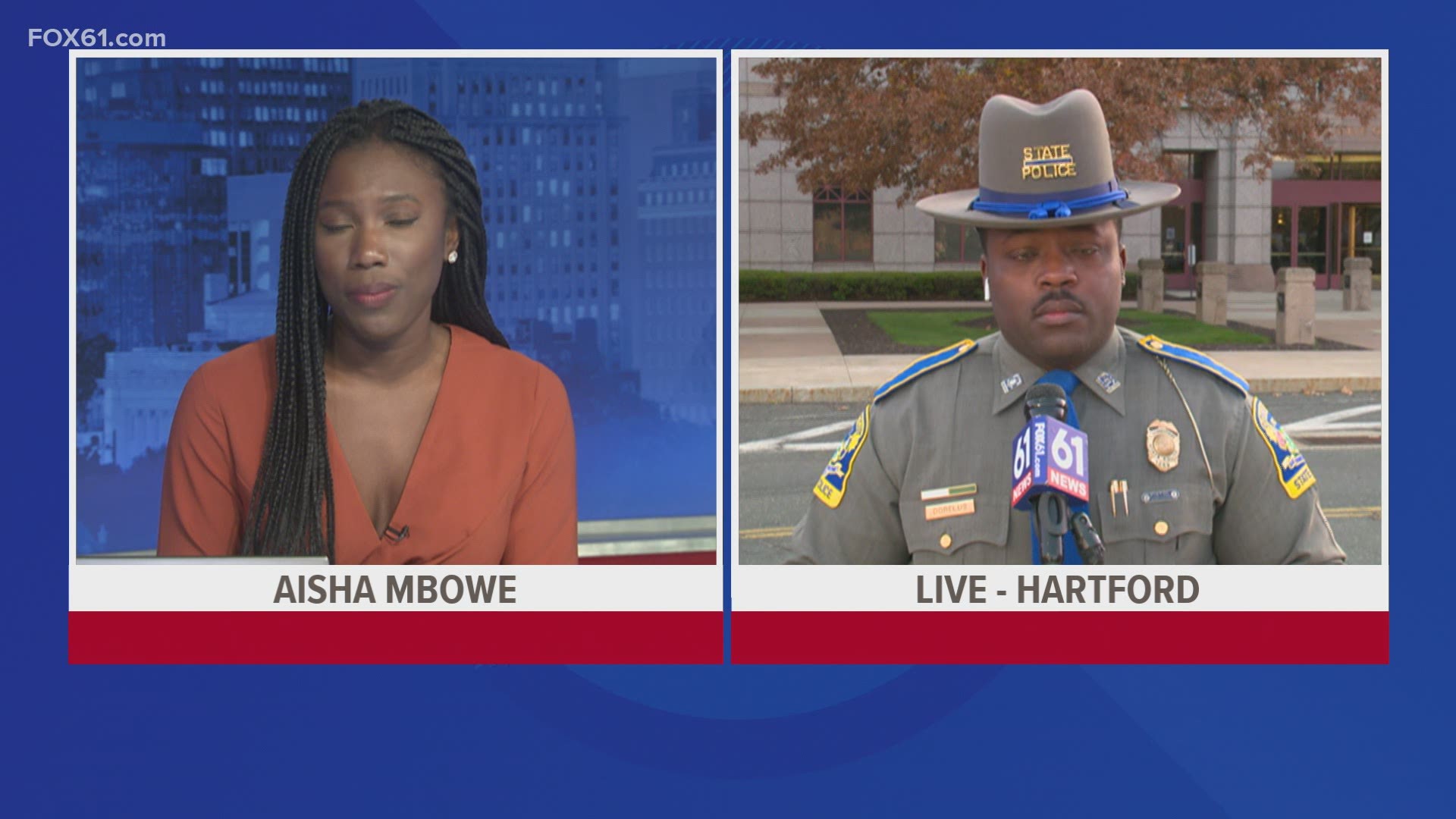 HARTFORD, Conn — An update on an I-84 traffic stop from Friday night when a trooper was knocked over while trying to pull over a swerving vehicle in West Hartford.

A member with State Police joined us for our First and Finest segment on the FOX61 morning news.

It started when police began receiving numerous calls that there was driver on the roads swerving dangerously on the highway. State police say Trooper Kenneth Dillion was in the area at the time.

He wasn't seriously hurt, and both responding troopers ran back to their vehicles to chase after the suspect.

That's when one of the troopers hits the truck, and causes it to spin out.
Police says Dillion is an exemplary trooper who goes above and beyond even outside his duties as a detective.