FOX61 has learned that six months later people from a protest last year are just now being arrested. 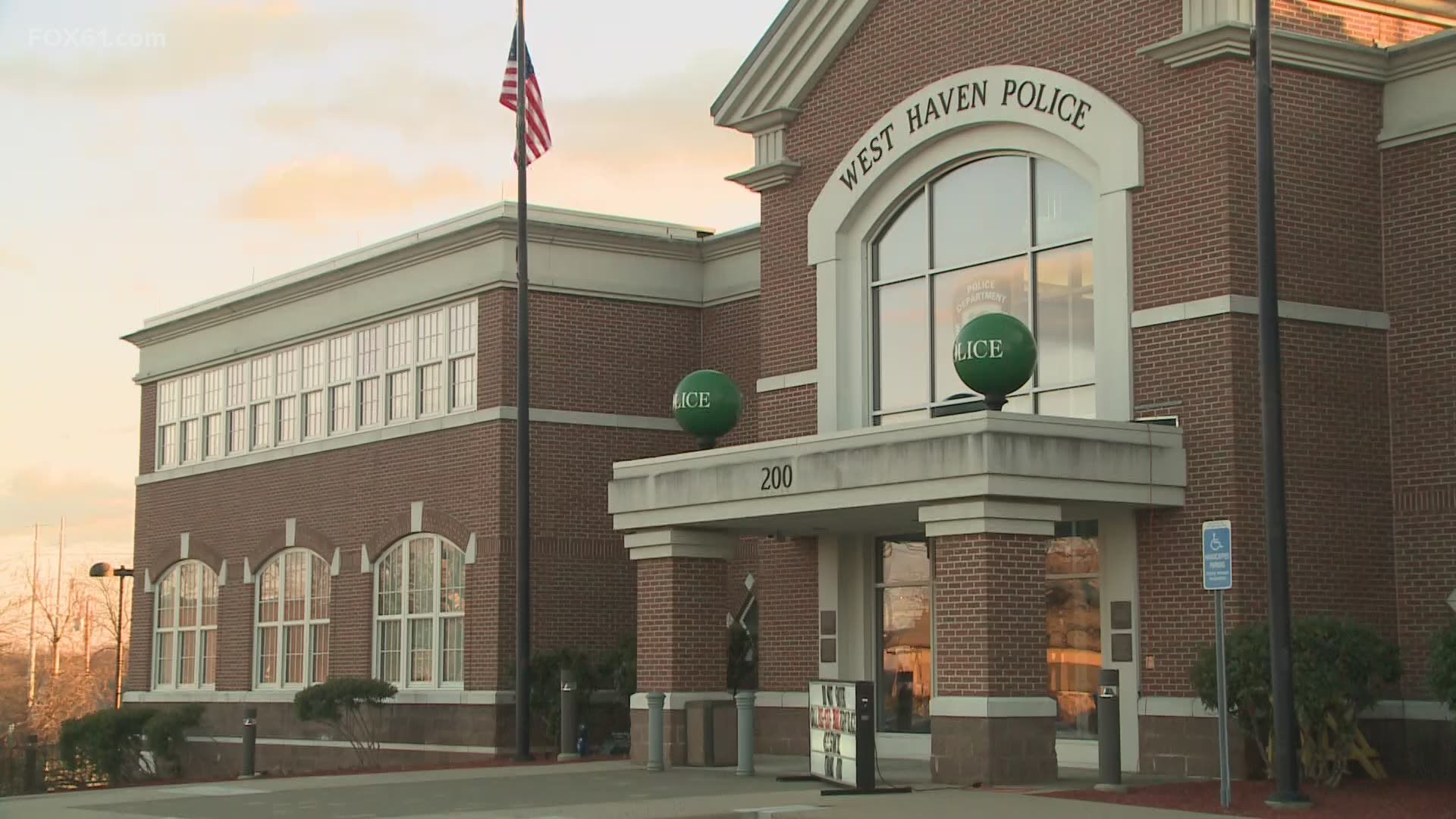 WEST HAVEN, Conn. — Concerned citizens and some officials are asking new questions about how police are handling people who protested in the streets in the middle of the summer.

You may remember when FOX61 brought the story where a woman was seen driving her car through a crowd of protestors this past summer.

The incident resulted in 3 protestors being arrested and two hospitalized. The woman has since been arrested according to Mayor Nancy Rossi.

FOX61 has learned that six months later protestors from this incident are just now being arrested.

As it is now known, two people so far have been arrested for the July 5th protest in West haven.

The attorney of one of the people arrested says police are treading on the dangerous ground claiming this latest arrest is a direct violation of the first amendment.

Alexander Taubes, who is a civil rights attorney, said, “It looks like a witch hunt against protestors where anyone who exercises their first amendment rights in West haven is potentially in danger and that’s repugnant.”

Taubes is followed by State Sen. Gary Winfield who said in an interview, “As you know there are some people who are concerned about the targeting protestors and my hope is that is not the case,

Nadia Vivar and Carlos Burgos were the two people arrested after the July 5, 2020, incident.

Vivar, arrested this past December, is charged with breach of peace, interference with an officer, and assault of a public safety official. Her attorney Taubes says it seems west haven police are coming after protesters.

Taubes said,  “I still have not actually seen the accusations are, that being said this entire process and the entire way this has been handled has been highly irregular, very deficient, and completely reckless with her constitutional rights and raises a lot of questions on how things are being run over there.

Vivar shows paperwork from a private law firm asking Vivar for her insurance information after alleging she assaulted an officer during the July protest.  An allegation she denies.

Vivar said,  “I don’t know… it boggles my mind because I didn’t expect that to happen especially right before the holidays… it’s still taking some time to process you know.

Vivar says she was arrested just before Christmas after Manchester police showed up at her home. It was then she found out she had a warrant for her arrest when she was taken into custody by Manchester police.

According to Vivar, it was here when she says she was shaken due to a West Haven police offer tightening her cuffs where she claims caused bruising.

Vivar said,  “They just told me the warrant was out that day and there wasn’t anything else to be mentioned and they never gave me a reason why they came up now 5 months later about the situation.”

Burgos, who is otherwise known as "Los Fidel," is charged with unlawful assembly and disorderly conduct for the July protest. His arrest was just this past weekend.

He's been outspoken about west haven police in the past but says he is confused by the charges because he only showed up after protestors were arrested.

Burgos said, “Once I heard a friend of mine had been hospitalized and someone else had been hospitalized, I showed up to the scene just to be vocal and show our intolerance for that type of treatment and when I got there it was a bunch of people it was a large presence, we were very vocal, but we weren’t destructive, we weren’t harassing everybody we weren’t doing anything wrong.. I’ve been a part of different rallies in Bridgeport, in Stamford, in Milford, in Norwalk and East Haven and New York, and everywhere West Haven police department is the only police department to issue a warrant out for my arrest.”

In Connecticut, police have exactly one year to bring charges for most misdemeanors, so the charges came well within the window, but Burgos is asking, "why now?"

Sgt. Patrick Baturla with the West Haven Police Department released a statement declining to comment on the investigation but said:

“I can say that warrants were obtained after an investigation was completed and applied for with GA 22 of Milford, CT. I just viewed their charges and do not see a similarity between the two however I can confirm the charges are stemming from the same date in question”

Burgos rebuttals and says, “I think it shows a clear pattern to this harassment and retaliation for us protesting police brutality… and truth be told it’s kind of bullying at this point.”

State Senator Gary Winfield also questions the timeline of the investigation and arrests.

State Senator Winfield said, “It certainly feels abnormal, that’s why we are waiting for the answer, but no I have not seen what appears to be happening here and I would be interested in why it is taking place in the way it is taking place. Again, I hold out until I have the answers and hope there is a good explanation for it or a bad explanation for it.. the point is we need an explanation… I reached out to the Mayor and I still haven’t had an answer to my questions, but the mayor has indicated that she is working on it.”

Mayor Nancy Rossi spoke with FOX61 by phone after the interview with State Sen. Winfield with what she knows so far.

Mayor Rossi said, "Where the case is at in this point in time, I do not know, and yes there have been additional arrests due to the July 5th protest, and some were done very, very recently  and I am told a lot of the hold-up was that they had to go through video footage and also COVID, as we know are not operating the same as we do and not with the same speed as they once did so getting warrants signed and getting things heard  has been a longer process than it normally is."

Brandon Patterson says he worked with West Haven police in the past on a separate protest without incident.

He says he was present at the July protest and says these latest arrests stemming from that protest are concerning and hopes to continue to work on relations within the community and law enforcement.

Patterson said, “Everybody had full awareness of what was going to take place, we coordinated with officers, we did all the work that you could possibly do to make this a safe event, and to see charges still being laid is alarming.”

Patterson says he even received compliments from both police and city officials during the initial portion of that protest, he says things only spiraled out of control after cars drove through demonstrators.

Patterson added he doesn’t want this concern to reflect the entire Police Department saying he has seen good officers in west haven, but those in charge need to be held accountable.

“These officers don’t want to be labeled like this that are working every day and interacting with the community, but if that is what the leadership is basically instructing and facilitating that’s going to be the only way it looks, so let’s stop hurting your department and hurting your community and let’s work together,” said Patterson

At last check, Los Fidel is reaching out to the ACLU of Connecticut for legal counsel, but for Nadia Vivar, her next court date is not scheduled until March.