Dry and windy conditions can be dangerous. DEEP says in an average year, approximately 500 acres of Connecticut woodland are burned by forest fires. 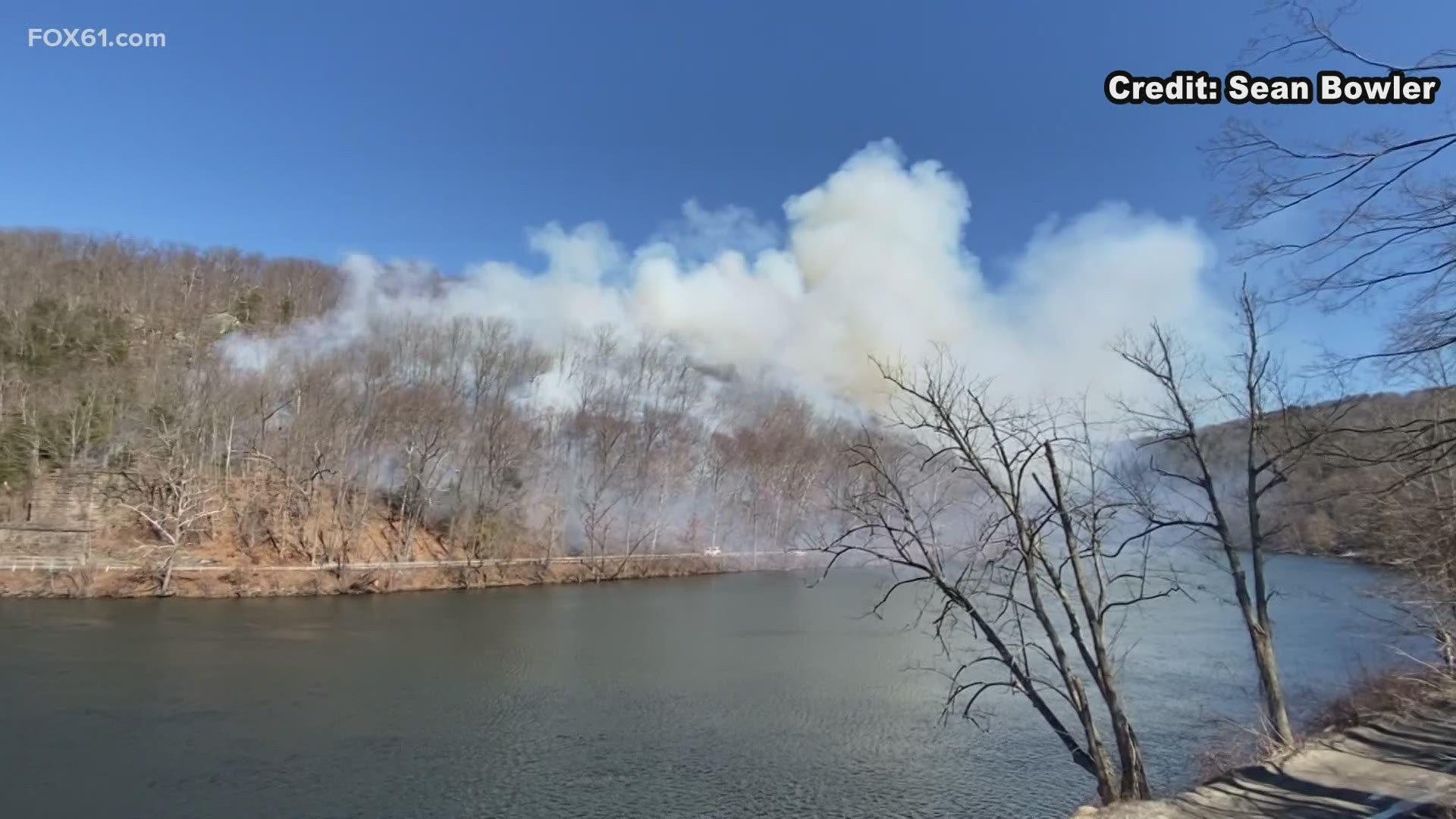 Connecticut Department of Energy and Environmental Protection (DEEP) was on scene in the area of River Road to assist with containing a blaze that was around 30 acres, officials wrote in a release.

Fire officials in Southbury said crews faced challenges because of several downed trees and branches from a tornado that hit the area a few years ago.

"It's very hilly, very rocky, a lot of downed trees so it's very tough terrain. It's not just walking through the flat woods," said Chief Brian Warren.

Video from @FOX61News viewer Sean Bowler shows the clouds of smoke from the brush fire in Southbury today pic.twitter.com/N946AFmyHn

According to officials, the fires were located in the area of Chamberlain Highway, where crews continued to battle them into the evening.

DEEP personnel will return to both sites Saturday to monitor and assist as needed.

Dry and windy conditions can be dangerous, as flames tend to spread quickly. DEEP says in an average year, approximately 500 acres of Connecticut woodland are burned by forest fires.

Connecticut is under a Wind Advisory for gusts up to 50 mph Friday evening into Saturday.

"Wind plays a major factor in wild land fires. Wind direction can change a fire instantly. If they get big enough, they can create their own wind," said Meriden fire chief Kenneth Morgan.