WATERFORD — Foodie Friday is at family restaurant Crown Pizza in Waterford this week. When you walk into Crown Pizza, the smell of homemade Greek dishes a... 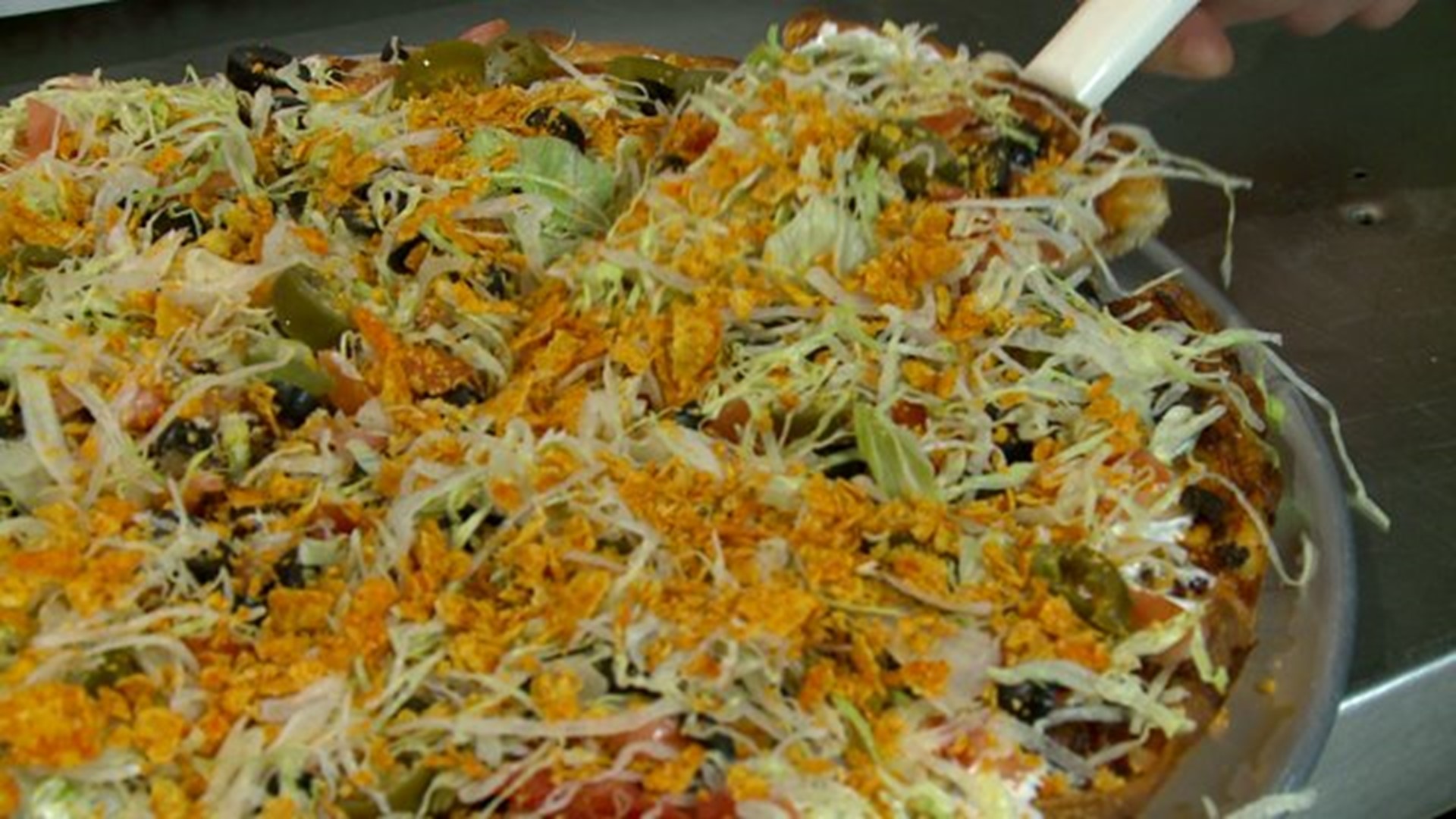 WATERFORD -- Foodie Friday is at family restaurant Crown Pizza in Waterford this week.

When you walk into Crown Pizza, the smell of homemade Greek dishes and a family atmosphere greets every customer

The menu is filled with favorites using made from scratch family recipes from decades ago. Taso Vitsas owns the Waterford hot spot with his parents and sister.

Those hands serve up the uniquely popular taco pizza.

"We cook it with the taco meat so it comes out of the oven and boom," said Vitsas. "We put sour cream, tomatoes, olives, jalapeños, lettuce and crushed up Doritos on it."

The pizza parlor got some unexpected advertising in front of a national audience last fall when owner Taso Vistas got tickets to Game 4 of the World Series from a friend in Chicago, and in return the restaurateur gave his friend a baseball cap emblazoned with his restaurant's name.

That friend left the cap in the dugout, and a TV camera captured it while panning over ALCS MVP Andrew Miller.

"I gave it to him at the World Series and he just put it in the dugout and forgot about it and somehow the FOX cameras caught it and our lives changed forever," said Vitsas.

It is their relationship, two decades in the making, that means the most to this successful pizza maker.

"He's my motivation," said Vitsas. "When I see him, even if it's just for five minutes, for some reason I just see the world more clear and my goals become more attainable, he just has that effect on people."

There's a good chance Davis, who has made it known that his favorite is the taco pizza, could be at Crown Pizza this Sunday for a grand re-opening before heading out to spring training next week.

Do you have a suggestion for Foodie Friday? Let us know by emailing newsteam@fox61.com, reaching out to Sean Pragano on Facebook, or use the contact form below (desktop only):