'God is good': Fort Worth homeless man gets fresh start after generosity from a stranger and Facebook page

Kenneth Smith's boss asked for recommendations for affordable motels, and instead, got an outpouring of support. 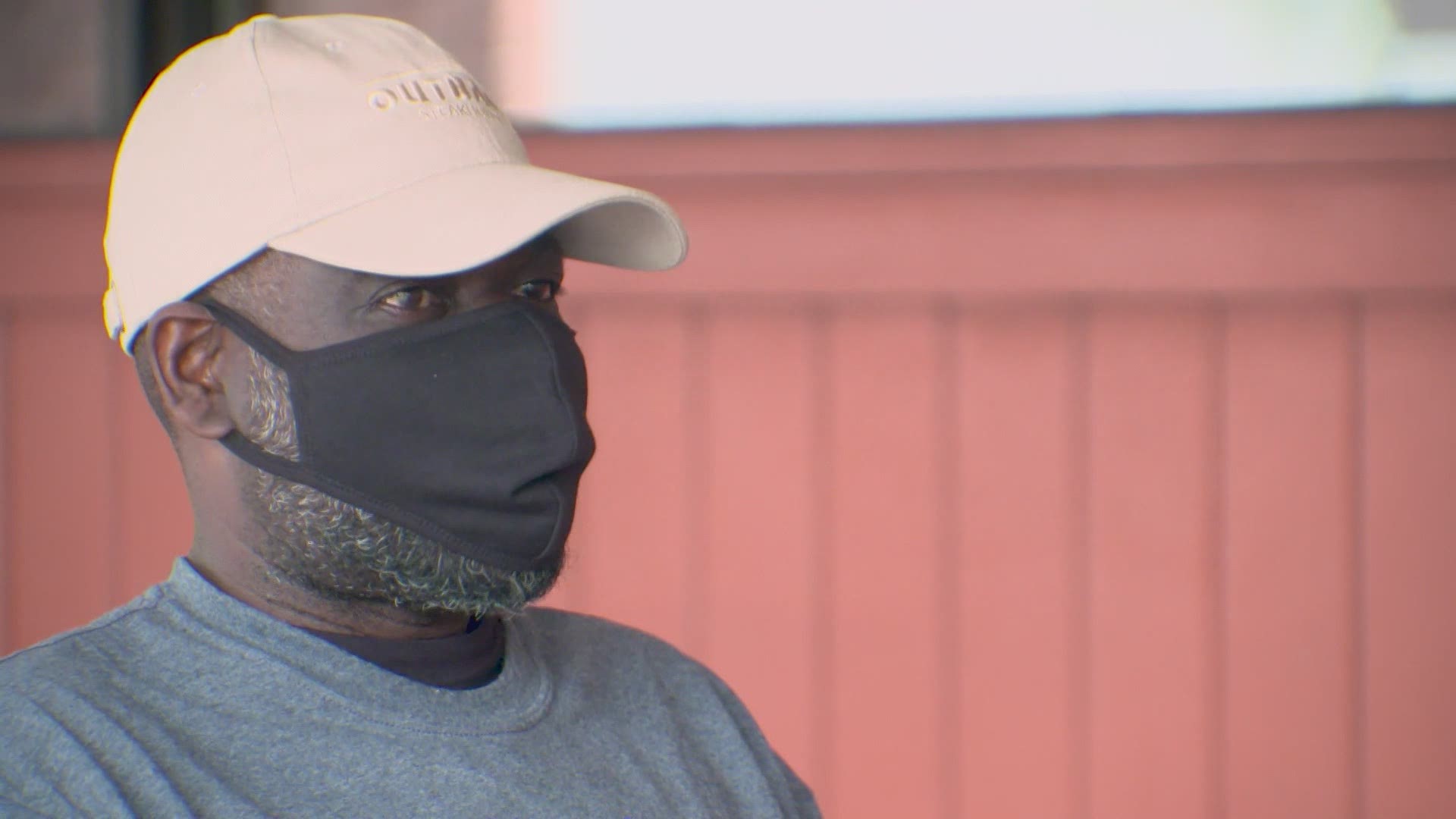 FORT WORTH, Texas — A few months ago, Kenneth Smith was in a chair just outside a Fort Worth Outback Steakhouse hungry and half asleep.

A woman leaving the restaurant approached him.

“I actually chilled after I got through eating because I was big and full,” Smith said laughing.

Sitting in the booth, he got to talking to the restaurant’s managing partner, Laura Hodges.

“I said, ‘Hey, I don't ever want you to want for food or go hungry’,” Hodges said. “I want you to always have somewhere that you can get a warm meal. So, here's my business card. Bring it anytime.”

Hodges runs the Bryant Irving Road location and helped feed Smith off and on for close to five months before he asked for a job. For the past month, he’s been bussing tables and cleaning up.

“I sometimes walk out them doors and glance at the chairs,” Smith said. “I be like, ‘Man, I used to sit in those chairs’.”

Smith still needed help finding a place to stay though, so Hodges posted on the Fort Worth Foodies Facebook page asking if anyone knew of a motel with affordable rates.

Instead, generous commenters have now paid for six weeks at a nearby Extended Stay hotel, and have donated more than $2,200 along with a bike, clothing, kitchen items and groceries.

“I had absolutely no idea that people were going to latch onto that,” Hodges said. “All they wanted to do was throw assistance out there and resources in any way that they possibly could.”

“I think it’s so much of a good blessing, and it’s wonderful just to have people these days that’ll do things for you,” said Smith.

Smith is saving up his money for a car, then a home and one day hopes to have his own food service business.

“This is a whole new beginning that God has blessed me with, so I’m trying to get on this right good track that he wants me to stay on,” said Smith.

And it all started with a stranger and a $100 gift card.

“We wish we could find her and know who she was because she blessed both of our lives. This has been a great thing for both of us,” Hodges said. “I'm blown away by the generosity of people. It's absolutely amazing.”