Much of the town of Branford is still working through Tuesday's events. 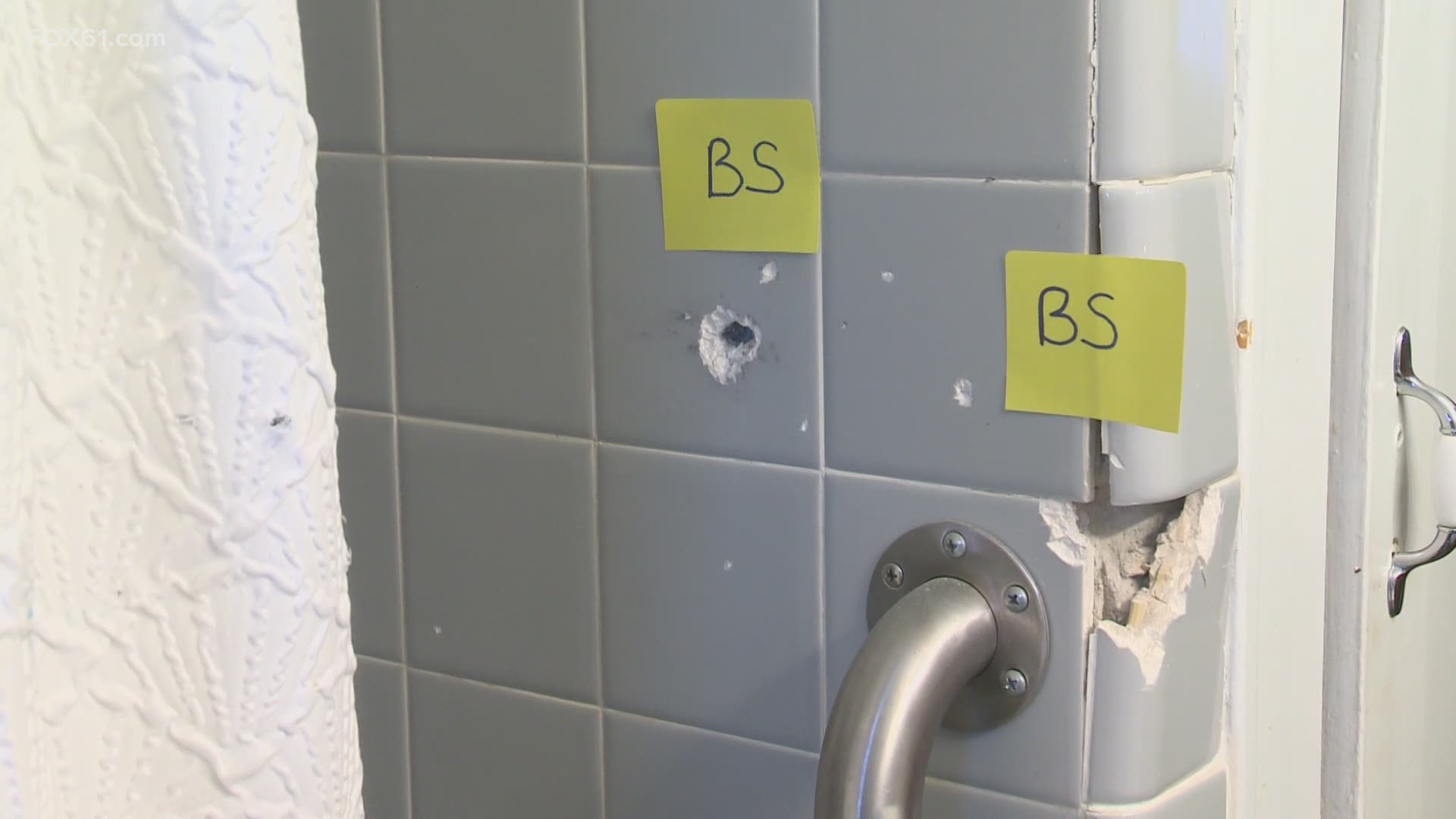 BRANFORD, Conn. — The Parczany’s say they are thankful to be alive after Tuesday's shooting spree that left one person injured and the shooter dead.

The Parczany's live in the home directly behind the shooter’s apartment. The shooter, identified as Matthew Walker by the state's Chief Medical Examiner, shot out some of their windows riddling the house with bullet holes.

"When I saw the windows shot out on TV I thought those can’t be our windows," said Dieter Parczany.

Shattered windows and bullet holes line the walls of the Parczany family home. Two of the shots striking just inches above their daughters’ bed.

"This is emotional. I’m just happy that my child is alive," said Parczany.

More shots ripped through the bathroom cutting through the shower curtain and into the wall. Two more right above the piano where Parczany's wife usually plays.

"After you think about it, I think about how lucky we are to be alive, and we were not here for those circumstances because usually, somebody’s at home," said Parczany.

Luckily, the family was on a weekend trip to Pennsylvania to visit their daughter Amelie’s future college. Amelie says she hasn’t stepped a foot back into her room.

"I run home to be safe. It was an invasion of my home, my privacy and that was so shocking," said Amelie.

Much of the town of Branford is still working through Tuesday's events. Branford Police and the Branford Counselling Center are offering free counseling to residents in need. You are asked to contact them for more information.

"I remember Sandy Hook. I was at another school in Windsor so it’s always in the back of your mind," said Patricia Barbano-Parczany. "We’re still just processing it."

Police say the shooter killed himself with a gunshot to the head at 6 pm ending the seven-hour standoff. One person,  Ashwin Patel was shot in the crossfire. The family of Patel, the owner of Shoreline Wine and Spirit, says he had successful surgery to remove the bullet and is expected to make a full recovery.

A GoFundMe has been created for Mr. Patel’s medical costs. You can donate here.